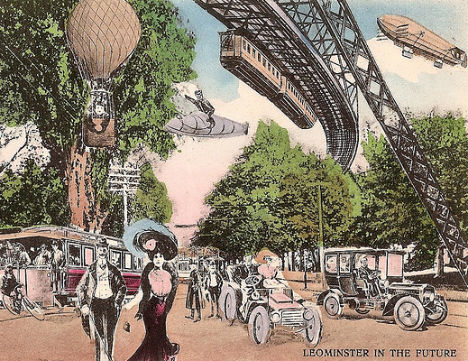 Architects working with robots, firefighters equipped with artificial wings, electric learning machines and airships for everyone: this is the year 2000 – as imagined in 1910 – and it’s a vision of mechanical wonder decked out in Edwardian finery. French artist Villemard produced these illustrations predicting what life would be like at the dawn of the 21st century, and while some are hilarious, others are surprisingly accurate. 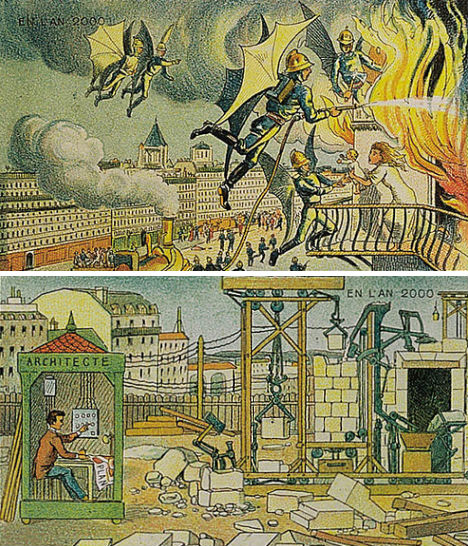 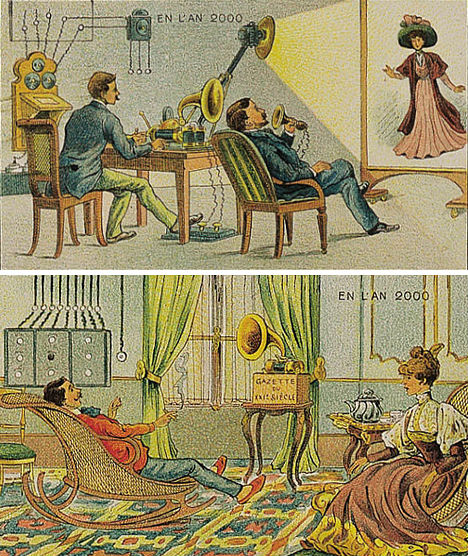 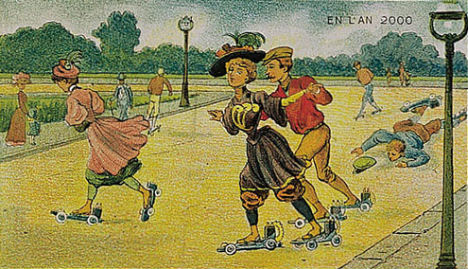 Firmly entrenched in the Industrial Age, the forward-thinking minds of the early 20th century were sure about one thing: machines would play an increasingly vital role in daily life well into the future. Reaching 90 years into the future, Villemard correctly anticipated technological advances like teleconferencing, radio news broadcasts and motorized roller-skates. 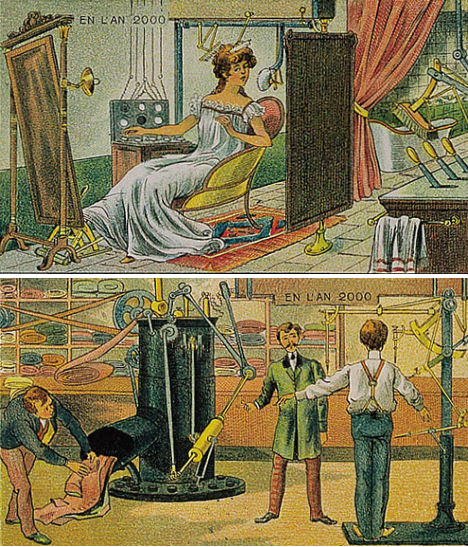 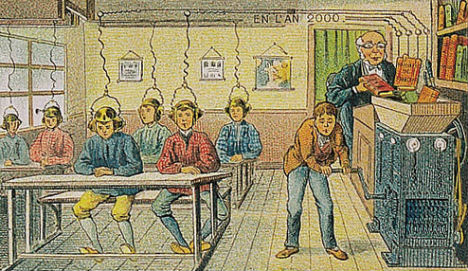 We may not have motorized hair-brushing machines, robot tailors or headsets that enable us to learn by osmosis, but we certainly rely on technology to perform more of our basic tasks than ever before. Villemard’s idea to use radium as a heat source would have proved disastrous, of course, but he wasn’t too far off – nuclear power was right around the corner. 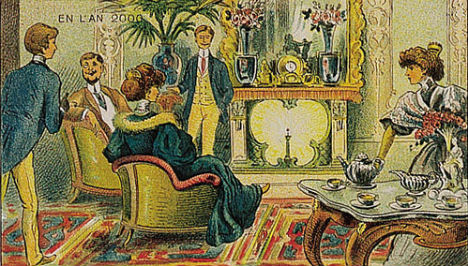 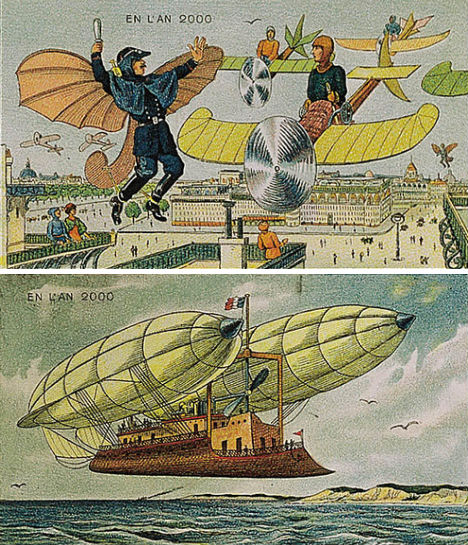 When these images were created, suspended monorails, electric trains, blimps and bi-planes were state-of-the-art technology, seeming like the height of innovation. So it seemed only natural that, by the new millennium, we’d all be navigating the skies in personal aircraft, chased by police officers that resemble flying squirrels. And while floating airships are now largely a thing of the past, we’re still waiting on the flying cars we were promised by futurists so many decades ago.