If you just happen to stumble upon the dilapidated St. George’s Church in the Czech Republic, passing through the crumbling entrance to glance around at the shadowy interior, you might just be in for the most terrifying moment of your life. Abandoned since the 1960s, the church has long since been devoid of human worshippers, but that doesn’t mean it’s empty. Ghostly shrouded figures line its pews, some hovering in doorways and in the aisles. 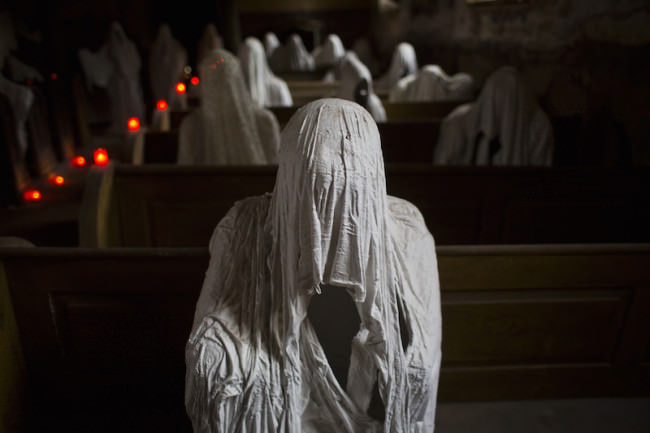 Located in the northwestern Bohemia town of Luková, the ‘Church of Nine Ghosts’ first fell into disrepair after the ceiling caved in during a funeral service in 1968. Locals took that as a bad omen, and boarded up the 14th century structure, holding services outside instead. But many residents saw the church as an important part of the town’s history, and wanted to see it restored. 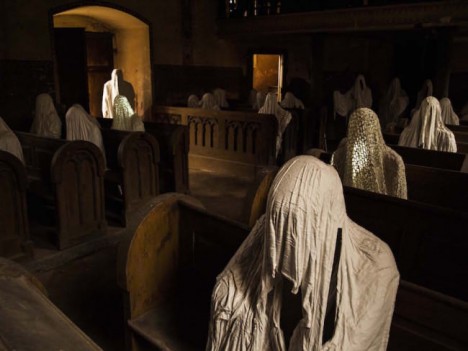 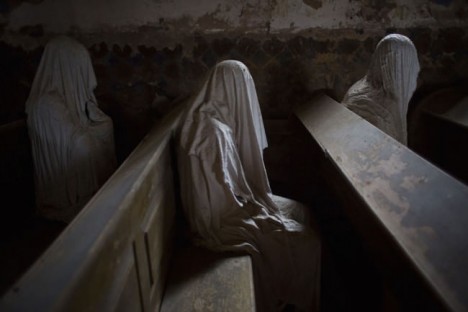 “The figures represent the ghosts of Sudeten Germans who lived in Lukova before World War Two and who came to pray at this church every Sunday,” says artist Jakub Hadrava, who was commissioned to create the installation. “I hope to show the world that this place had a past and it was a normal part of everyday life, but that fate has a huge influence on our lives.” 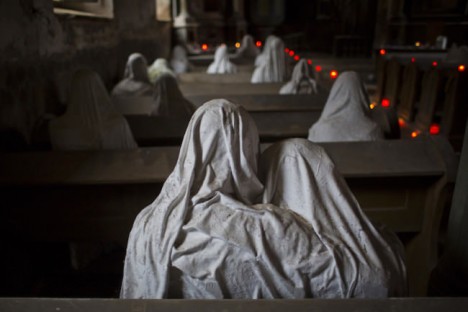 Made of plaster, the ghosts were put in place over the summer of 2014 in the hopes of drawing more tourists to the region, raising money to rehabilitate the historic 1352 church. The plan worked, as people have come from all over the world to see the statues in this unusual environment, and the church will soon be restored to its former glory.