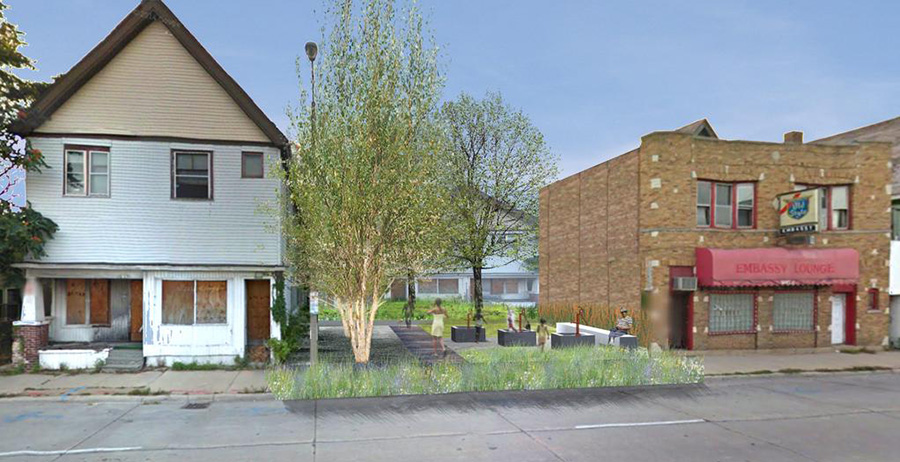 In a dual effort to address urban blight and ailing infrastructure, Milwaukee, Wisconsin, is piloting a new program to turn the basements of abandoned houses slated for demolition into rainwater basins. Meanwhile, the surface expression of these cisterns could be anything from a revealing expression of this new underground infrastructure to micro-parks or urban farms depending on neighborhood needs. 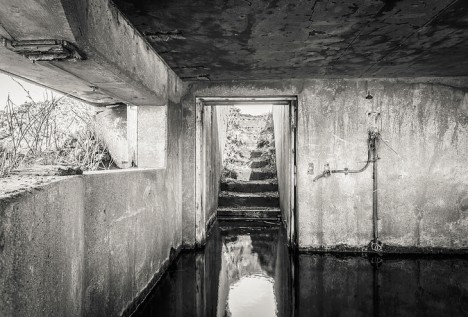 Conceived by Erick Shambarger, the deputy director of Milwaukee’s Office of Environmental Sustainability, “The BaseTern concept is simple. Stormwater will be directed to an abandoned or foreclosed property’s basement, which, after the aboveground structure is demolished, is waterproofed and filled with gravel and stormwater-harvesting cells.” Effectively, load on existing stormwater runoff systems is reduced and complete demolition costs are simultaneously mitigated. 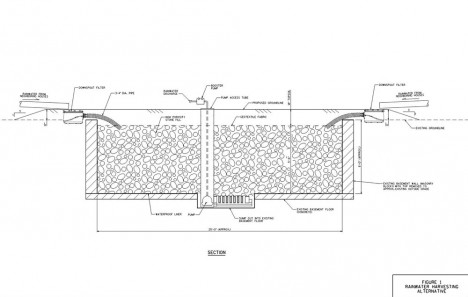 GIS data shows that the neighborhoods with the largest flood risks are also those with the highest foreclosure rates. The city owns over 900 deserted and condemned buildings, now potential candidates for unusual adaptive reuses. A basement cistern can hold anywhere from 10,000 to 40,000 gallons of water during storms and reduce adjacent flooding accordingly. Similar systems could also be deployed in coastal areas particularly susceptible to floods and where many waterfront homes are already being abandoned. 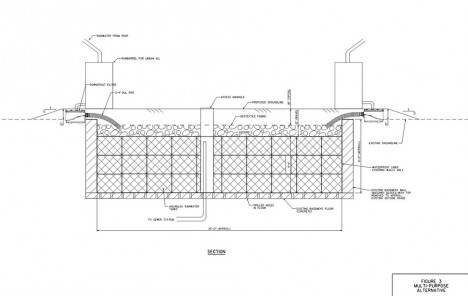 Author Geoff Manaugh observes that “while there is something metaphorically unsettling in the idea that parts of a blighted, financially underwater neighborhood might soon literally be underwater—transformed into a kind of urban sponge for the rest of Milwaukee—the notion that the city can discover in its own economic misfortune a possible new engineering approach for dealing with seasonal flooding and super-storms is an inspiring thing to see.” (Flooded basement image by Naql).