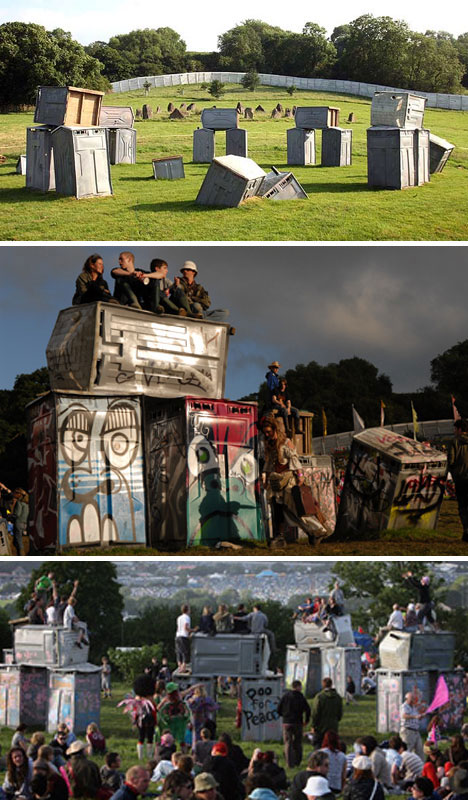 In a rare work of large-scale installation art, Banksy composed a series of portable commodes for the Glastonbury Music Festival in a parody of the famous ancient stone henge monument which resides nearby. However, many people took issue with his farce and their quarrel with his work is potentially partly to be blamed for the graffiti that covered it even before the festival started. However, knowing Banksy, he probably enjoyed the additions to and modifications of his work once completed.