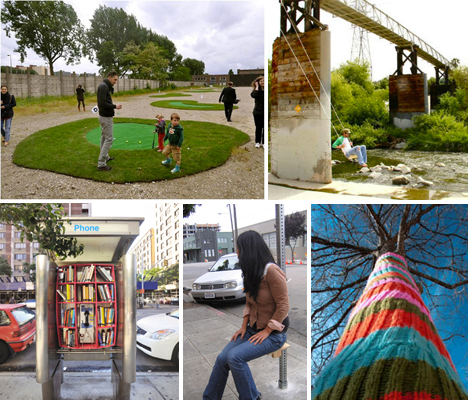 If city officials won’t do their part to make public spaces more fun, efficient, useful, comfortable and creative, citizens will take matters into their own hands. DIY urbanism, or ‘hacktivism,’ is the practice of altering urban environments in ways that aren’t officially sanctioned, whether by turning vacant lots into temporary playgrounds, adding swings to bridges, seed-bombing neglected city spaces or knitting giant hats for bus stop shelters. 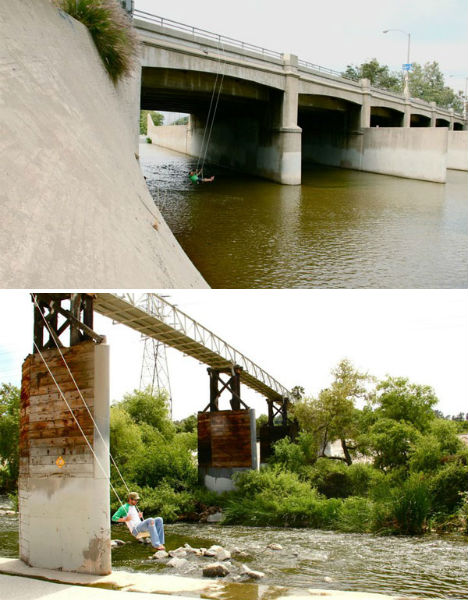 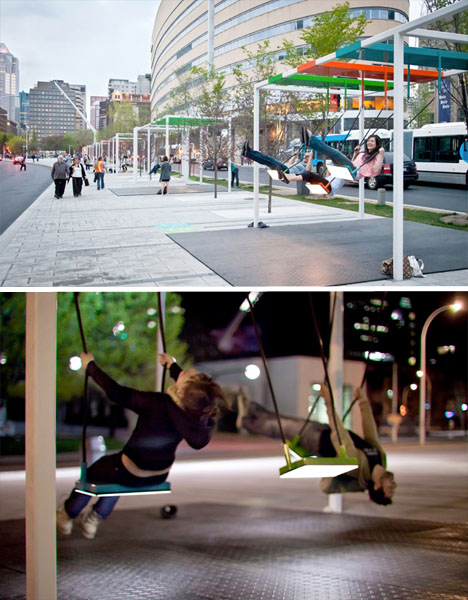 The spaces under piers, beside bridges and beneath industrial remains are transformed into instant playgrounds with surreptitiously installed swings funded by The Awesome Foundation for the Arts and Sciences. The Los Angeles chapter of the group awarded its $1,000 2011 grant to artist Jeff Waldman, who chose underutilized spots around the city to install temporary swings. A similar project hung spill swings from the handrails on San Francisco’s BART public transit system, while the more complex 21 Swings project in Montreal coordinated the urban swings with music for an interactive experiment. 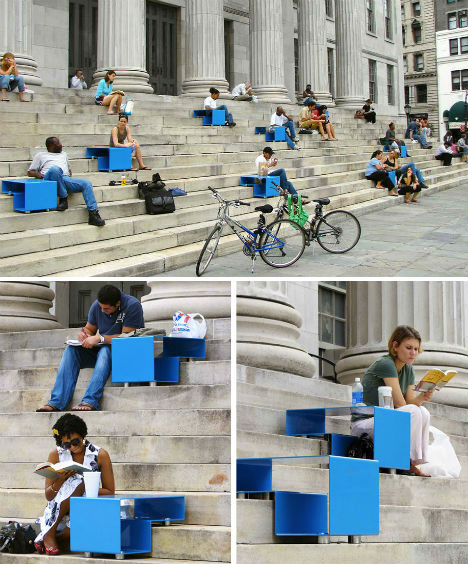 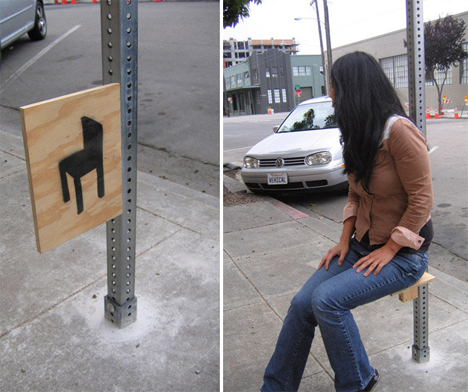 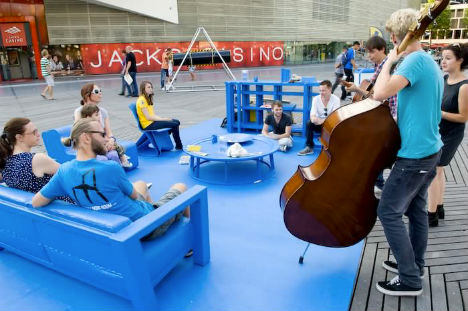 If there aren’t comfortable places to sit and hang out in urban locales, perhaps the people should just create them, whether they turn scaffolding into instant hangouts with bracket-equipped furniture or bring specially made tables that fit perfectly onto public steps. Some temporary installations have gone so far as to create entire urban living rooms complete with couches, bookshelves and coffee tables that invite passersby to take a seat, relax, get to know each other better and enjoy impromptu musical performances. One particularly creative guerrilla seat design is simply a piece of plywood printed with an icon of a chair that attaches quickly and easily to street signs and can be folded up when not in use. 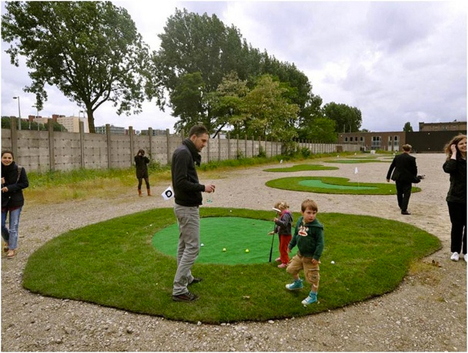 It’s incredibly frustrating when your neighborhood lacks a decent playground or public recreation space, yet multiple vacant lots surrounded by razor wire-topped fences waste away for years on end. Why should such spaces be closed off to the public when they’re not in use? Many DIY urbanism projects focus on reclaiming these spaces with non-permanent setups for community gardens, swing sets and even mini golf. Repurposing vacant lots maintains a sense of vitality and egalitarianism in the community, especially during times of economic sluggishness when planned construction projects are indefinitely delayed. 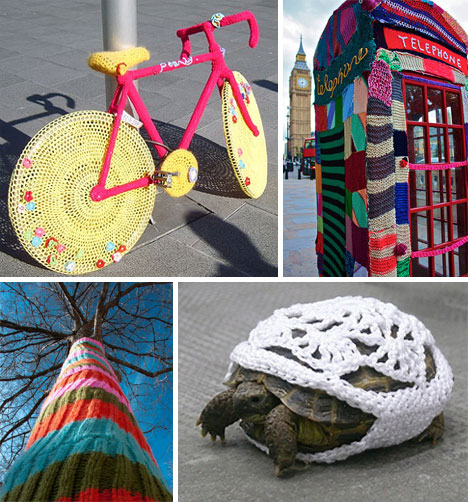 Who wouldn’t smile at custom-crocheted sweaters for trees, phone booths and bicycles? Yarn bombing is the practice of adding knitted and crocheted additions to all sorts of public objects, just for the fun of it. Bus stops are given giant winter hats, bus seats get a lot cozier and stop signs suddenly become red flowers with the addition of green leaves and a ‘stem.’