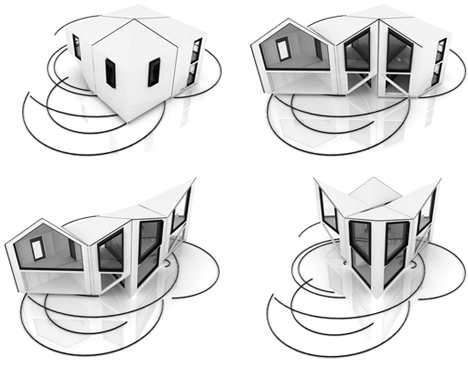 As featured previously on WebUrbanist, the Dhaus is a radical transforming building with eight specific configurations and all kinds of deployments in between. This time around, we have even more from its creators, from models and videos to a new piece of furniture based on the same concept (video and images of the latter at the end!).

But first, a refresher and new details on the house design: “Conceived for the harsh, climatic extremes from ‘Lapland to Cape Horn and Aleutians to Auckland’ The D*Haus concept can respond dynamically to its environment by controlled adaptation to seasonal, meteorological and astronomical conditions.” 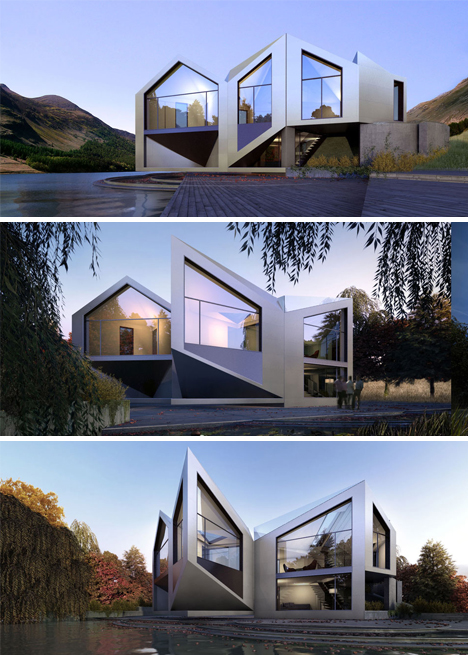 Imagine a view you can control on demand, and exposure centered around annual weather cycles: “The flexibility of the D*Haus allows adaptation from winter to summer, and day to night by literally moving inside itself.” 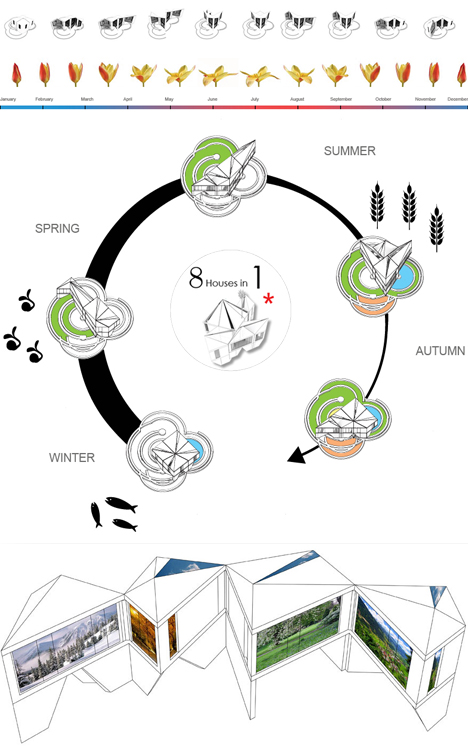 Aside from the seasons, there is also security and open-plan versatility: “The thick heavy external walls unfold into internal walls allowing glass internal walls to become facades. Doors become windows and vice versa.” 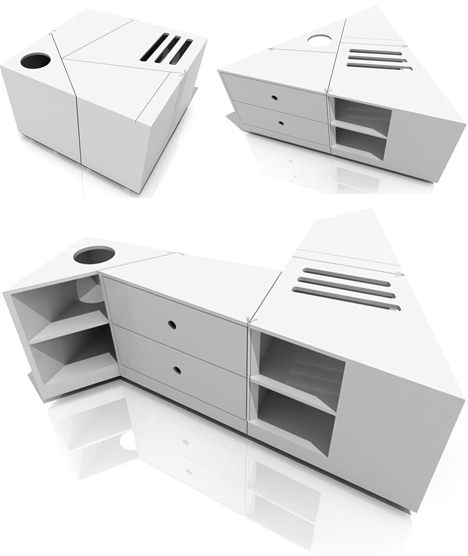 Their most recent design is a table based on the same modular principles of the house – something more people have space for and can afford to own. The D*Table launches on Kickstarter tomorrow. Like its larger counterpart, it consists of four pieces that can be swung inward, out and around into various functional settings fit for different uses and interior layouts.