An ambitious infrastructure conversion project in Singapore will turn 15 miles of a abandoned rail corridor into a continuous mixed-use trail-and-park system stretching from one end of the island city-state to the other. 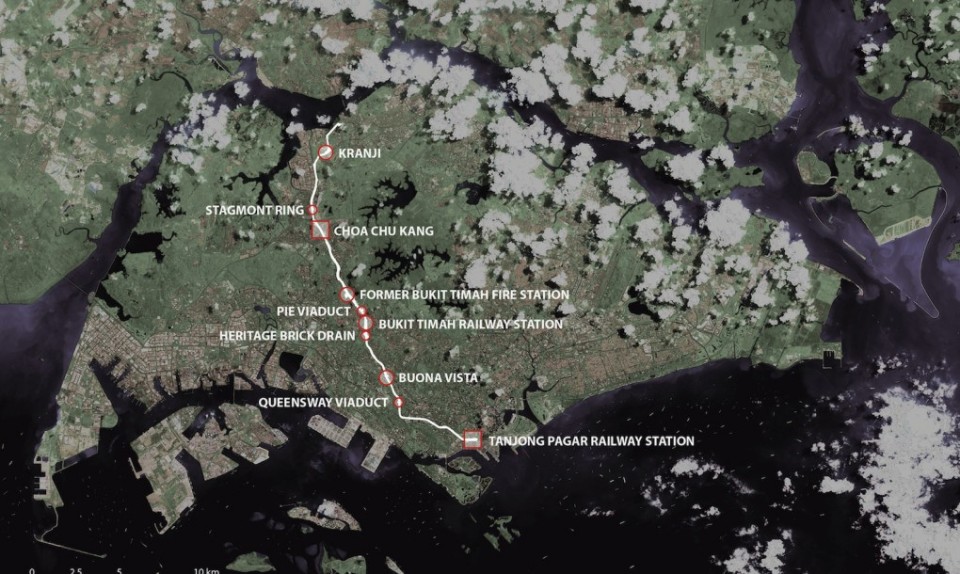 Led by the Urban Redevelopment Authority and designed by Japanese firm Nikken Sekkei, the coast-to-coast master plan features over 100 access points and 20 modular platforms for various uses, strung together with contiguous bicycling and pedestrian paths. 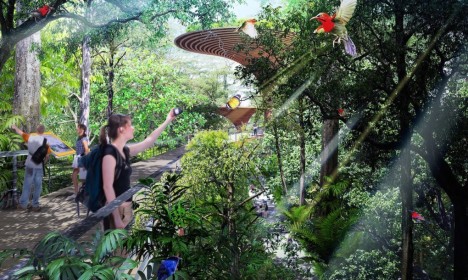 Some spaces will be dedicated to nature-oriented activities, including secluded boardwalks and rainforest viewing stations. Other nodes will be community-oriented, with outdoor movie projectors, climbing walls, information stations, food vendors and additional activity centers. 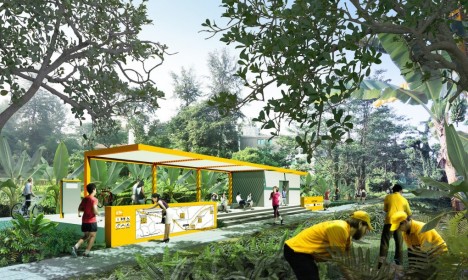 The southern terminus will be the Tanjong Pagar Railway Station, and the long route north will bring the trail system past a series of both remote and urban areas, under viaducts and over bridges, offering access to city dwellers but also escapes into nature and compelling views. In some cases, redundant infrastructure (like former train stations) will be incorporated into this rails-to-trails redevelopment plan. 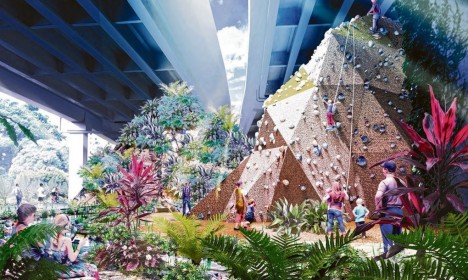 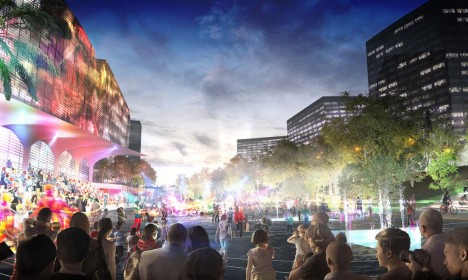 The goal is to create “seamless public space” that prioritizes the “preservation and reintegration of existing green areas and a relaxed extension of modern life,” according to the designers. The rail corridor should be “inspiring, accessible, comfortable, memorable, eco-friendly and growing/evolving … acting as a catalyst to development and community bonding.”