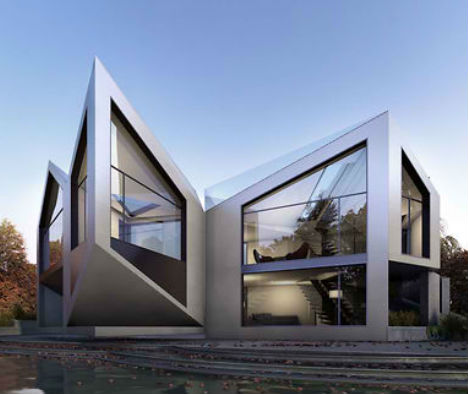 The shape-shifting D*Haus by UK designers David Ben Grünberg and Daniel Woolfson morphs and rotates to remain comfortable during all hours of the day, and all seasons. Designed as an homage to mathematical geometries, the experimental residence changes into eight different configurations. 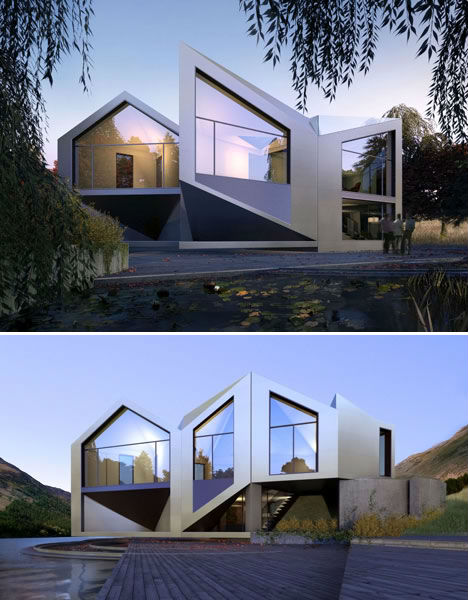 The D*Haus was originally conceived for Lapland, Finland, which has warm summers and very cold winters, but has since been adapted to work anywhere in the world. Its unusual pointed shape was developed around the mathematical formula to transform an equilateral triangle into a square. 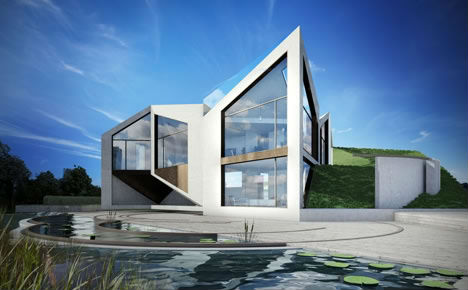 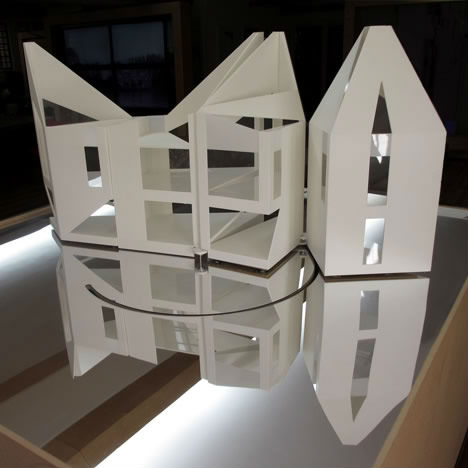 During warmer seasons, the rooms can fold so that what were formerly interior partitions become the exterior walls, blocking out the sun. The whole building also rotates on a circular platform. See more photos and a video at Dezeen. 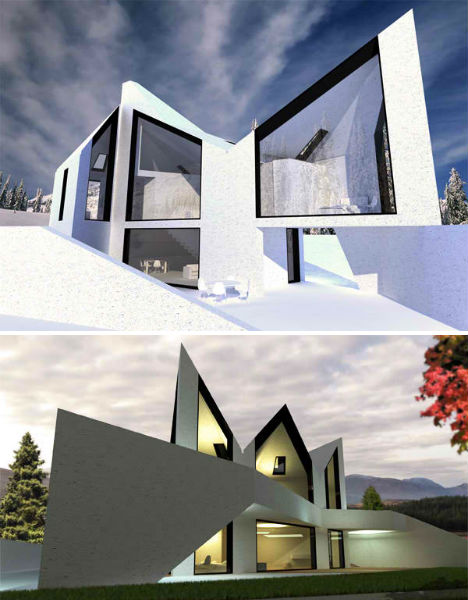 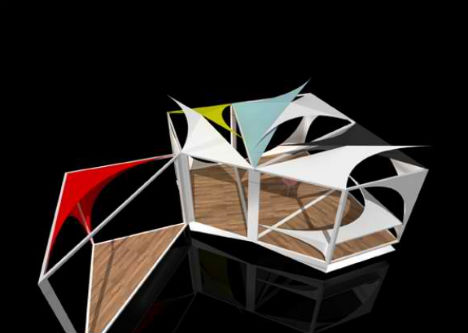 In addition to this rotating home design, the D*Haus range includes static homes with similar aesthetics, such as the D*Static 2000, a well-insulated, high-thermal-mass prefabricated home, and the D*Lux 8000, a luxury home in a triangular shape. Another project by the same designers is the D*Zeebo, a modern gazebo with fabric panels that look similar to the geometries of the D*Haus.