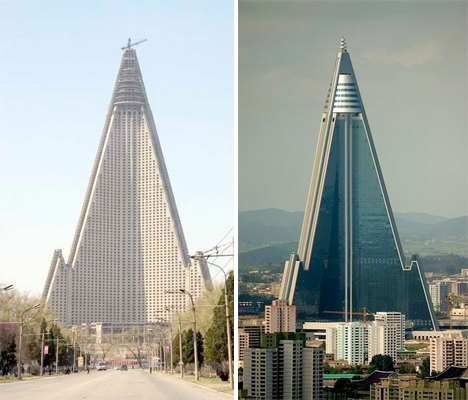 Started in 1987 and still not complete, North Korea’s Ryugyong Hotel is perhaps its most potent architectural symbol, and an odd legacy for an odd and secretive leader. The 105-floor, pyramid-shaped hotel has towered over the city of Pyongyang in a mostly abandoned state since 1992, when construction was halted due to a period of economic crisis after the fall of the Soviet Union. 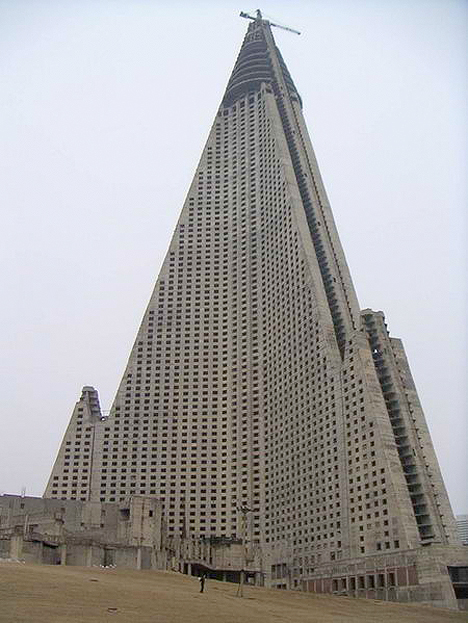 The 1,080-foot-tall (330-meter) tower was slated to be completed this year, but it retains its title as the tallest unoccupied building in the world. It was initially intended to be complete by the 13th World Festival of Youth and Students in June 1989, at which point it would have been the world’s tallest hotel; however, it was eclipsed in 2009 by the spire atop the Rose Tower in Dubai. 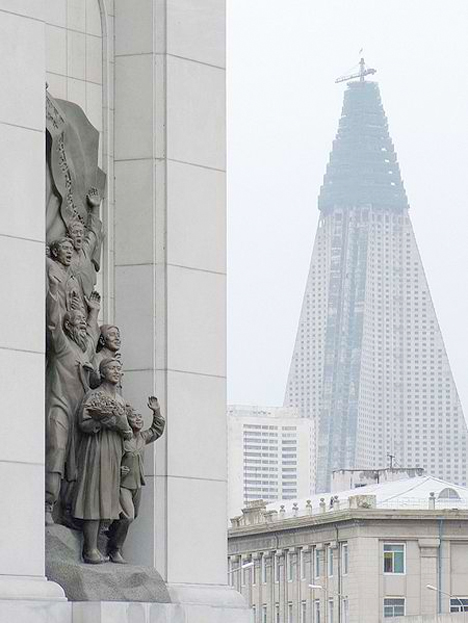 For the sixteen years in which the tower was abandoned, it was a glaring concrete eyesore. Called “The Worst Building in the History of Mankind” by Esquire Magazine, the 3,000-room hotel has sucked up more than two percent of North Korea’s gross domestic product, while a large number of the nation’s citizens go hungry. Why would Kim Jong Il have believed that this city, which is so poor it can’t afford to light up the streets at night, would need to accommodate so many visitors? 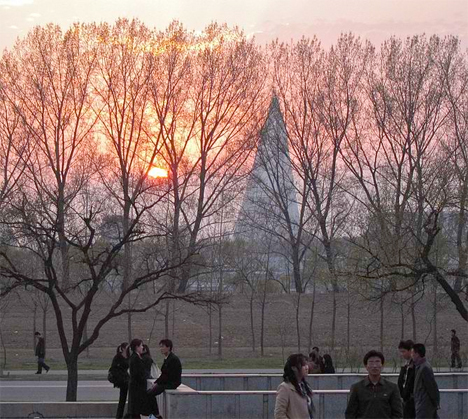 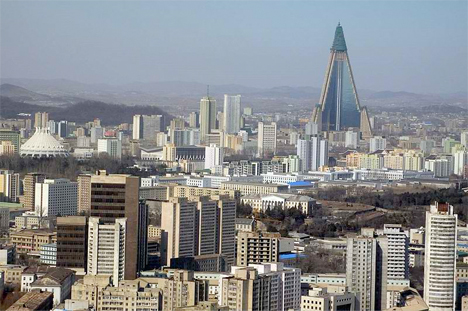 (all images via: Wikimedia Commons)

Construction resumed on the hotel in 2008, and in 2011, the mirrored facade was finally completed thanks to an influx of $180 million from an Egyptian telecommunications company. The group that reportedly manages the hotel has refused to give an expected completion date, saying “Market entry is not currently possible.” The fate of the hotel remains unclear.