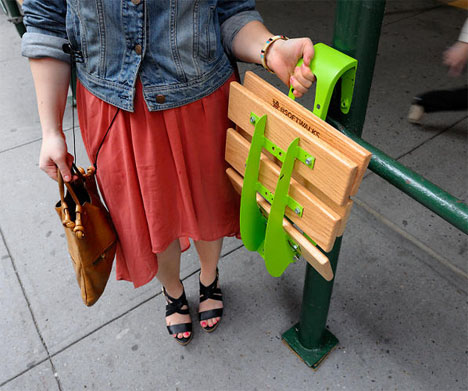 Scaffolding is ugly, and steals valuable sidewalk space from city residents – but with a simple kit of parts that fit onto the frame with brackets, it transforms into an instant pop-up park. The Kit of Parts by Softwalks includes fold-up chairs, planters, counters, light reflectors and decorative screens that snap right onto scaffolding to create impromptu public spaces that encourage congregation and conversation. 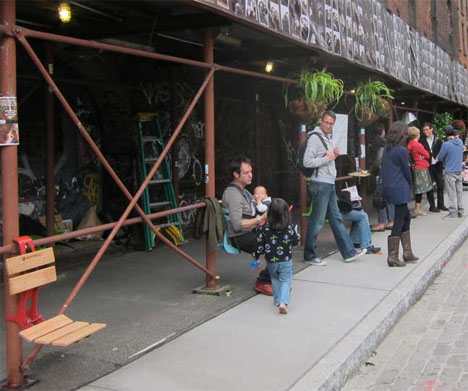 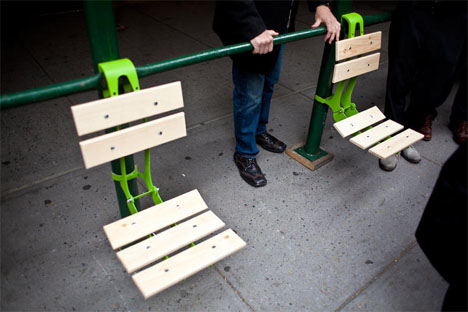 Inspired by the interaction with urban environments that’s fostered by sidewalk cafes and by the sturdiness and ubiquity of scaffolding (or ‘sidewalk sheds’), the designers came up with a few essential components that make for a comfortable resting place. Leaving scaffolding up for long periods of time can have a negative effect on businesses, communities and sidewalk culture, and Softwalks saw an opportunity to change that. 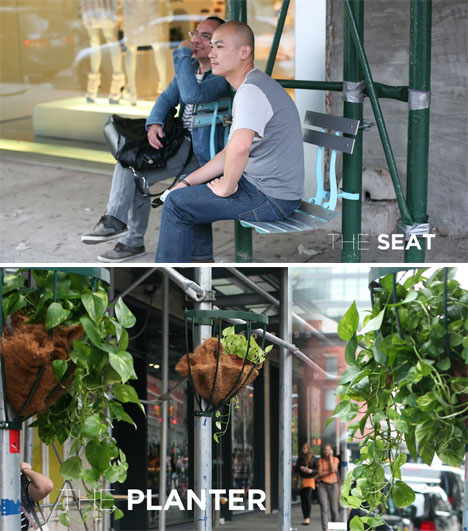 The pop-up park kit can’t be ordered by just anyone, and there’s a reason for that: the designers don’t want people potentially interfering with active construction sites in a dangerous way. But lots of scaffolding is ‘passive.’ The Softwalks team found that in New York City, when businesses fail the mandatory 5-year facade inspection, they sometimes leave scaffolding up for a long time to avoid having to do expensive repairs. In one case, scaffolding remained in place for 12 years. 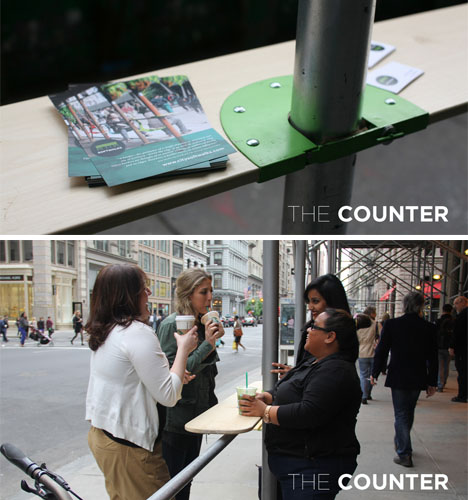 The design team identified an ideal site to install the parts for the pilot project, ensuring that there was plenty of room for pedestrians, and plan to make the kit available to cities for use at special events, street festivals and for temporary installations.