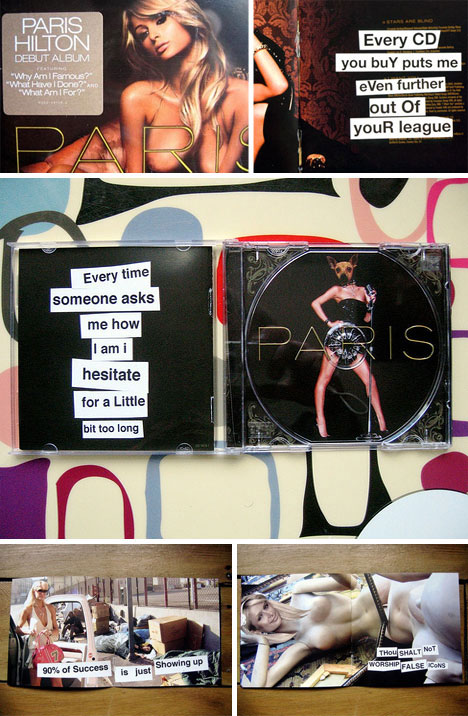 In one of his most well-resolved works of subversive art, Banksy became responsible for the world’s largest droplifting project by depositing hundreds of fake Paris Hilton CDs in a variety of music stores. They were so visually similar to the real ones that many people purchased these by accident and made it home before realizing their terrible mistake. His altered version is dedicated to defaming the popular icon and provide general commentary on the state of celebrity in postmodern society.