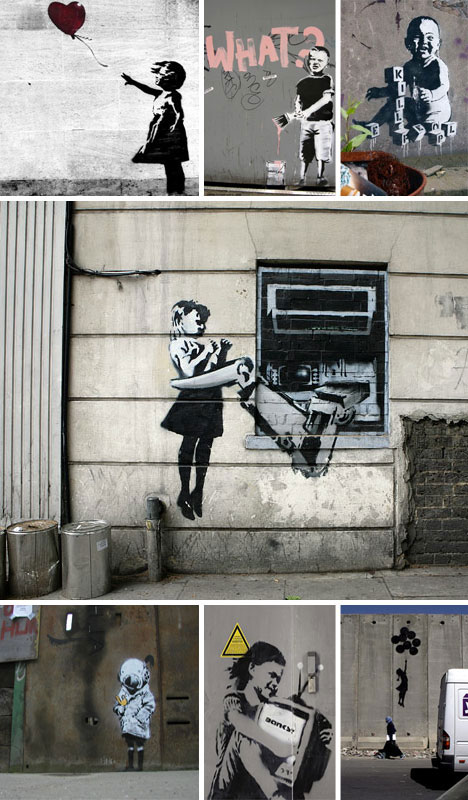 Children constitute another theme that appears over and over again in the graffiti work of Banksy. Generally they are innocents being taunted by outside forces or being tainted by external forces. A little boy accidentally finds himself spelling out a fatal concept, while a curious girl gets mechanically sucked in by a rogue automatic teller machine. Little boys and girls in his art are almost always naive bystanders, shadowed black-and-white figures in a dark and dangerous world. However, any too-simple explanation of Banksy’s use of children would likely be dangerous as well. With his personal history still shrouded in mystery it is tempting to wonder, though, what his own childhood in Bristol was like.