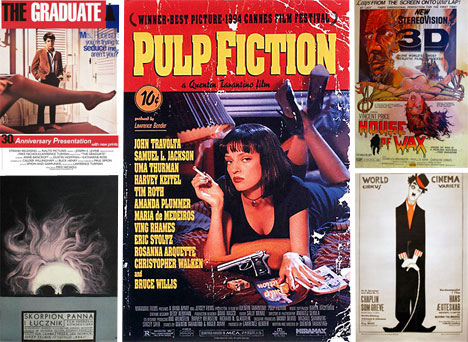 From vintage to retro, these movie posters pulled people to the theaters.  Some are mysterious, others provocative, but they all served their purpose of putting eyes on the silver screen.  As we revisit these creative cinema advertisements from the past, we are drawn back in. 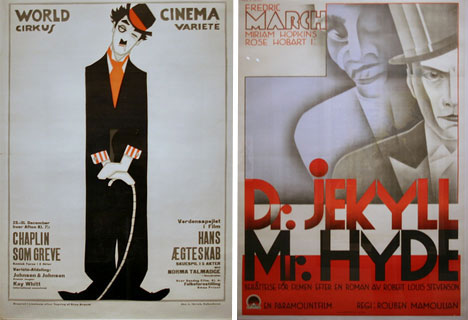 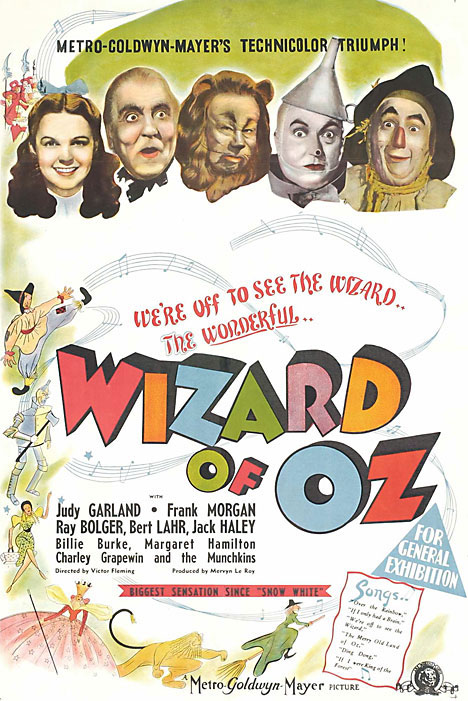 Before movies had sound or color, Charlie Chaplin was captivating audiences with his own special brand of humor.  The caricature of a sad clown announced his 55th film, Chaplin as Count, in 1916.  Then in 1931, Dr. Jekyll and Mr. Hyde scared the daylights out of audiences by splitting a man’s personality into two characters – good and evil.  In 1939, The Wizard of Oz became an instant classic as viewers traveled down the yellow brick road into the world of colorized movies.

Attracting Moviegoers of the 1940s 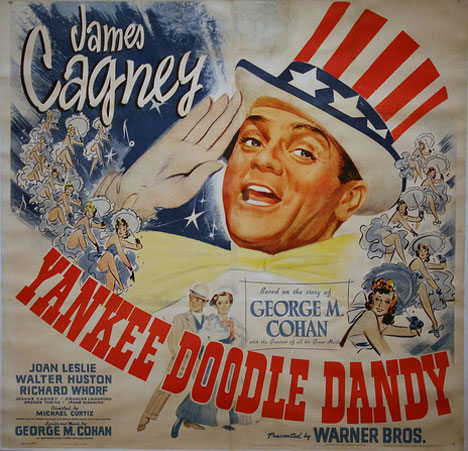 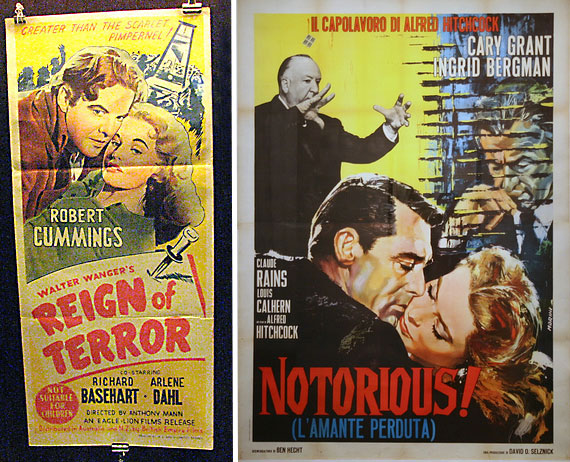 In 1942, Warner Bros.  produced Yankee Doodle Dandy, which was a musical portrait of composer, singer and dancer George M. Cohan.  Cohan was a child-star in a vaudeville troupe and made his comeback with this patriotic film.  By 1946, Notorious!, an Alfred Hitchcock film starring Cary Grant and Ingrid Bergman was thrilling audiences.  If the star-power of the film was not enough, the poster advertising the film was racy enough to draw viewers in to see the show.  Reign of Terror opened in theaters in 1949, suggesting some violence in its advertisement. 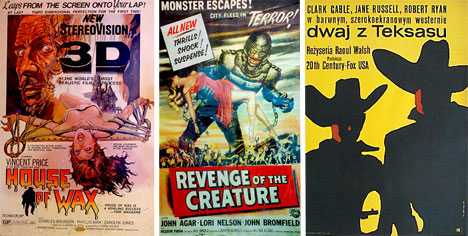 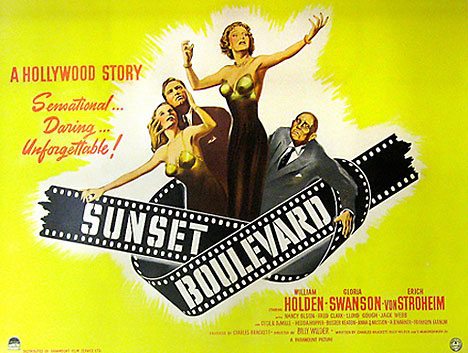 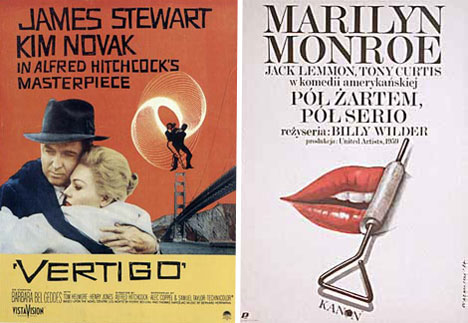 By the 1950s, going to the movies had become a favorite American pastime.  Alfred Hitchcock was still terrifying and Norma Jean had become Marilyn Monroe, superstar.  Westerns and horror films, which are humorous by today’s standards, were all the rage.  Hollywood was glamorized and people flocked to the theaters to catch all the action. 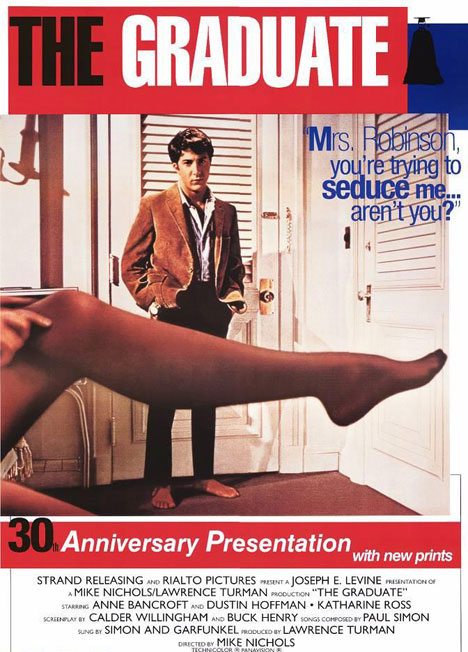 The provocative Mrs. Robinson thrilled audiences in 1967, making The Graduate an instant cult classic.  During the 1960s and 1970s, movie posters became more colorful and edgy.  More movies were produced, more Hollywood superstars were born and the competition for viewers heated up. 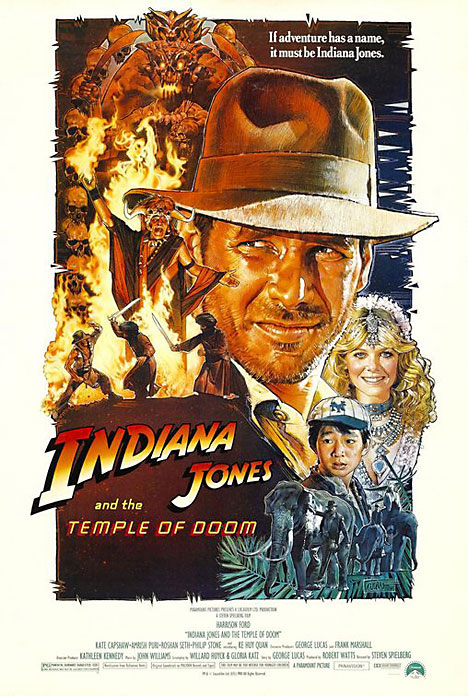 The 1980s brought us a decade of blockbuster hits and plenty of new, realistic special effects.  All genres stepped up their game, both with the films themselves and advertising.  Movie posters were suddenly larger, bolder and incredibly striking.  The birth of movie merchandising also served to propel films at the box office and beyond, when they were marketed in the VHS format.

Unprepared for the Movies of the 1990s 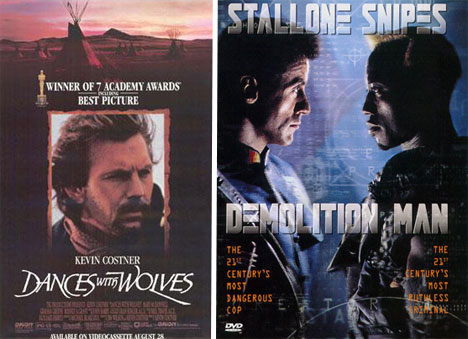 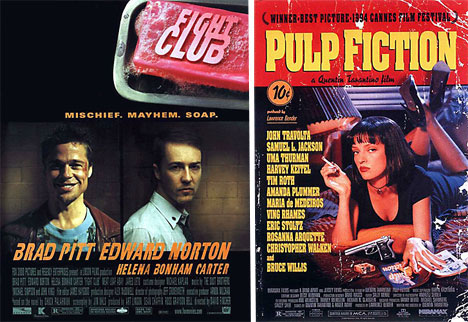 Ready or not, the 1990s brought bold and shocking movies we will never forget.  In 1994, Pulp Fiction assaulted our sense of reality with its unique timeline presentation and graphic brutality.  We hardly had time to recover before Fight Club hit the big screen in 1999 and taught us all a lesson about mischief, mayhem and making soap.