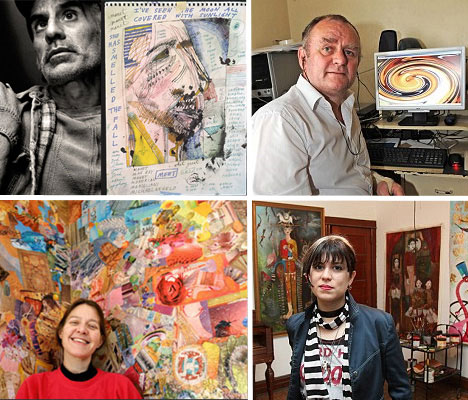 Imagine having a stroke, a severe brain injury or a tumor and suddenly waking up one day to find you’ve developed artistic talents to rival Picasso. It sounds impossible, but the brain is a mysterious organ, and sometimes, damage causes it to rewire itself in ways that reveal new talents even in people who could barely doodle a stick figure.  From the engineer on disability who became a sought-after digital artist after a stroke to a woman whose dementia spurred remarkable creative output, these 10 artists were all transformed by neurological trauma or disorders. 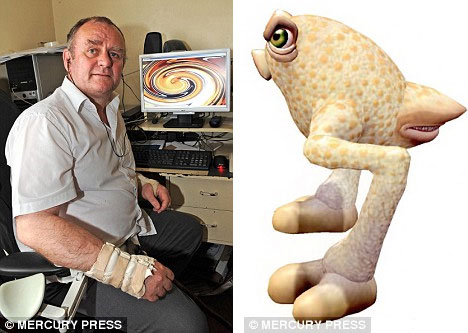 Ken Walters was hardly the artistic type before suffering a stroke in 2005. The former engineer had been severely injured in a car accident and was left wheelchair-bound and dependent on benefits to get by. But the cerebral hemorrhage that could have made Walters’ life much more difficult came with an unexpected gift in the form of newfound artistic ability and creative drive. Walters began developing digital art, which led to starting his own software company and a lucrative job with EA games at the age of 51. 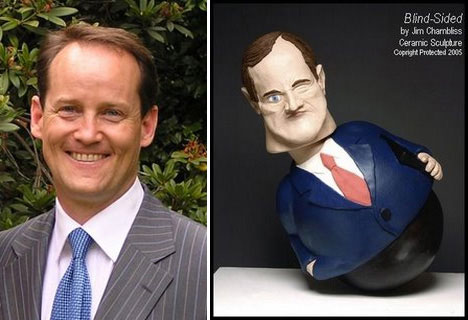 (images via: Sparks of Creativity)

In 1998, Jim Chambliss suffered a traumatic brain injury that caused temporolimbic epilepsy (TLE), migraines and temporary cognitive damage. Unable to continue practicing law because of these new challenges, Chambliss became a substitute teacher and one day, while playing with a block of styrofoam, carved a salamander that earned him praise from students and faculty at the high school. Chambliss, who never displayed artistic talents before, discovered that he suddenly had a knack for three dimensional art and went on to earn a Masters in Visual Art from the University of Louisville. He now studies the connections between art, epilepsy and migraines. 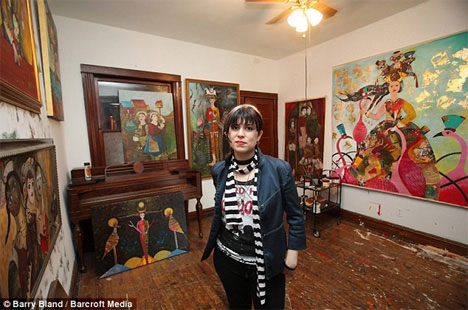 Alison Silva has been a painter since childhood, but her work never stood out until after a tumor began affecting her brain. Suddenly Silva’s work was darker, deeper and up to 20 times more valuable. The New Jersey artist found herself faced with an incredibly difficult decision: have the tumor removed, or keep her newfound abilities despite the risk of a serious hemorrhage. Her doctor says that Alison’s condition is dangerous, but not life-threatening, so in spite of migraines, insomnia, hallucinations and distorted vision, Silva chose her art. 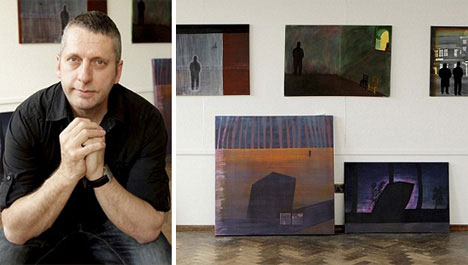 When doctors performed brain surgery on Alan Brown after a stroke, they thought they were just saving his life. Little did they know that somehow, in the course of the operation, they did something that would turn Brown into an artist. Prior to the surgery, Brown could barely manage  a stick figure, let alone a detailed painting. The father of three was handed a pencil, paper and a photograph of a dog by a nurse while recovering in the hospital and reproduced it down to the slightest detail. He’s now a professional artist with a degree in Fine Arts from Worcester University. 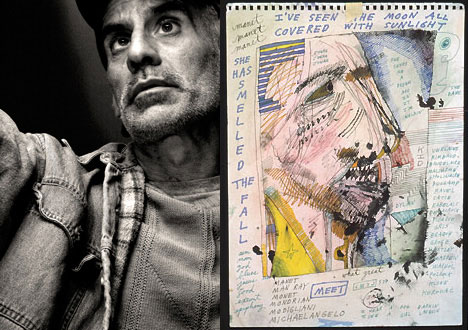 Jon Sarkin was a chiropractor who liked golf. Then one day, while playing a round with a friend, he burst a blood vessel in his brain. Suddenly, the man whose life had been so socially proper and orderly became a passionate artist, loud and expressive, who has not stopped compulsively creating artwork since the first day he felt the relentless, insistent need to do it. His work blends painting, poetry and song lyrics with cut-out images to create collages that convey a sense of mystery and abandon. 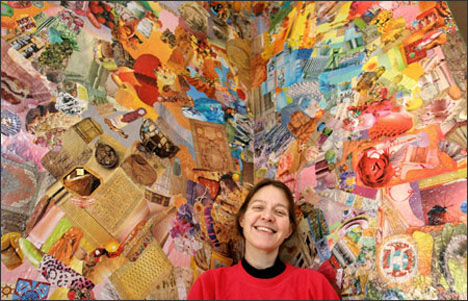 Sandy Allen’s left brain guided her life, from her career in bookkeeping to her medical studies at the University of Washington. Then, part of Allen’s left brain had to be removed along with a golf-ball-sized tumor buried deep in her temporal lobe. That’s when her right brain took over, and art therapy sessions revealed her blooming talent. Allen jokes, “It’s like I’ve had my inhibitions surgically removed.” While she no longer has the language, math and science functions that once seemed to define her, she’s now an artist and has turned her entire home into a studio. 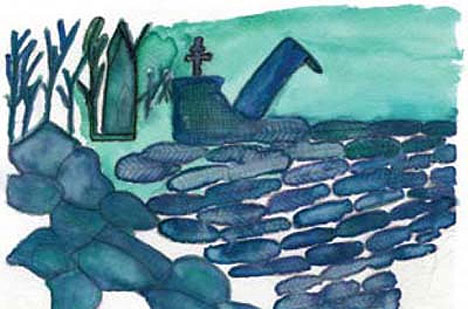 (images via: The Brain Matters)

Dr. Daniel C. Potts, a neurologist, witnessed a remarkable transformation in a man who had Alzheimer’s disease and suddenly bloomed into a remarkably talented, acclaimed artist. That man was his father, Lester Eugene Potts Jr. Prior to enrolling in a care facility, Lester Potts had stopped smiling and was unable to perform simple tasks. But an assortment of stimulating activities – including art – brought out a side of him that nobody in his family knew existed. Potts became a nationally recognized artist, creating 75 watercolor paintings – all after his diagnosis. He so inspired his son that the neurologist began writing poetry. 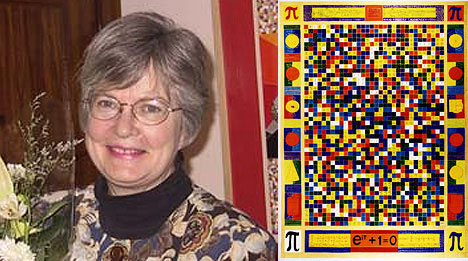 A rare brain disease, Frontotemporal dementia (FTD), slowly transformed a scientist into a prolific artist who produced more than 1,000 paintings. Anne Adams of Vancouver became aware that something was wrong with her in 2000, when she suddenly lost her ability to speak properly or add simple numbers. After that, Anne spent every day from 9 to 5 in her studio. Her paintings are orderly and methodical, a seeming holdover of her former abilities as a scientist. She continued to paint until 2004 when she could no longer hold a brush, and passed away of FTD in 2007. 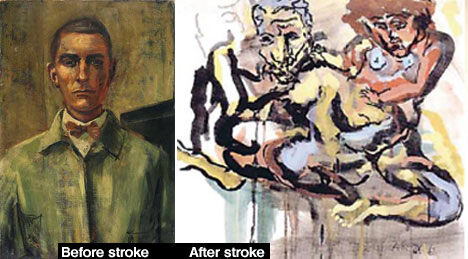 Anton Räderscheidt was already an accomplished artist when he suffered a stroke at the age of 75, with a career spanning several different styles as he escaped Nazi Germany in the 1930s, settled in Paris, moved to Switzerland and finally returned to Cologne in 1949. But after the stroke, Räderscheidt had to completely re-learn how to paint. The changes in Räderscheidt were dramatic; he had disturbances in spatial orientation and in his vision and left-sided hemineglect. He was unable to recognize faces – even those of close relatives. That led him on a quest to regain his abilities, and he painted more than 60 self-portraits. By 1974, five of these portraits indicated that his condition had improved, but his style had changed more dramatically than ever. 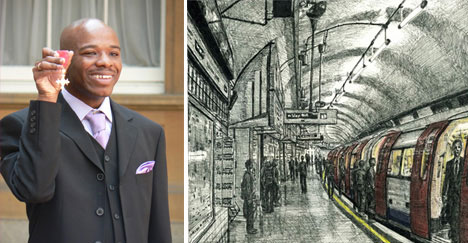 Stephen Wiltshire is another example of extraordinary artistic talent coming from abnormalities in the brain, but his neurological condition was present from birth rather than developing later in life. Wiltshire’s autism has been the source of many challenges in his life, but it also gave him an amazing gift: he can draw buildings and landscapes from memory after seeing them just once – he even drew all of central London after viewing it from a helicopter.

Wiltshire was mute, communicating only through drawings, until the age of nine, when teachers encouraged him to begin speaking. He has been the subject of many documentaries and was awarded a Member of the Order of the British Empire for his services to art. He now has a permanent gallery in the Royal Opera Arcade in London.