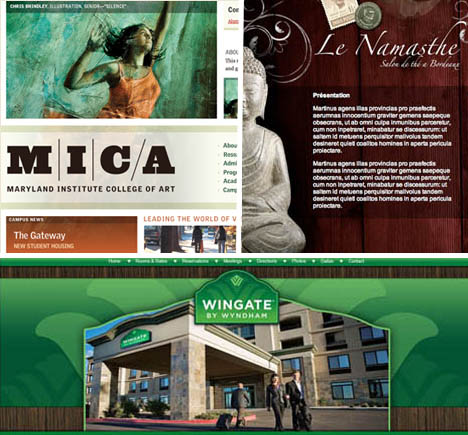 Content is king, but it’s often the design of a website that pulls viewers in and incites them to read in the first place. Web designers use typography, graphics and code to create designs that are visually appealing and effective at communicating a specific message – and some are better at it than others. These 12 web designers have some especially inspiring work in each of their portfolios that really pop, balancing looks with usability. 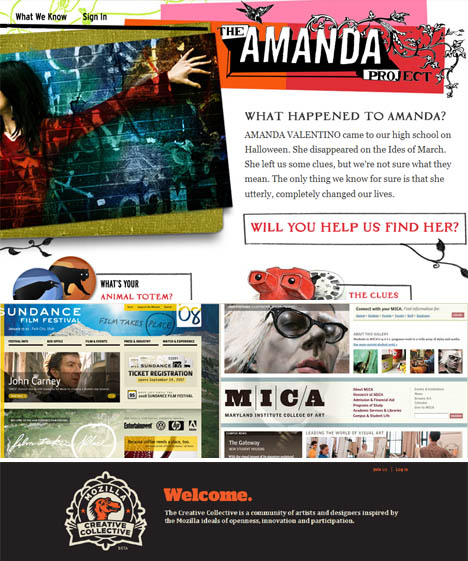 Jeffrey Zeldman, founder and executive creative director of web design industry leader Happy Cog, bills himself as an “internationally known designer and writer, architect of the web standards movement, and creator of some of the web’s best-known sites and brands.” Some of Happy Cog’s web design clients include The Today Show, Advertising Age, the Sundance Festival and the Maryland Institute College of Art. 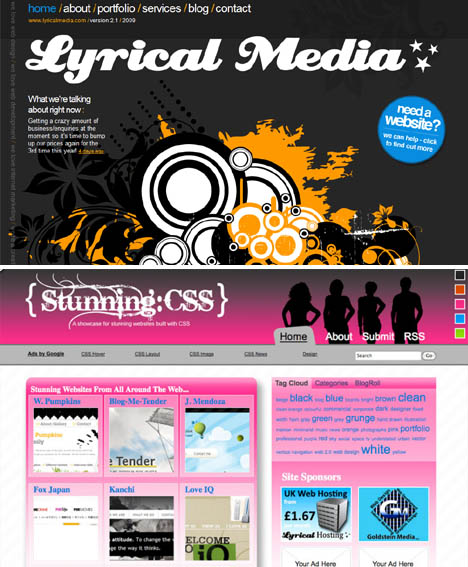 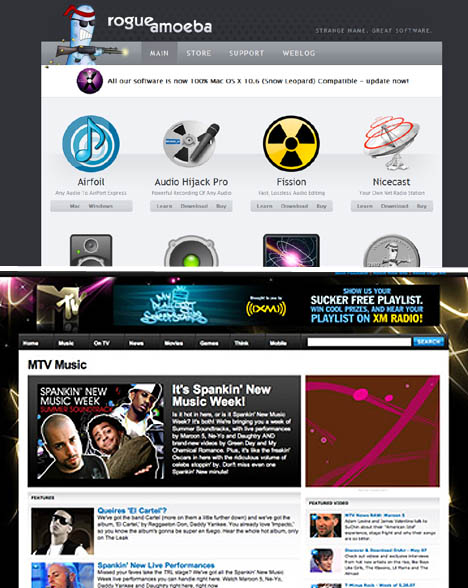 Award-winning web designer Dan Cederholm drove the standards-compliant redesigns of FastCompany.com and Inc.com, and has written a number of books on CSS and web standards. Additional clients include MTV.com and AIGA. Cederholm also worked with Google on icon and user interface design, and created two free templates for Blogger. 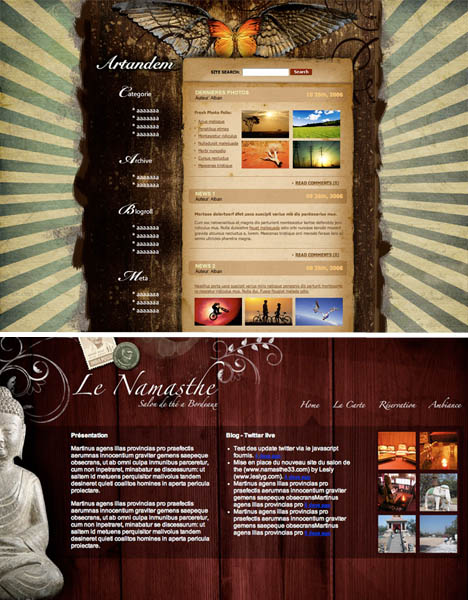 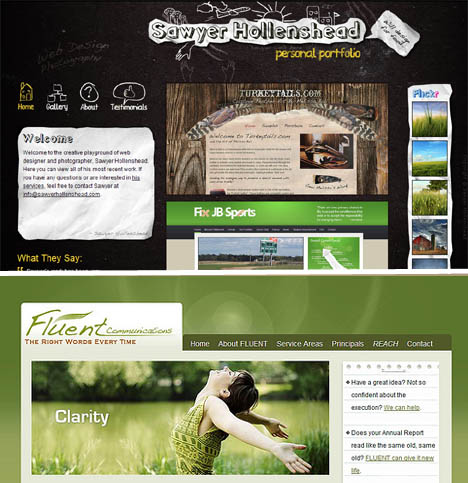 Designer Sawyer Hollenshead creates crisp, contemporary, professional websites for a variety of businesses, but has a playful side that comes out in the design of his own website with quirky illustrations and fun details. 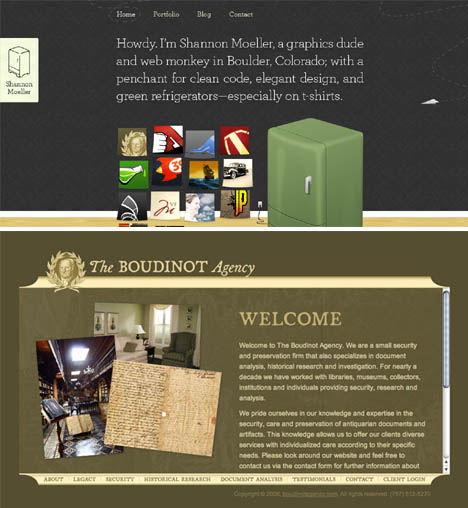 Shannon Moeller is a Boulder, Colorado-based web and graphic designer with an eye for subtle pattern and unexpected details, like the little paper plane on his personal portfolio website. 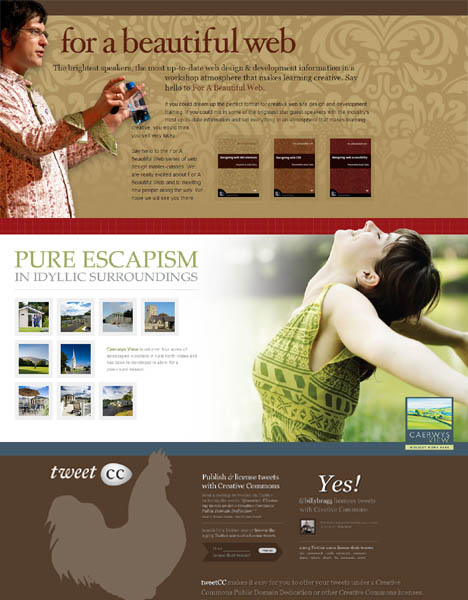 Andy Clark is founder of small web design studio ‘Stuff and Nonsense’ and a former invited expert to the W3C’s CSS Working Group. He authored best-selling book Transcending CSS: The Fine Art Of Web Design. Jeffrey Zeldman of Happy Cog said of Clark, “Andy Clarke is hip and mature. You almost never get both. He is a seasoned brand steward, a fancy pixel wrangler, and no mean hand at code. A triple talent. The bastard.” 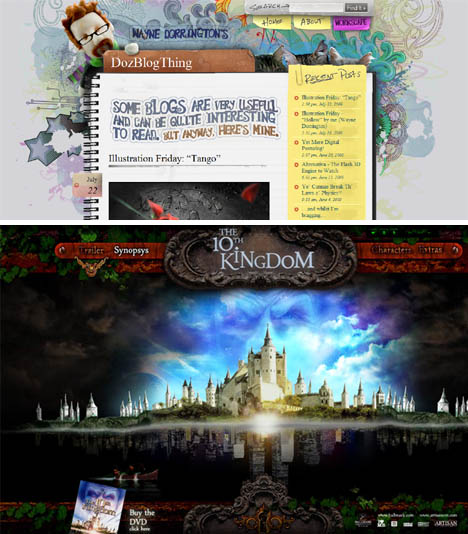 Few blog designs are quite as creative, unique and eye-catching as that of Wayne Dorrington, and it’s no wonder – he designed it himself. His imaginative portfolio includes websites for a number of UK travel & tourism websites as well as a concept website for 2000 series ‘The 10th Kingdom’ to show how Adobe Flash can be used to create a media-rich website. 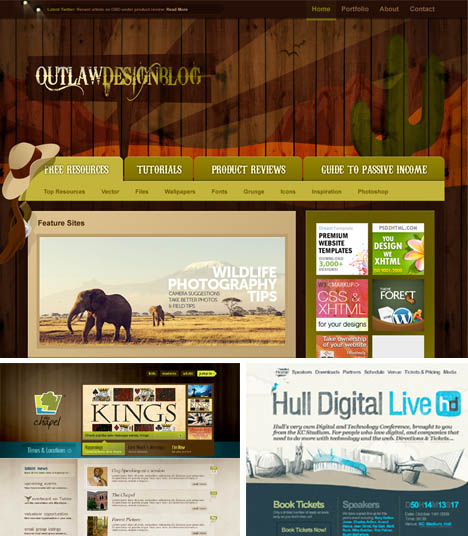 Rob Palmer is a web & graphic designer based in Newcastle-upon-Tyne, England and is currently front end web designer for Guerrilla Interactive. 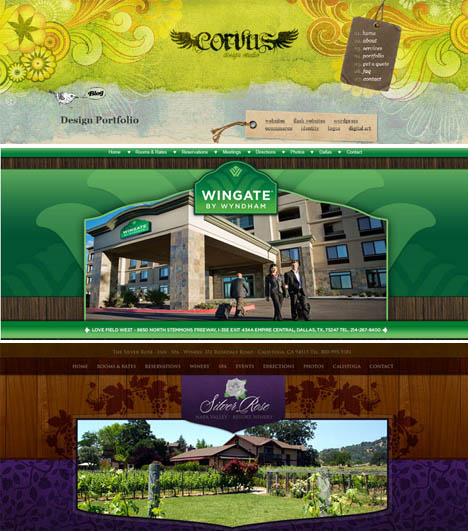 Jessica Miller is founder and lead designer of San Louis Obispo-based Corvus Design Studio, which has designed a number of award-winning websites for small to medium-sized businesses. Clients include the US Fish & Wildlife Service, the California Academy of Sciences and Sun Microsystems. 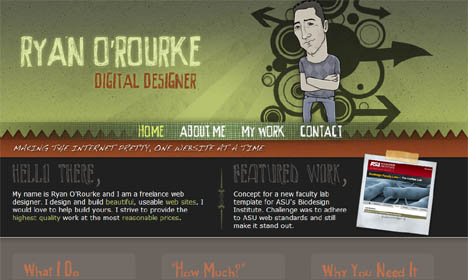 Freelance web designer Ryan O’Rourke’s best work is his own website, which has an eye-catching illustrated header and varied use of handwriting fonts. O’Rourke, a grad student, may be relatively new to the web design game but he’s got a style that blows many veterans’ work out of the water. 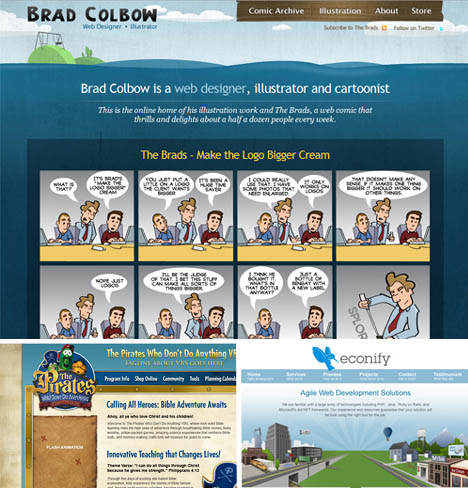 Web designer, illustrator and cartoonist Brad Colbow uses his combination of talents to create a unique aesthetic that is carried throughout many of his projects, but is especially present in his own website.