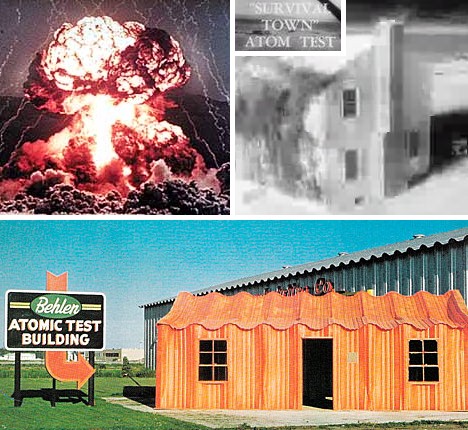 One pleasant spring day in 1955, an atomic bomb blasted an American city into oblivion. This is the story of Survival Town, a purpose-built collection of structures, buildings, even mannequins designed to measure the effects of an atomic weapon used against urban centers. Its optimistic name notwithstanding, Survival Town was destined to become, in a flash, Loserville.

Operation Teapot Steams Up The Desert 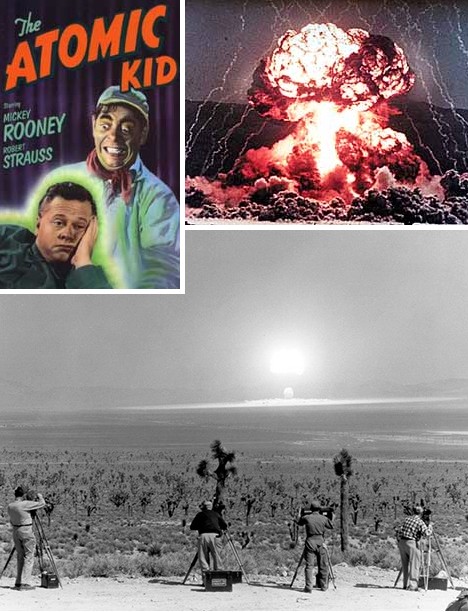 It can get hot in Nevada, but 1955 saw temps in selected areas reach that of the surface of the sun. In a roughly three month period in the spring of that year, the U. S. Army set off 14 nuclear explosions at the Nevada Test Site at Yucca Flats under the name of Operation Teapot. The explosions ranged in yield from 1.2 to 43 kilotons. The bomb that was dropped on Hiroshima, Japan, ten years earlier had a yield of approximately 12 kilotons. 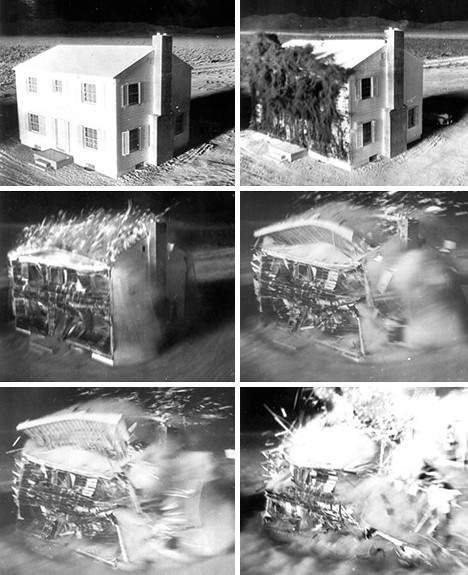 The stage was set for Survival Town two years earlier when, on the first day of tests for Operation Upshot-Knothole, the charming 1950’s house above was exposed to an atomic blast. The walls of the house look unnaturally bright in the first image (above top left) because they’re reflecting the light of the just-detonated bomb. The rest, as they say, is history. 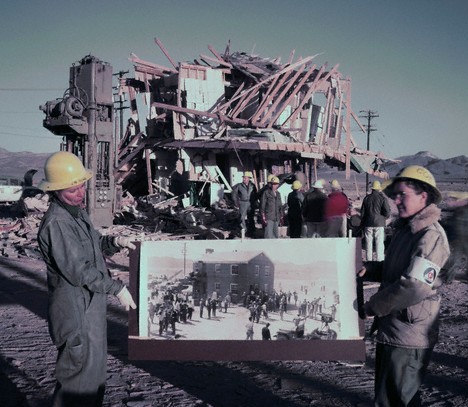 The Apple-2 test on May 5, 1955… yes, 5/5/55, showed similar results to the 1953 structures and materials test. Civil Defense workers provide a composite Before & After photo of one of the homes built to be destroyed in what is known today as Operation CUE. This rare color photo was taken on May 6, 1955. 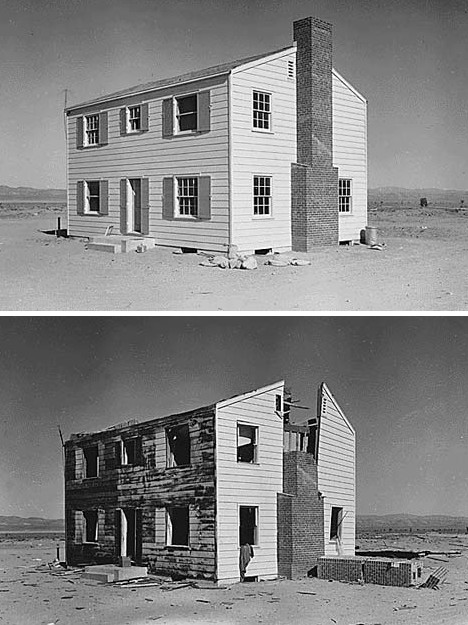 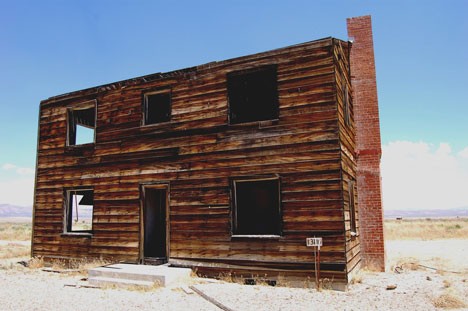 The stark set of photos above shows another Survival Town building that sustained a somewhat less degree of damage – in other words, it wasn’t pulverized into kindling. The Army set up a variety of homes, buildings and other structures at varying distances from Ground Zero in an effort to determine how the power of an atomic blast would carry over an urban landscape.

This video of the “Survival Town Atom Test” is at once cute and creepy, backed by over-the-top melodramatic monster-movie music. Note that “a million dollars worth of equipment was installed”. Who planned this test, Doctor Evil?? 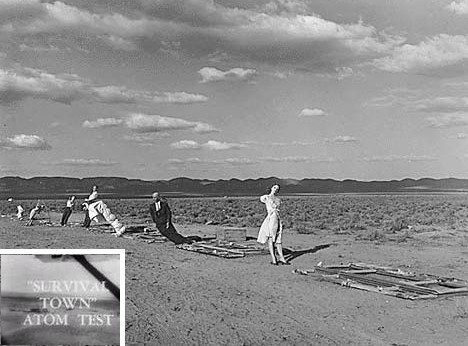 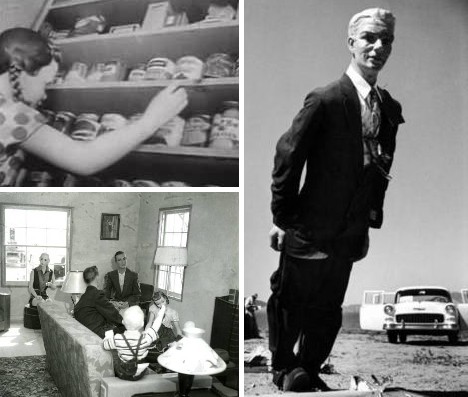 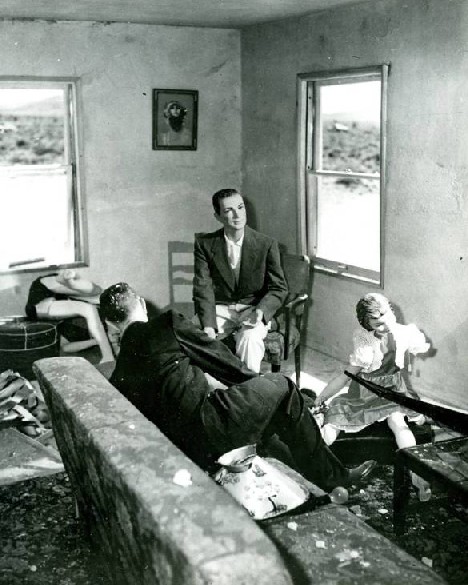 Survival City had it all: homes, buildings, electrical power lines, even people… well, fake people. Got to give the DOD some credit here, they stocked the homes with mannequins sourced from J. C. Penney. On a somewhat freaky note, the Army posed the mannequins in the acts of playing, eating and so on; then left cameras on to record the “fun” that was about to ensue. 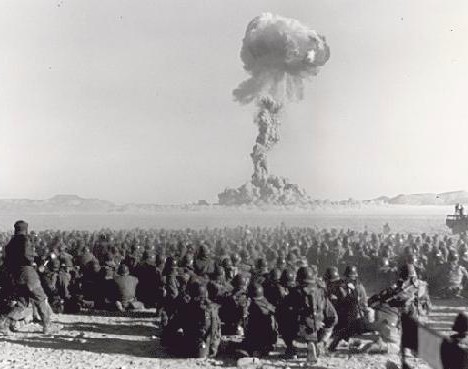 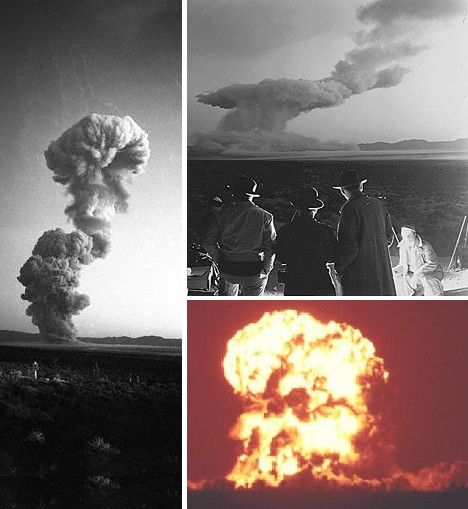 The May 5th explosion dubbed Apple-2 took place 9 days late as the test site had been experiencing high winds. When the all-clear was finally given at 8:10am, nearby residents (and those who were tuning live on radio and TV) witnessed an atomic explosion weighing in at 31 kilotons. The explosion’s blast area extended 3 miles out from Ground Zero. Most of the approximately 6,000 spectators watched from about 6 miles away but Army troops in tanks and trenches got a birds-eye view at a mere 2 to 3 miles from the epicenter. 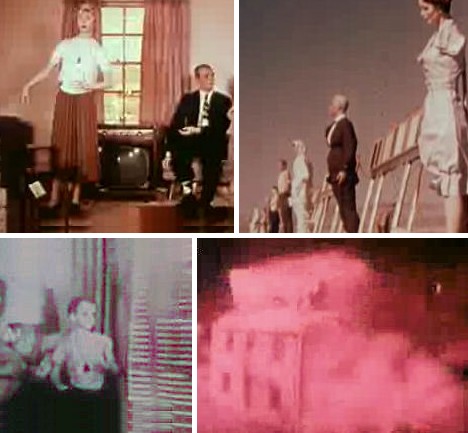 These rare color photos bring “home” the surreal horror of the mannequin tests with a bit more clarity. Once again the attention to detail is almost disturbing as it shows a typical, “Leave It To Beaver” type family engaged in typical middle-American pursuits, frozen in time just before their demise. 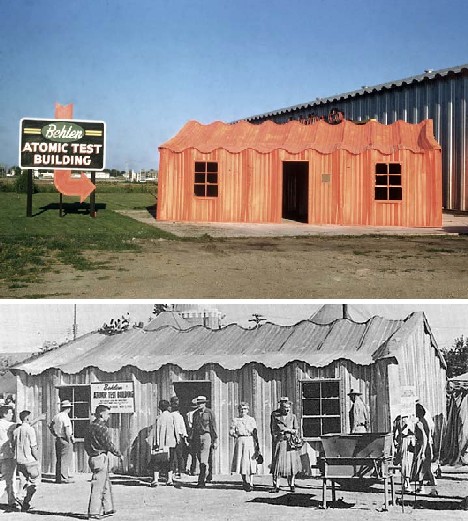 If one recalls anything about the mannequins & materials tests of the early Atomic Age, it’s the exploding houses – they make good visuals. At the time, however, survival was on the nation’s collective mind and though the test subjects of Operation Cue were inanimate, there WERE heroes among them. One of the most celebrated was the Behlen building, a corrugated steel structure that suffered not much more than the odd dent even though it was placed just 6,800 feet from Ground Zero. Behlen got a lot of mileage out of Operation Cue – the building was trucked around to state fairs for years after. The B&W photo above shows the building at the 1955 Nebraska State Fair. 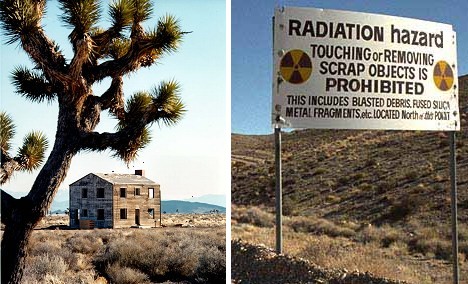 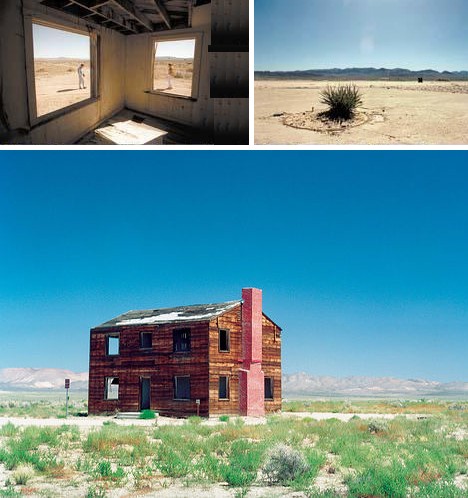 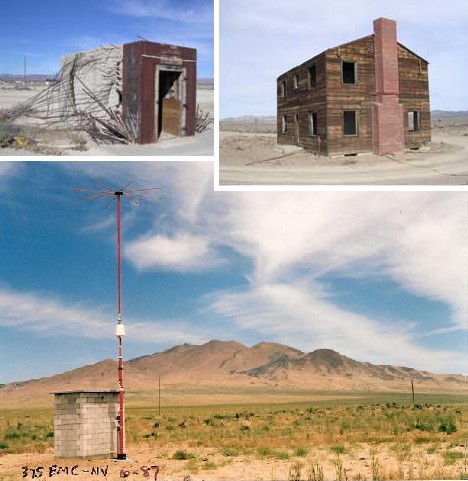 You’d think the Army would have destroyed any and all traces of Survival Town once Operation Cue had wound down, but surprisingly some of the buildings remain standing today. The Nevada Department Of Energy conducts tours of the entire test area (no cameras allowed) including the remains of Survival Town, though visitors must be over the age of 14 and pregnant women are advised not to attend – not out of concern for any lingering radioactivity, but due to the long and bumpy bus ride. 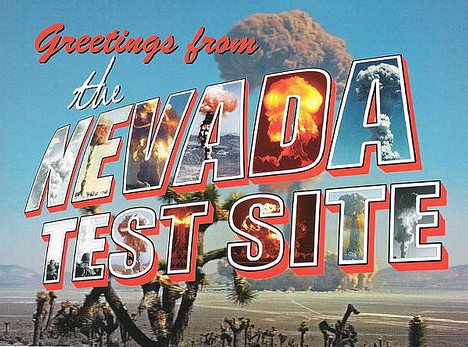