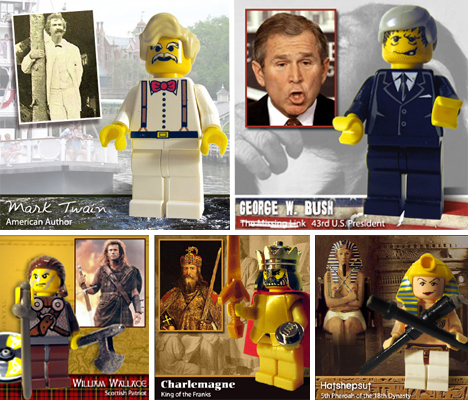 What do Bill Clinton, Bruce Lee, Charlemagne and Jack Kervorkian have in common? They’ve all been made into custom historical LEGO mini-figures by LEGO artist Jamie Spencer. Spencer, also known as Morgan190, created an incredible collection of historical figures for the 2007 Fine Clonier Historical Figure Contest. 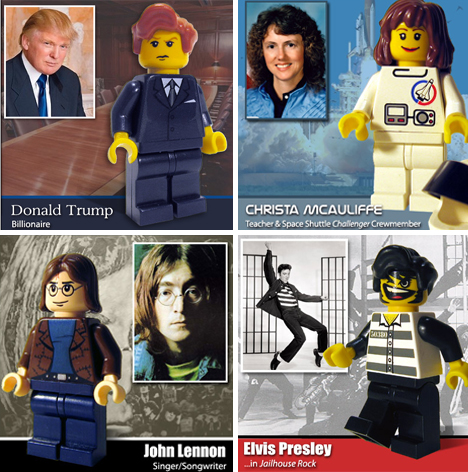 Each historical “minifig”, as these LEGO creations are called, had to be made only from official LEGO elements for the contest – hence, Spencer explains, the “Conan O’Brien hair” seen on many of them, and the Harry Potter scar on John Lennon’s forehead. 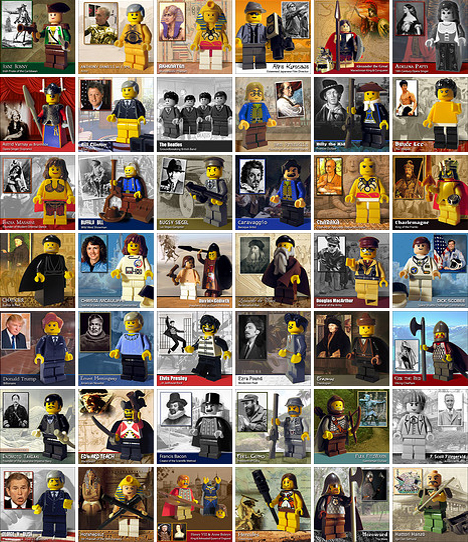 The figures range from the obscure  – like Charaka, the founder of Ayurveda (Indian Medicine) – to ubiquitous modern personalities like Donald Trump.

Spencer, a longtime LEGO enthusiast who spent untold hours building with them as a child, cites the Space and Castles lines as his favorite LEGO themes. 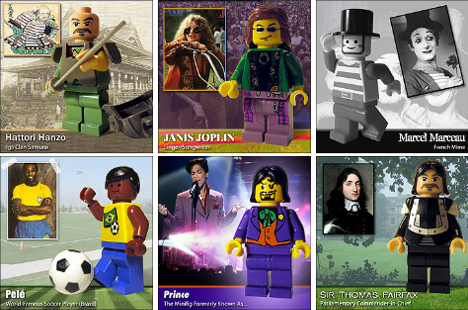 Spencer’s other LEGO minifigs often have dark sci-fi themes, and he has also created a few ornate steampunk designs. Asked by BuySteampunk.com where he gets his parts from, Spencer replied, “I don’t necessarily limit my collection to any one of LEGO’s lines so I happily pull accessories and parts from wherever will work.”

“The source of minifig parts ranges anywhere from Indiana Jones to Castle. One of the greatest aspects of LEGO is that it’s all interchangeable!”