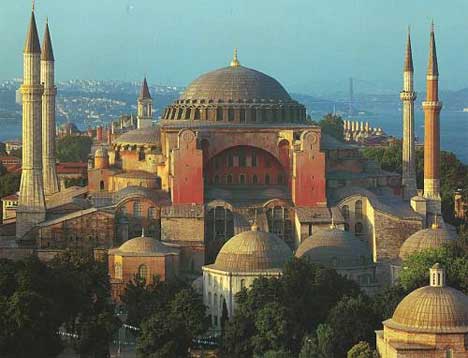 One of the oldest and largest cathedrals in the world hid a fantastic secret for centuries, one that was often rumored but not confirmed. The vast, splendid Hagia Sophia, which is now a museum, sits atop an ancient series of underground tunnels said to connect the cathedral with the Basilica Cistern, Princes’ Islands and Topkapi Palace. Director Göksel Gülensoy has enjoyed a long-standing love of the Hagia Sophia, and he decided to embark on a scuba diving expedition under the building to unlock some of her ancient secrets. 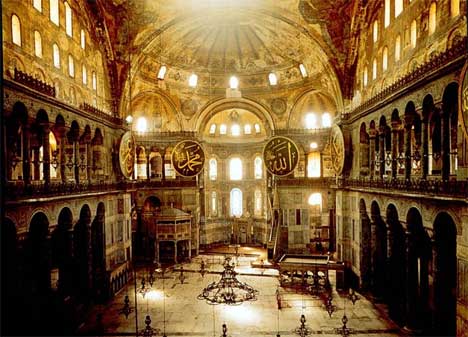 Gülensoy began his documentary project in 1998, but budget concerns and Turkish government red tape delayed its completion until late 2009. His 50-minute film, “In the Depths of Hagia Sophia” (or “Ayasofya’n?n Derinliklerinde”) shows a side of the historic structure that has never before been explored in depth, let alone filmed. Along with two divers and four spelunkers, the director delved into the mysterious depths to see what, exactly, Hagia Sophia was hiding. 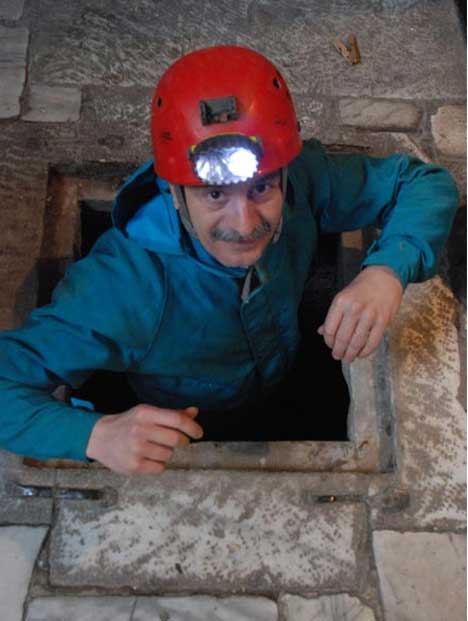 The team began by opening the reservoir doors in the main hall; the two doors had both been shut for quite some time, and never before had a diver been allowed into the reservoir. After studying the small first chamber, the team moved on to the larger second reservoir. There they found flasks thought to have been left behind by British soldiers in 1917, a chain which may have contained a prisoner at one time, and various other bits and pieces of the cathedral. The spelunkers then took over and moved into the two passageways beneath the Hagia Sophia. 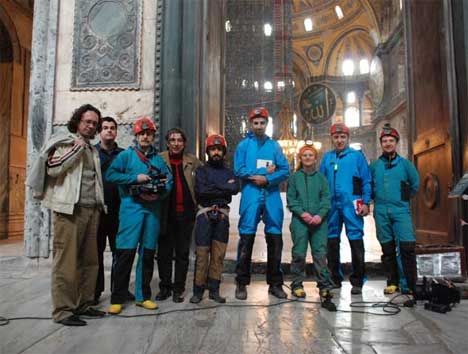 Beneath the huge cathedral, the team found sealed passages, a graveyard full of children’s bones, and the burial chamber of Hagia Sophia’s first priest. Threats of gas leaks, landslides and collapses weighed heavily on everyone’s minds, but the entire team emerged safely. For their own peace of mind, and to head off any rumors that might arise in the future, every person who dove beneath Hagia Sophia that day underwent a full-body X-ray to prove that no artifacts had been removed from the site. 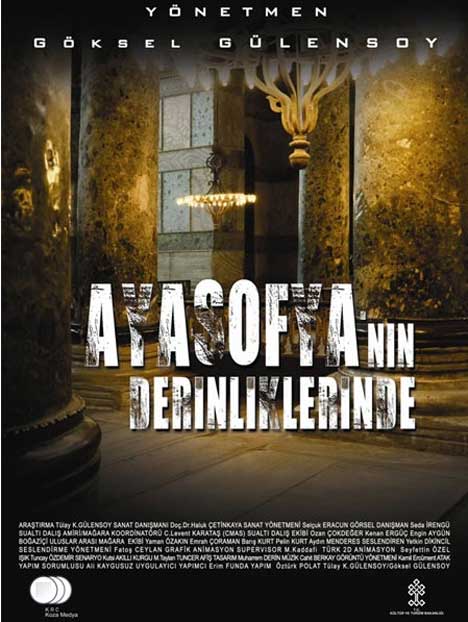 After the project, it became clear that Gülensoy and his team had disproven many of the myths surrounding the ancient cathedral. The passages long thought to lead to the Basilica Cistern and Princes’ Islands were found to be nonexistent. However, the exploration led Turkish officials and the Hagia Sophia Museum Director to believe that further research should be carried out to see what other mysteries may be hiding beneath this beloved building. If he can gain the necessary government permissions, Gülensoy plans to return to make another film about the hidden history of Hagia Sophia.