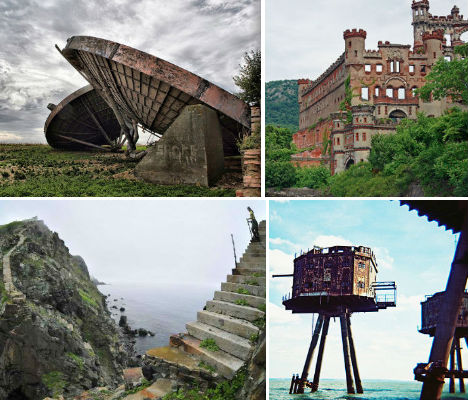 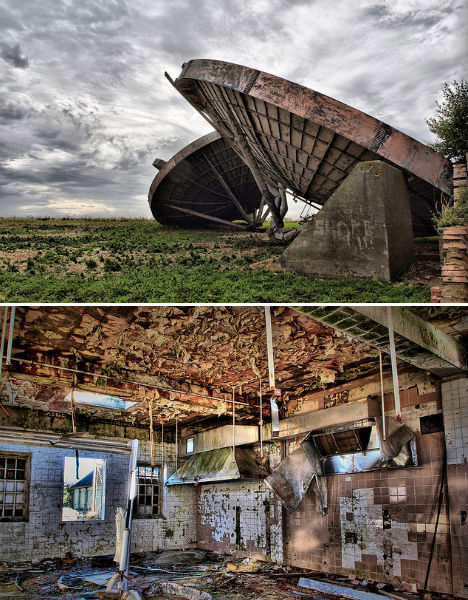 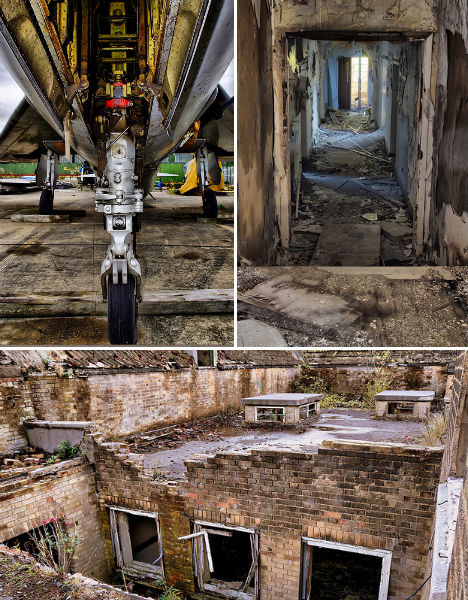 Massive, alien-looking radar dishes litter the landscape at RAF Stenigot, a World War II-era radar station in Lincolnshire, England. Part of the Chain Home radar network, which was intended to provide long range early warning for raids, the site continued to serve for other communication purposes after the war and was decommissioned in 1980. Most of it was demolished by 1996, but four tropospheric scatter dishes still remain, along with a few other structures.

Russian Island Base in the Sea of Japan 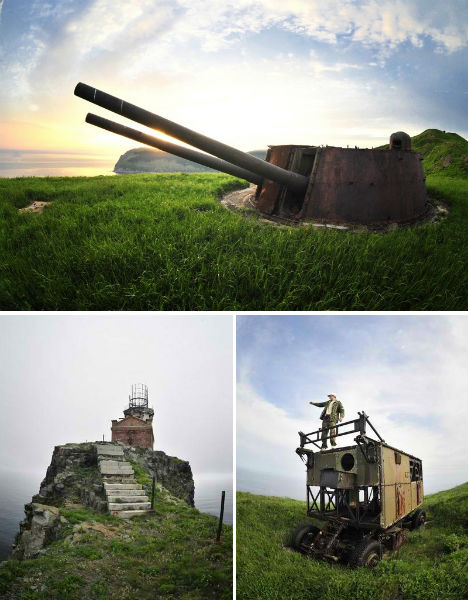 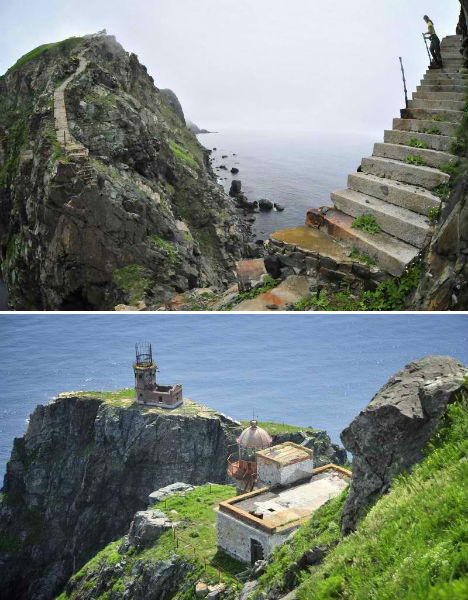 A small horseshoe-shaped island in the Sea of Japan that was once the setting of a war over its gold resources, Askold has been abandoned for decades. In 1892, the Headquarters of the Vladivostok Fortress created a permanent observation post there, and it became a point of tension between Russia and Japan. The island is cluttered with the remains of what little was built or left behind – the base of a long-gone pier, derelict lighthouses, rusted artillery, a power station, a command post, barracks and a handful of vehicles.

The island has never been inhabited, and is rarely visited by tourists due to the difficulty of reaching it from the mainland. Unused since World War II, much of the infrastructure has crumbled, and one part of the island is now inaccessible after the collapse of a bridge. Though it was once a place of war, Askold is now remarkably peaceful – and still, incidentally, full of gold. 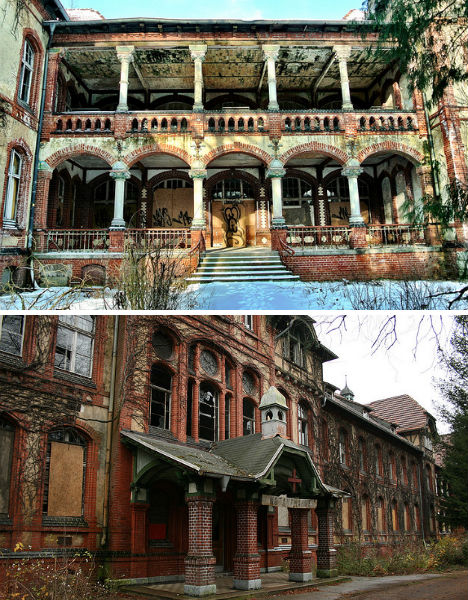 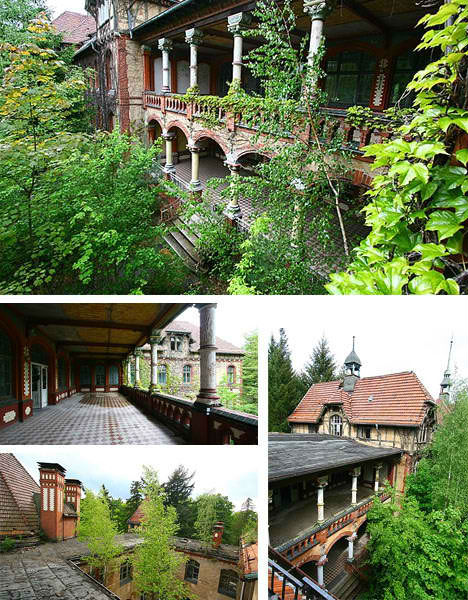 This beautiful abandoned 19th century sanitarium complex located in Beelitz, just outside Berlin, was used by the Germans as a military hospital through the second World War and then occupied by the Russians for the same purpose until 1995, well after the German reunification. It was abandoned altogether in 2000. Surrounded by pine woods, the hospital complex consists of about 60 buildings including a surgery, psychiatric ward and rifle range. Its most infamous patient is none other than Adolf Hitler, who recuperated there after an injury sustained in World War I in 1916.

Some of the buildings have been painstakingly restored by a German preservation group, but most of them are left to ruin. It’s a popular destination for urban explorers in the area, but of course, not everyone goes there just to enjoy the bittersweet beauty of such an ornate decaying complex. In 2008, a photographer lured a model to the abandoned operating theater for a photo shoot, and murdered her. Its dark history also includes a period before it was abandoned when a serial killer known as The Beast of Beelitz began to terrorize local women connected to the sanatorium, strangling them with pink lingerie.

People who live in or near the restored buildings do so with caution. Local architect Michael Wetzlaugk bought and converted one of the outbuildings to live with his family, but stresses that he and his son are accomplished marshal artists with a collection of exotic weapons.