Effectively using the same magnetic levitation technologies employed in high-speed trains, the MULTI elevator system conveys people horizontally as well as vertically without ropes and at record speeds, all while allowing multiple cars to traverse the same shafts. 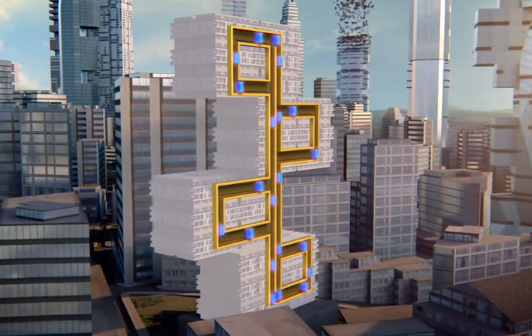 Allowing fast vertical interior transit, the elevator has already revolutionized the shape of cities once – this breakthrough may enable a new version to do it again, not only cutting down on wait and travel times but also by enabling versatile sideways travel through structures. As illustrated above, a single car can go both up or down and then left or right, moving in a three-dimensional fashion within (and eventually perhaps even beyond) a given building. Imagine for a moment the trans-building possibilities: hop in a car, speed down a building and hook into an urban network running above, along or below the streets as well.

The creator of the MULTI, ThyssenKrupp AG, expects to have a fully-functional prototype by the end of 2016 (full-scale usage by 2018) with cars capable of moving at speeds of up to 16 feet per second when unoccupied. Combined, the various advantages of this system will increase elevator capacity in a given building by as much as 50% and help reduce the amount of space required  – currently, as much as 40% of a building’s footprint is occupied with traditional elevator deployments. 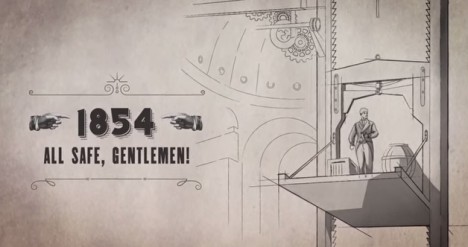 Whether through looping systems (like the one proposed above by Hitachi) or maglev technologies or, most likely, a combination of the two, the “days of one cabin, in one shaft on one rope traveling up and down” which “hasn’t changed for 160 years” are soon to be over. Imagine the possibilities for architects and engineers no longer constrained to simply building up but now free to build out in fresh new ways as well. Of course, Star Trek turbolifts aside, there are always some potential dark sides to new technology, as science fiction films like The Cube and Cabin in the Woods have explored, but presumably the ups outweigh the downs, so to speak.