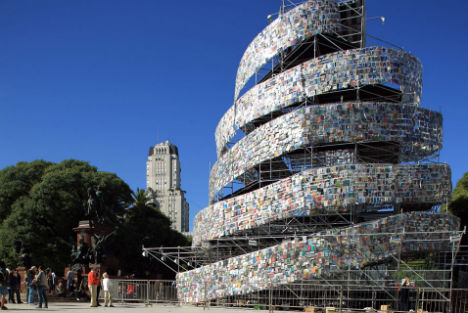 Seven stories tall, this Tower of Babel is no long-lost artifact from biblical times but rather an artistic tribute to the city of Buenos Aires’ new designation as ‘World Book Capital 2011’. The 82-foot-tower is made of 30,000 books donated by readers, libraries and 50 embassies, and includes books written in virtually every language in existence.

Artist Marta Minujin, a Buenos Aires native known for bizarre mattress sculptures and performance art events she calls “happenings”, designed the tower and installed it on a public street with the help of volunteers. The sculpture will be disassembled on May 28th, and the books will be given away to the public. 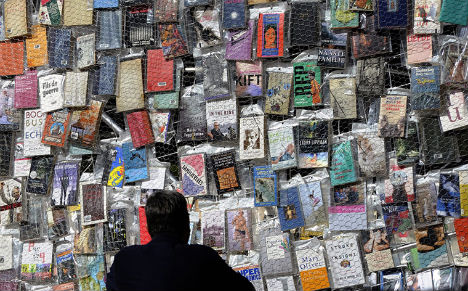 As visitors ascend to the top of the tower, gazing at everything from Japanese children’s books to Spanish poetry, they hear Minujin’s recorded voice reciting the word ‘book’ in various languages. The artist says that, like the fabled mission of the original Tower of Babel, her mission is to unite all people, adding “I don’t know why we have to have different languages.” 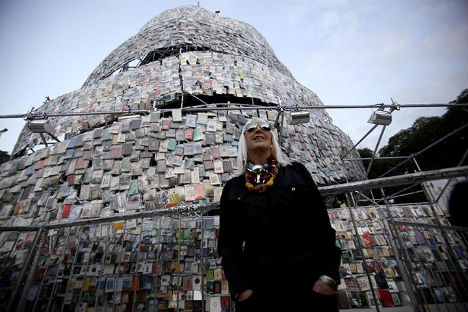 “Building this tower has been a miraculous experience,” Minujin told Reuters Television as she stood before the structure. “A hundred years from now, people will say ‘there was a Tower of Babel in Argentina … and it didn’t need translation because art needs no translation.'”