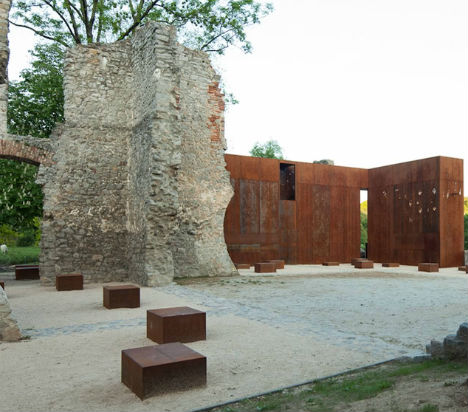 A rusted, L-shaped Corten steel volume replaces the missing corner of a crumbling Renaissance palace in the renovation of an ancient site in Pécs, Hungary. The contrast between the historic ruins and the modern addition highlights the age of the Szathmáry Palace, and calls attention to the parts that have already fallen victim to the passing of time. 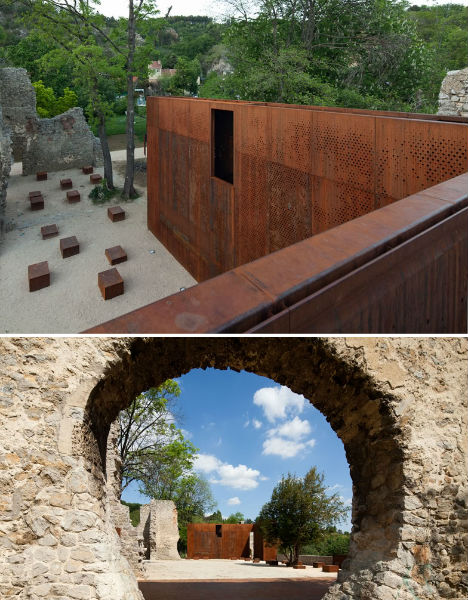 Budapest architects MARP created the narrow, perforated steel structure as a lookout point that visitors can climb for expansive views of the ruins as well as the Tettye valley. Built at the beginning of the 16th century, the palace was made of local stone and featured an inner patio. In the early 20th century, part of it was demolished, with some of the openings fortified with new arches. 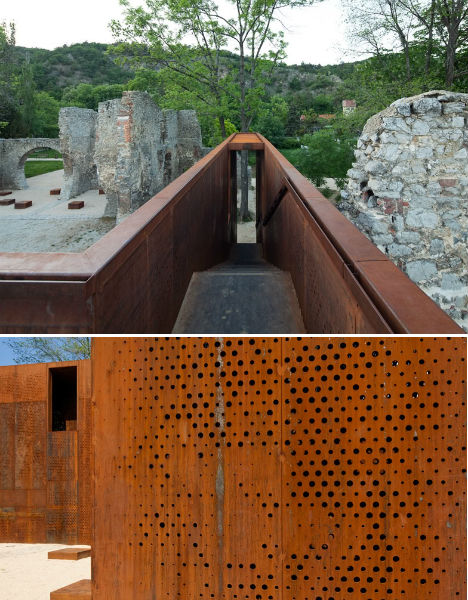 In addition to the lookout tower in one corner, MARP leveled out the ground with walkways and created an outdoor theater with Corten steel seats. The designers used scientific results of archaeological excavations to capture the palace’s original sense of space, while blurring the lines between architecture and landscape. 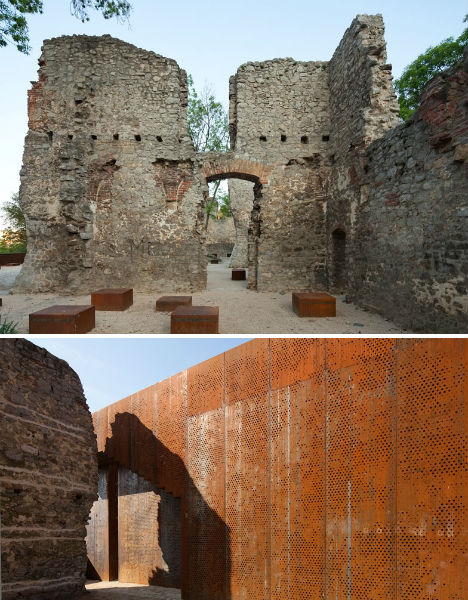 “When defining the interventions, our main aim was to avoid overwriting the intellectual layers as well as the quality resulting from the ruin’s complexity,” says MARP. “The starting point was to accept the existence of these even if the layers were developed either through centuries or just a few decades. At the same time, it was unavoidable to revise and ’retune’ the quality and the meanings carried by the ruin.” 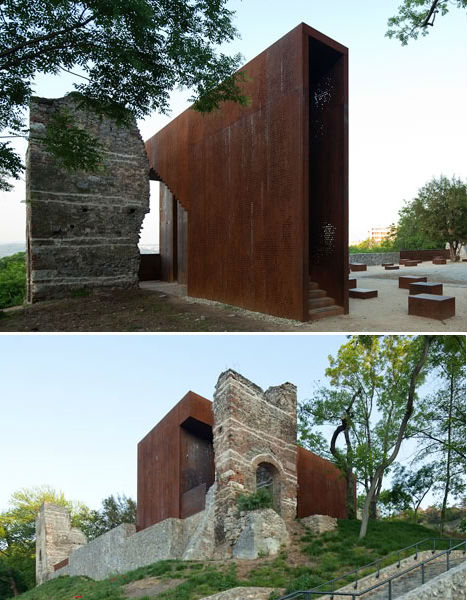 “As part of the reconstruction of Tettye Park, both the ruin’s immediate and distant environment have been renewed. Having replanted the green area around the ruin, the formerly covered, fragmented building that could be characterised as a more unified, magnificent whole has managed to regain some of its original character.”