Instead of wearing the architectural equivalent of jeans and a t-shirt, these buildings treat their facades like high fashion to stand out from the crowd and make a visual statement. Artistic exterior treatments can give structures a bold makeover, offer multiple functions like built-in courtyards and benches, and engage with the city in ways that ordinary buildings simply don’t. 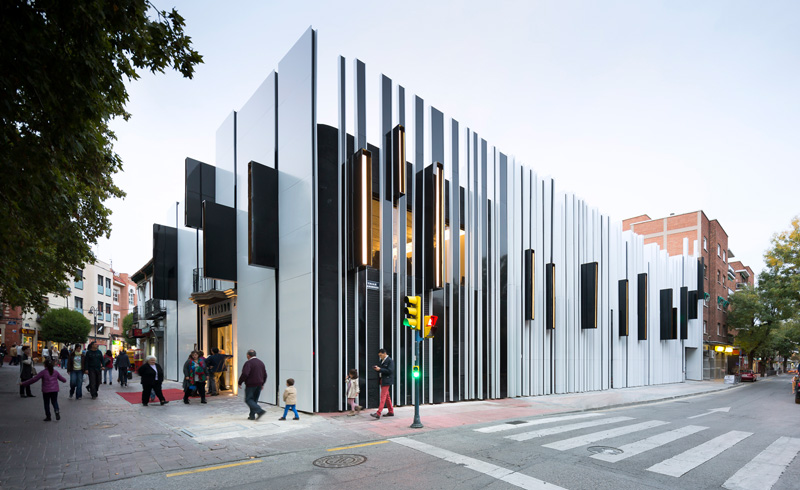 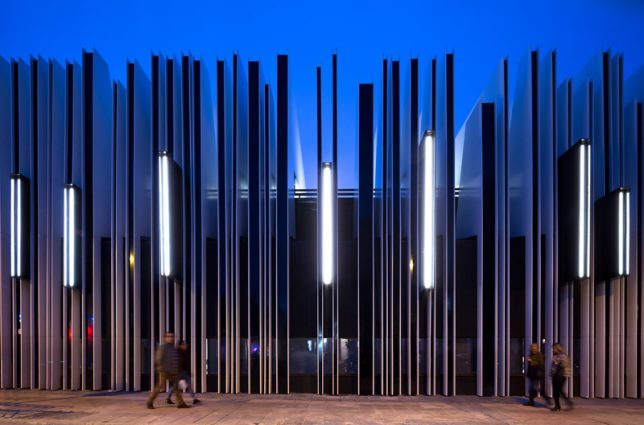 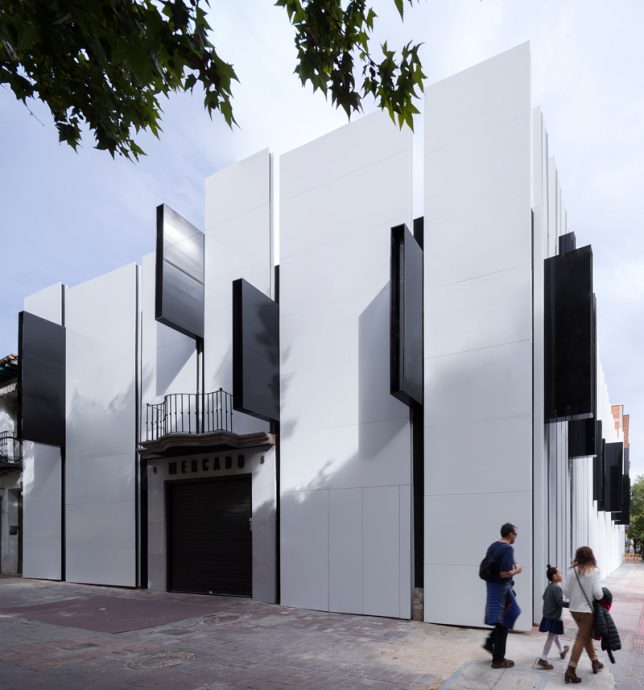 An ordinary brick building suddenly becomes extraordinary with the addition of a wrap-around facade by A-cero. The architects created a black envelope for the structure and added aluminum ribs and oversized lighting that protrudes to stick out over the sidewalk. 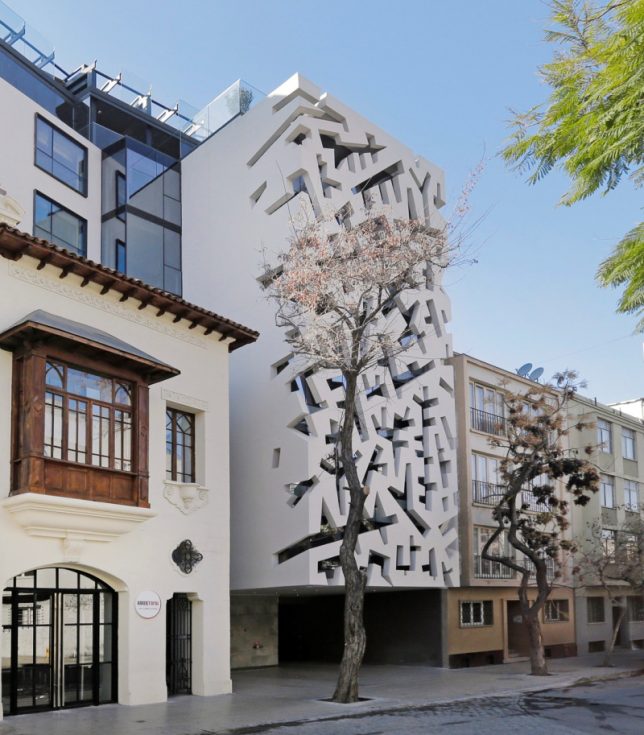 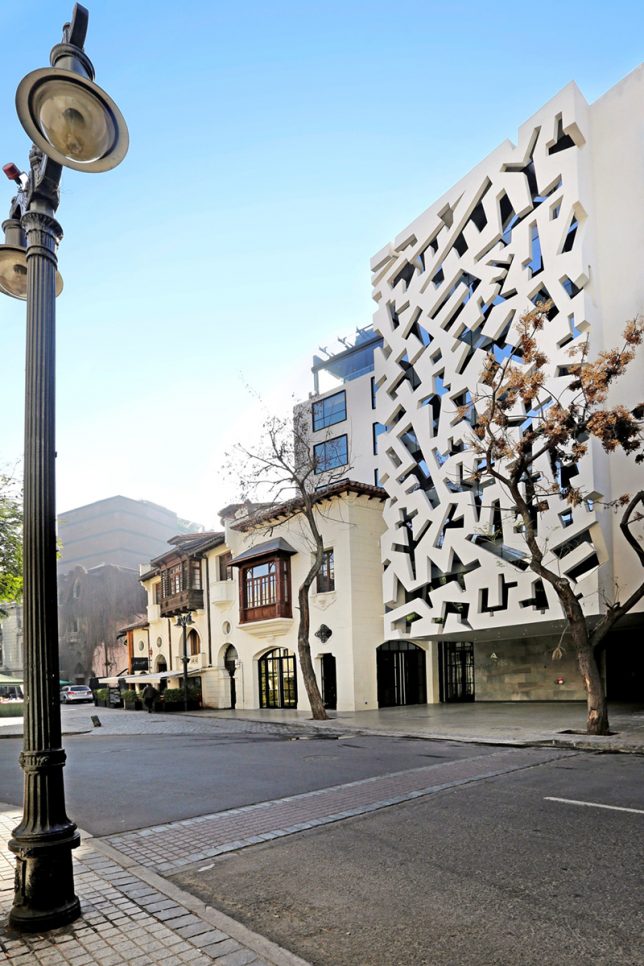 The white facade of this hotel by Rodrigo Errazuriz wraps around the glazed front of the building, turning rectilinear windows into a pattern of abstract shapes. 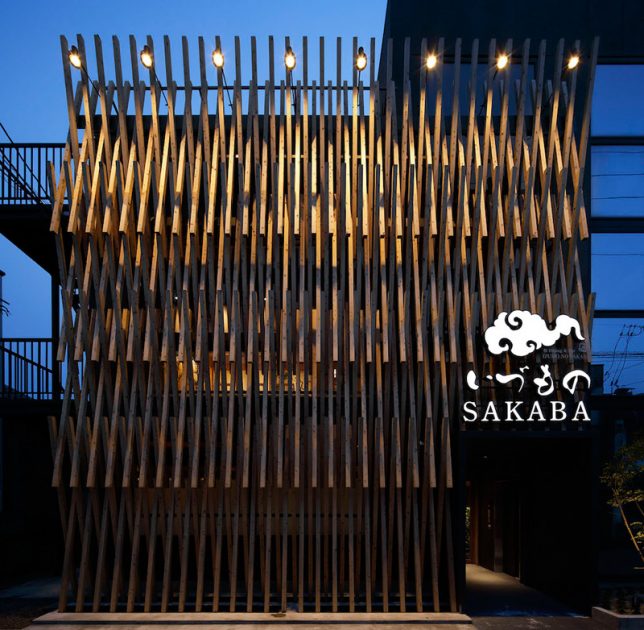 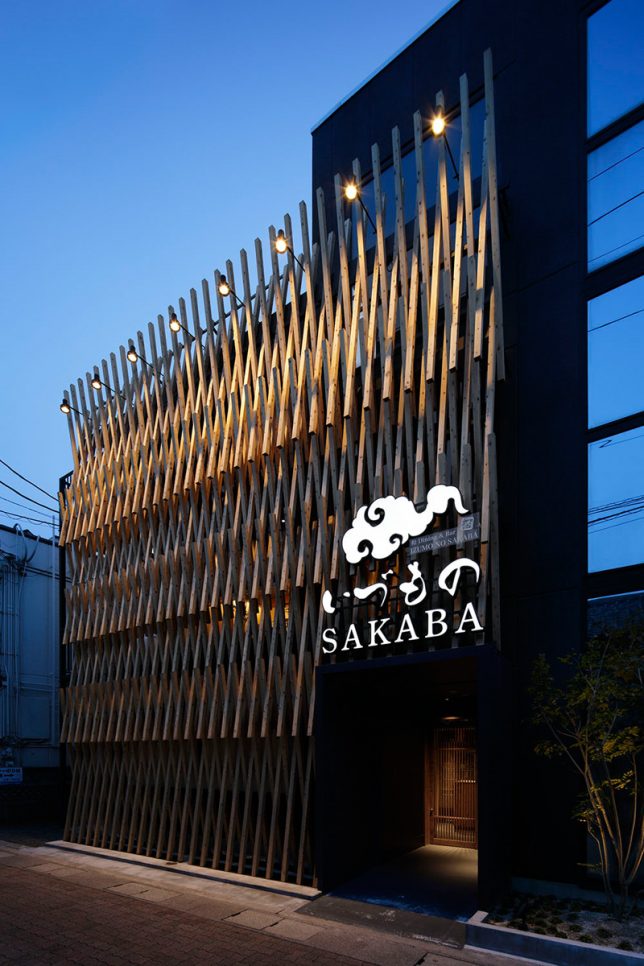 Architecture firm Area Connection took inspiration from the traditional details on the Izumo Taisha Shrine for this wooden latticework affixed to the facade of a nearby restaurant. 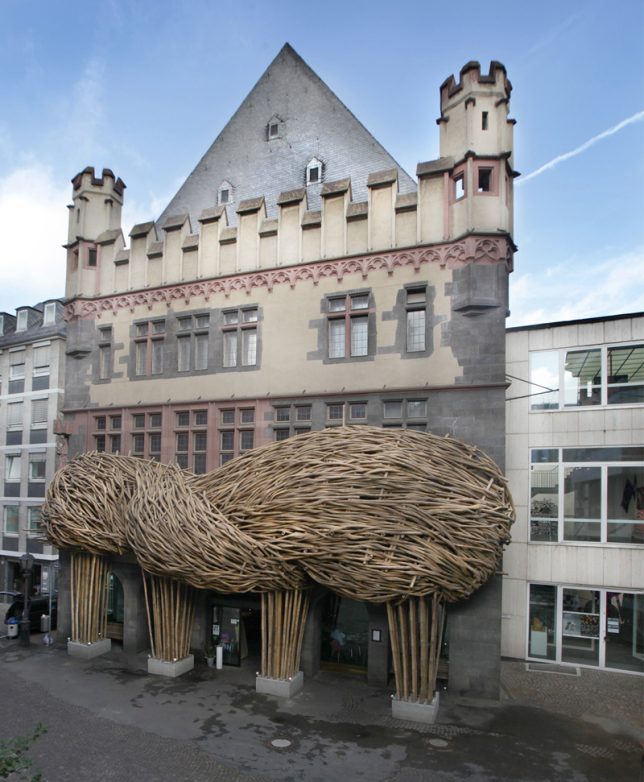 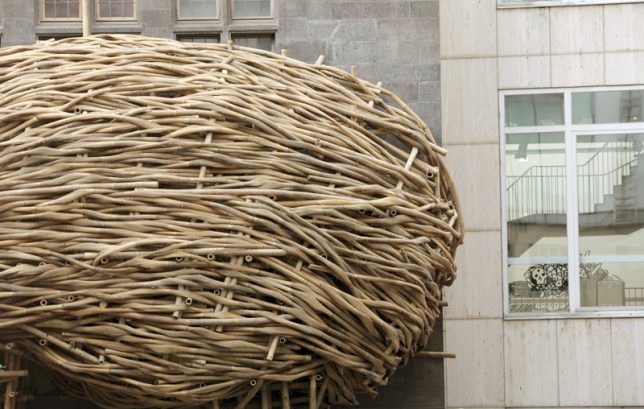 It’s too bad this cloud-shaped woven bamboo facade installation by artist Joko Avianto was only temporary, as it adds a beautiful new dimension to the exterior of the Frankfurter Kunstverein art museum. 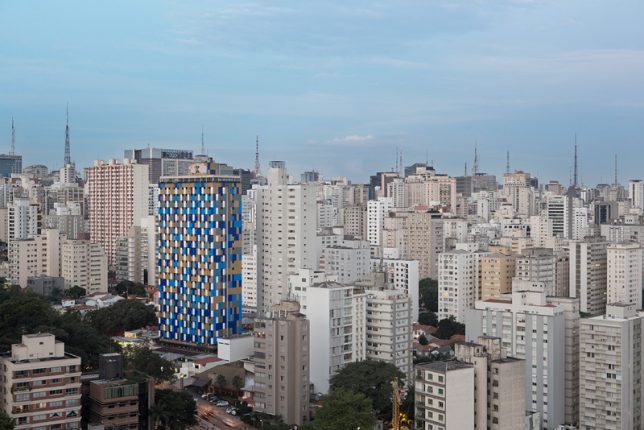 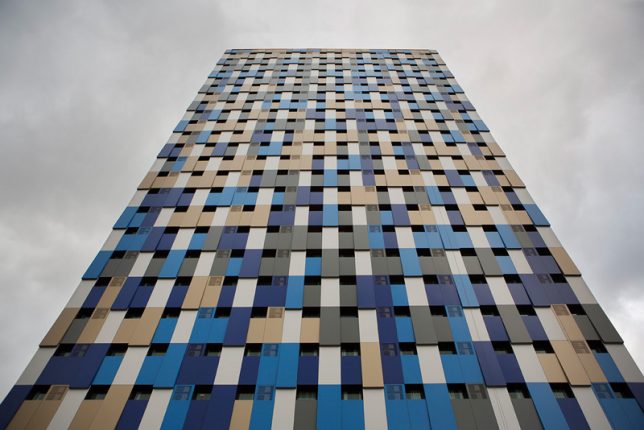 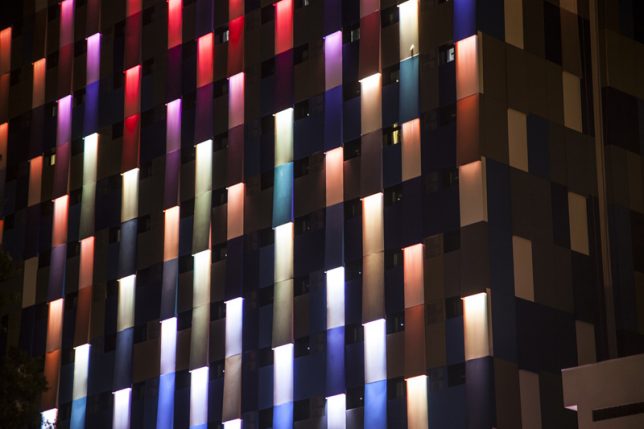 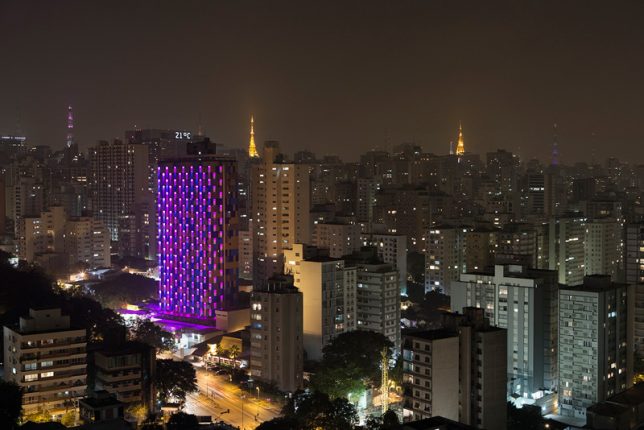 Exploring the concept of a ‘hacked city,’ the new facade of the Hotel WZ Jardins by Studio Guto Requena is covered in an ‘urban camouflage’ metal skin that lights up at night in interactive patterns, reacting in real time from sensors on the building that collect data on air quality. Passersby can also influence its patterns by logging onto a mobile app and using finger taps or voice commands.