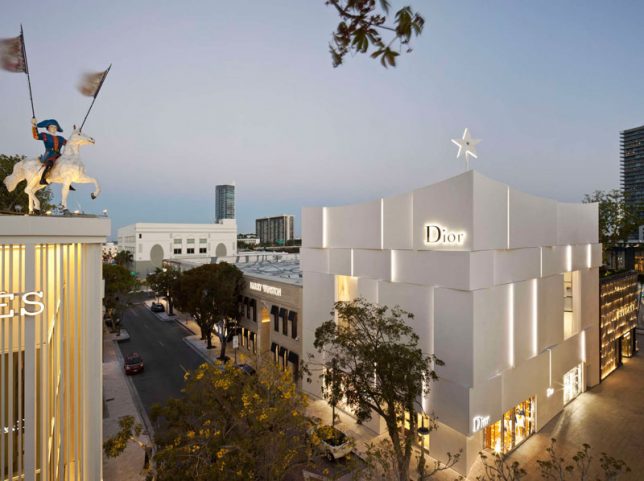 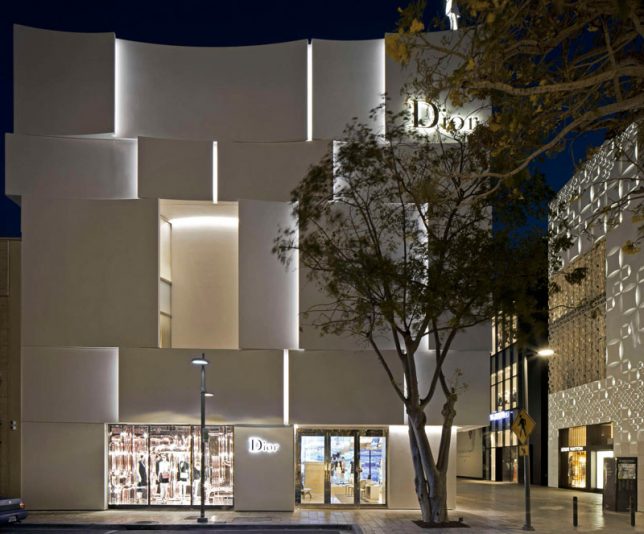 The facade of a Dior boutique in Miami gets a garment-like treatment with exterior cladding inspired by pleats of fabric. Barbarito Bancel Architects installed lighting between the ‘folds’ of the facade that peeks out at night. 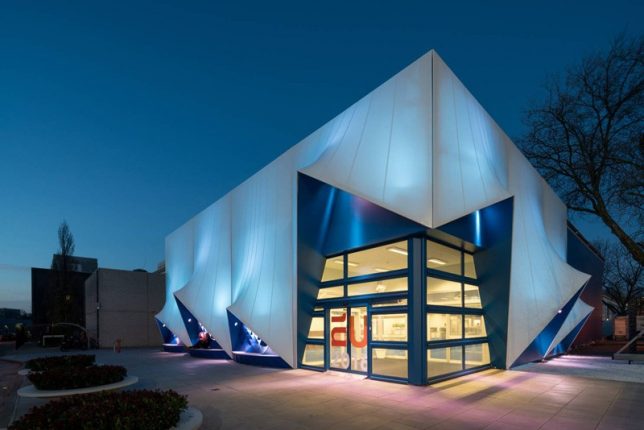 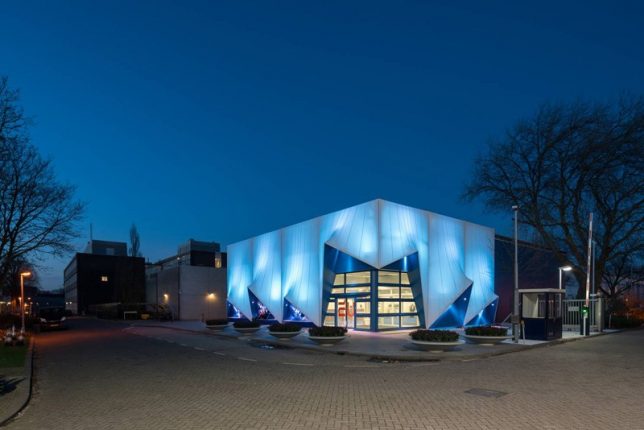 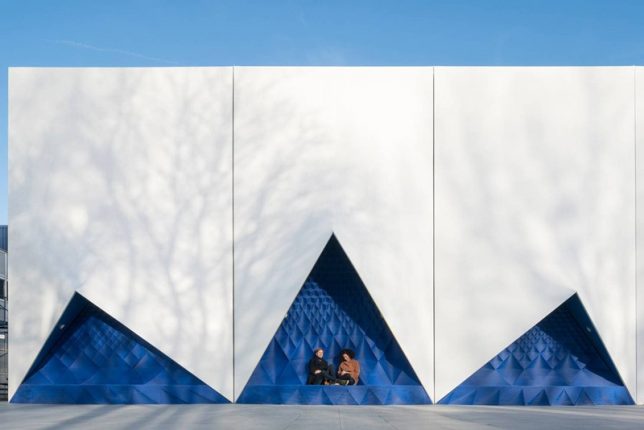 Three-dimensional forms based on the sails of ships stretch from the rooftop of this temporary EU building to the ground level, rising into mid-level peaks to create built-in benches at the base. DUS Architects crated the facade for the Dutch EU Presidency 2016. 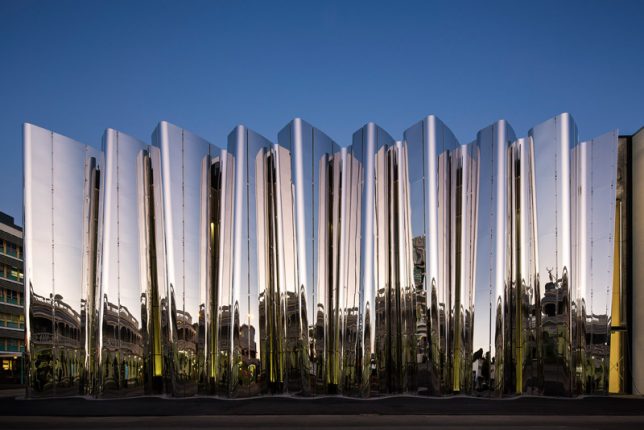 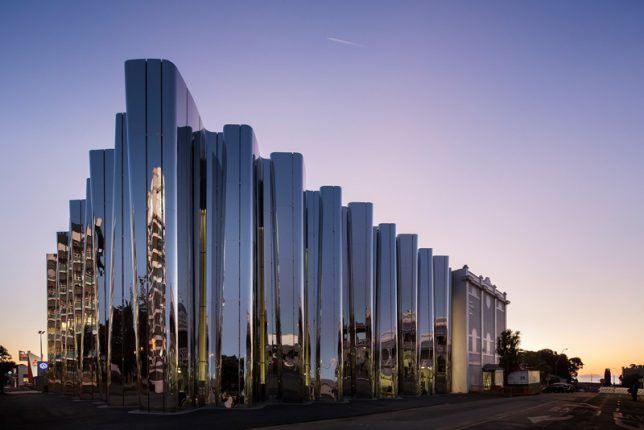 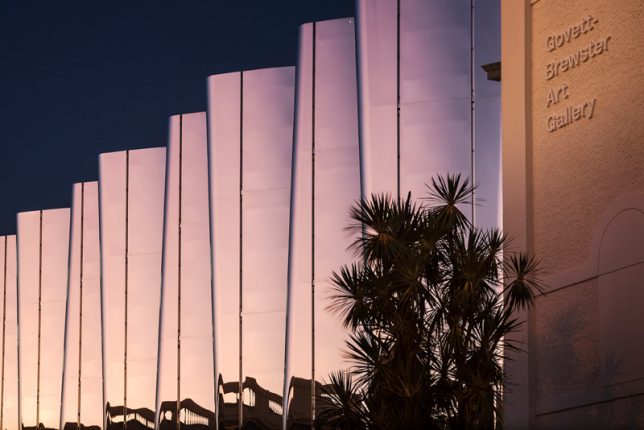 Highly reflective stainless steel wraps around the Len Lye Centre in New Zealand, creating an exterior that changes constantly according to the time of day and the season. Pattersons Architects used patterns found in the ecology of the museum’s environment to drive elements of the design. 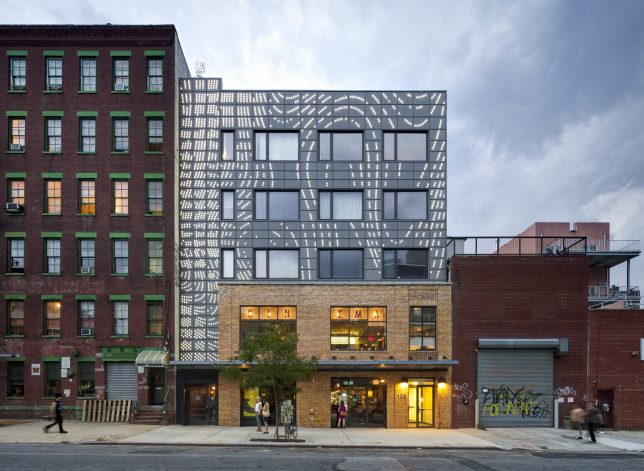 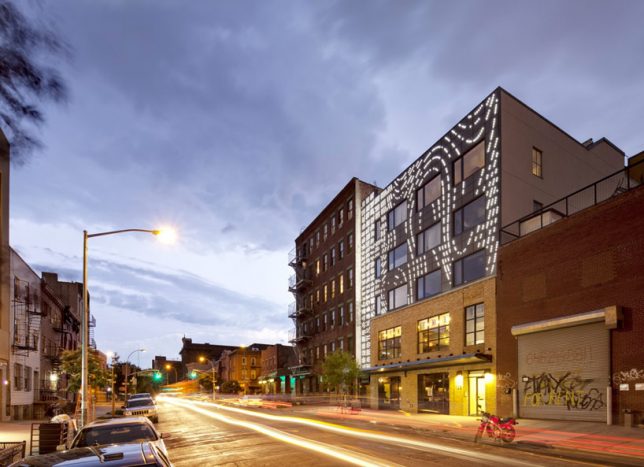 The signature zinc and glass facade of Nitehawk Cinema in New York City lights up at night in an irregular pattern, with low-voltage LED lights shining through cast glass discs. Caliper Studio designed the facade algorithmically to create the pattern. 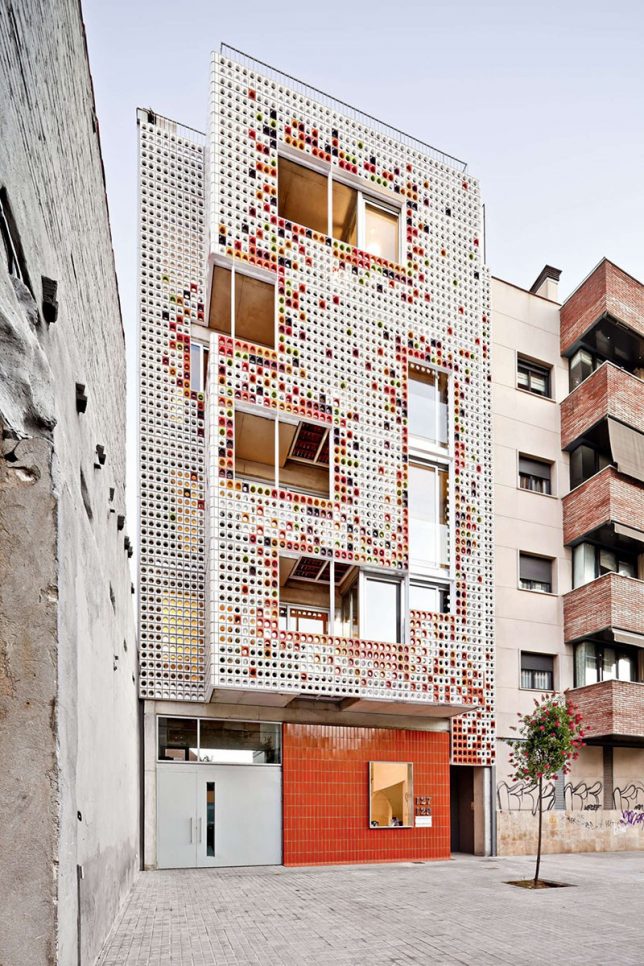 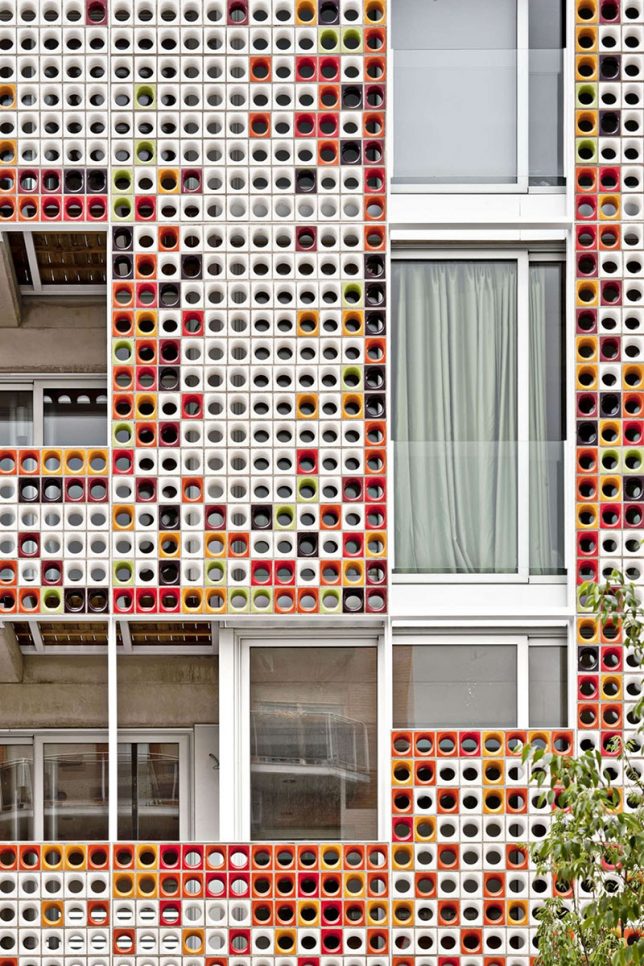 Glazed ceramic blocks in a variety of colors, with holes cut into their centers, give the facade of this apartment building in Barcelona by Lagula Architects a highly distinctive look.