We tend to experience buildings as static or slow-moving objects relative to our own points of view, but this simple work of creative adaptation turns an ordinary perspective into a dynamic animation.

The facade of the Nidaros Cathedral in Trondheim, Norway is wonderfully ornate, rich in architectural details with rows of hand-carved sculptures, all of which whizzes by in this fast-paced and selectively choreographed mini-film. 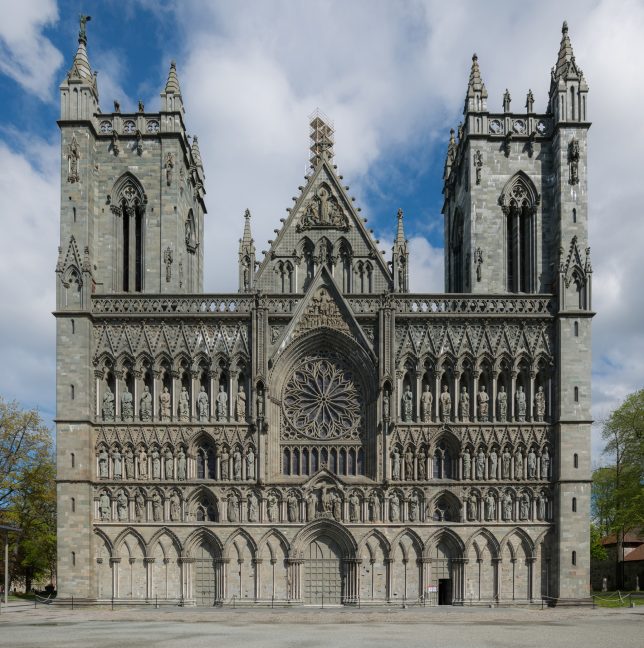 Spanish animator Ismael Sanz-Pena composed the piece from a single still image. But, per Colossal, the background recording of chants, cheers and drums “adds an extra element of vitality” through this “unique continuous motion animation.”

“The idea behind the film was to find the innate movement inherit in still forms,” says the animator, who also works on more conventional drawn animations. “Every sculpture has movement in it, and it is the task of the animator to discover it. It was through the process of editing my imagery that I discovered that a single image would suffice to create the animation. The film was made by zooming into the image and panning row by row while making sure that different architectural motives aligned in every increment. This also gave a structure to the film.”