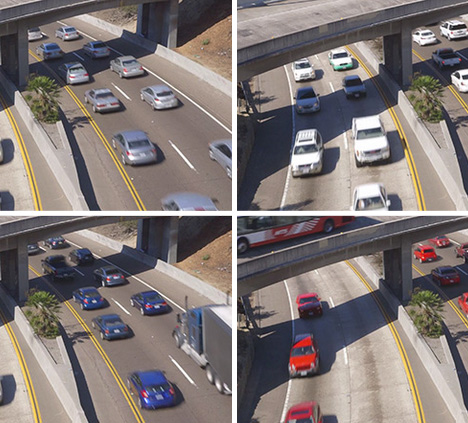 There is no computer-generated imagery behind this surreal-seeming scenography, but rather a skillful remixing of reality to sort actual automobiles by color.

Artist and filmmaker Cy Kuckenbaker explains that his “aim is to reveal the color palette and color preferences of contemporary San Diego drivers in addition to traffic patterns and volumes. There are no CG elements, these are all real cars that have been removed from one sample and reorganized.” 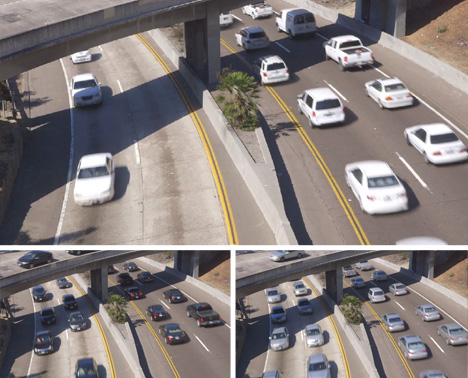 Sure enough, the dominant colors are actually revealed to be anything but colorful – vehicles are mainly white, gray or black, with some reds and blues then very few oranges or yellows. Both lanes below and the overpass ahead are integrated into the artificial choreography. 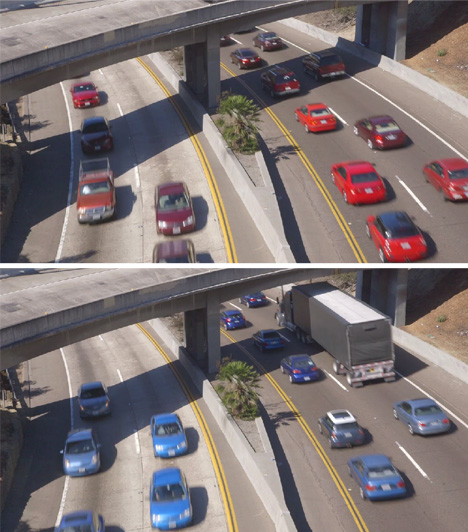 Shot in San Diego and reorganized in post-production, the seamless transitions in this film serve to make the piece simultaneously more realistic and implausible. Just imagine your reaction  if you saw something like this actually unfolding on the highway before you.

In a similar previous project, Kuckenbaker captured a series of landings at the San Deigo airport and then overlaid the results of hours of filming. The sky was effectively green-screened so that the planes could be overlapped in front of a seemingly-consistent background.