Like the chambers of a seashell eroded over time by sand and water, the white hollows of this subterranean museum offer a series of organically shaped spaces tucked beneath the dunes. The UCCA Dune Museum by OPEN Architecture draws inspiration from both children digging in the sand at the beach and the caves that housed humanity’s earliest artworks to create an intriguing complex that interacts with the natural setting. 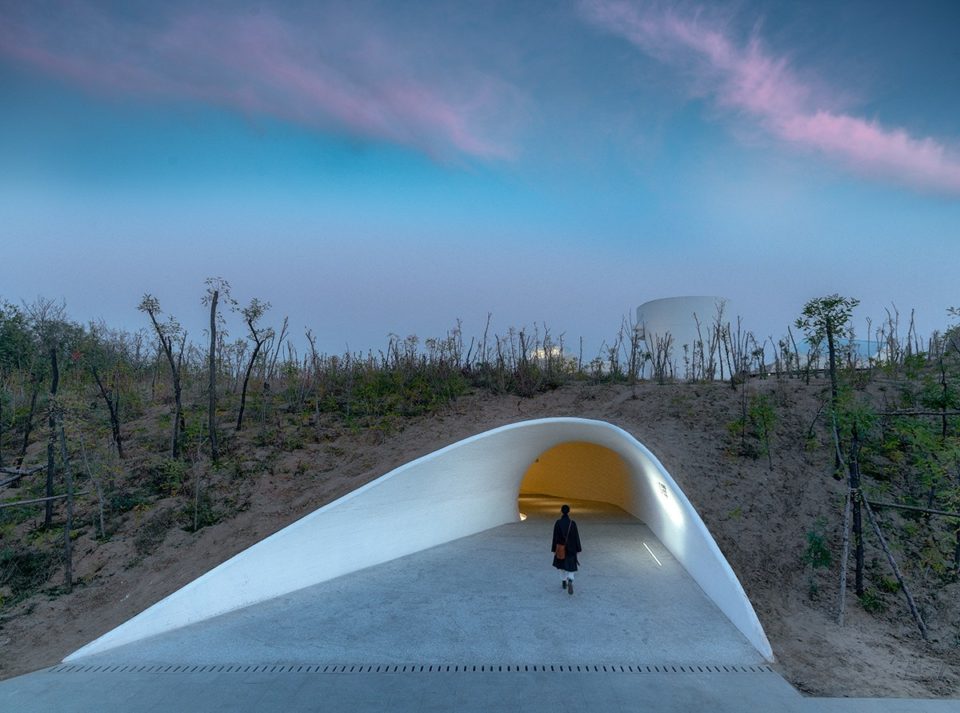 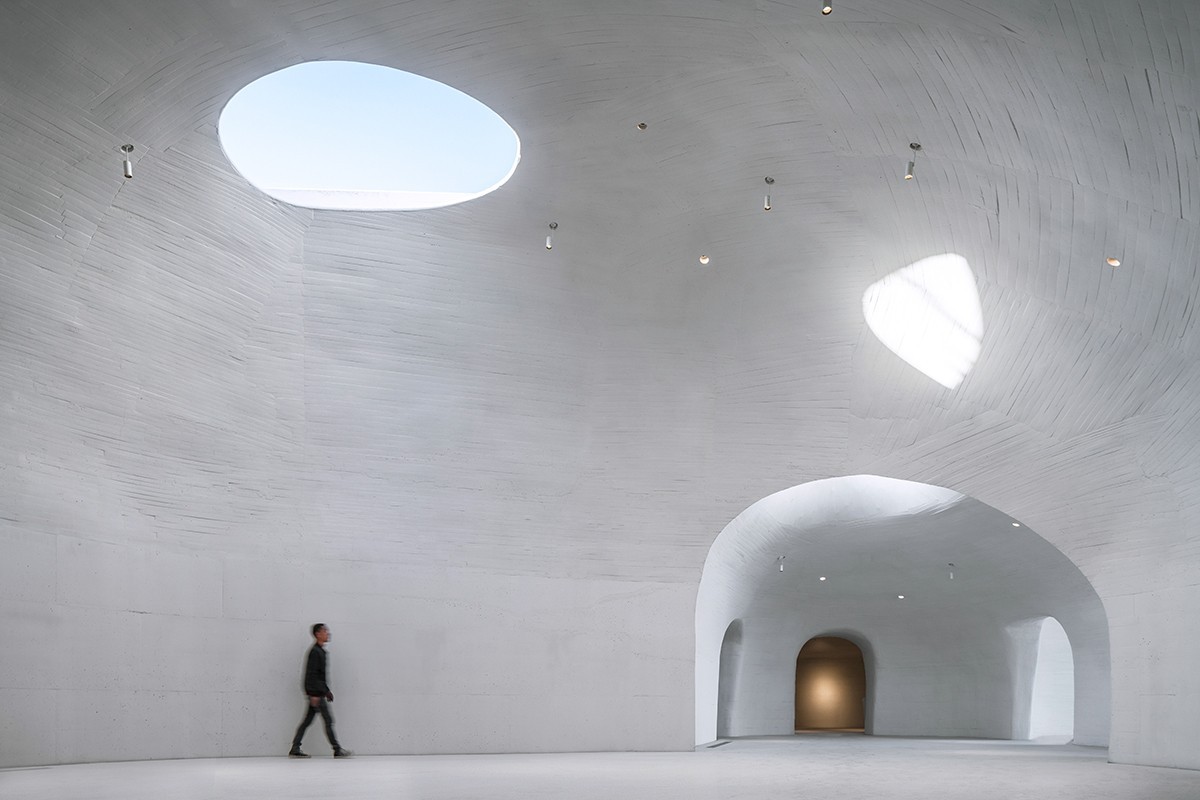 Daringly set back just a few meters from the water, the art museum along the coast of northern China’s Bohai Bay aims to be “a return to primal and timeless forms of space.” While some might see the development of such a structure in a sensitive natural area as an intrusion, the architects say they chose this location specifically because the presence of the museum will prevent the dunes from being leveled to make way for ocean-view real estate developments, which has already happened along much of the shore. 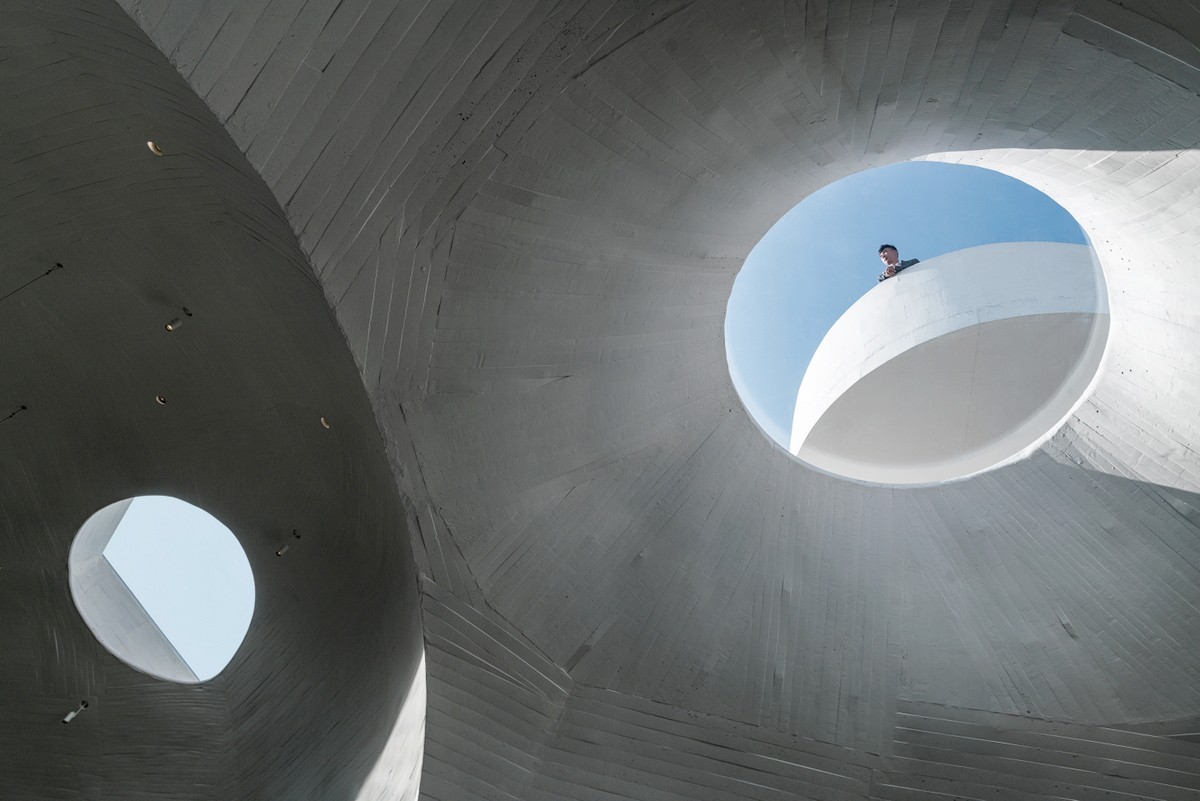 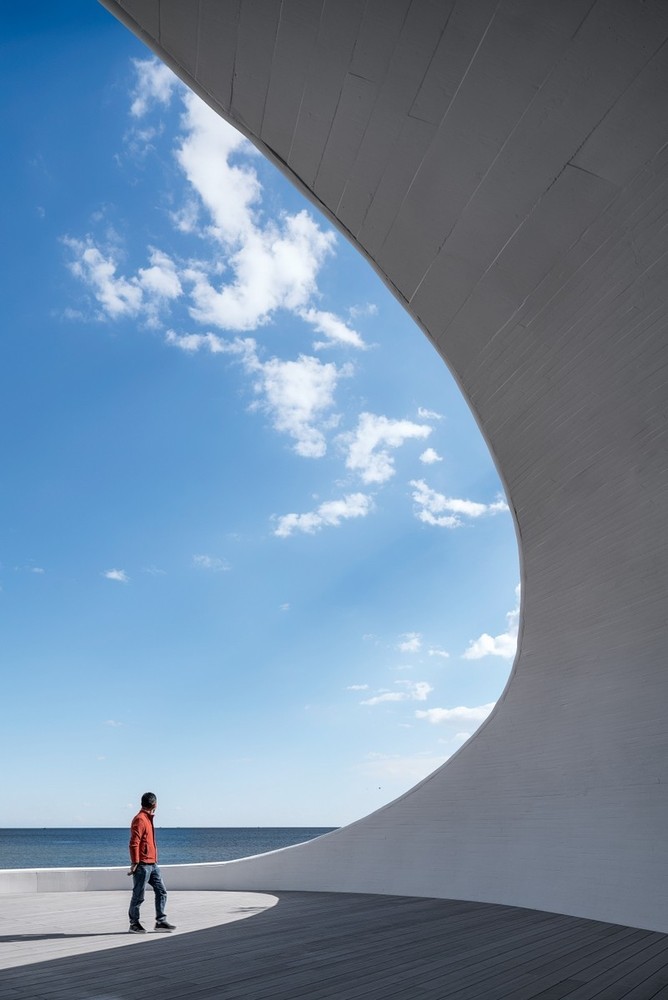 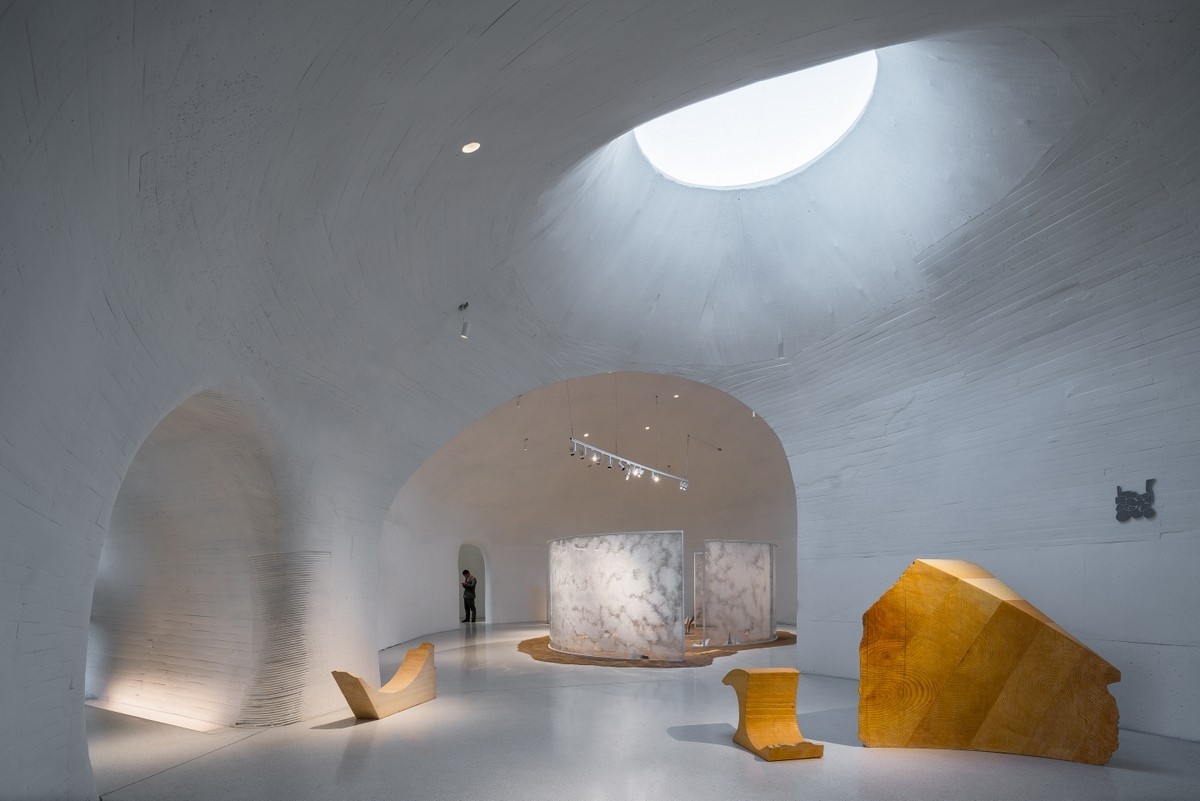 “A series of cell-like contiguous spaces accommodate the Dune Art Museum’s rich and varied programs, which include differently-sized galleries and a cafe,” the architects explain. “After passing through a long, dark tunnel and a small reception area, the space suddenly opens up as visitors enter the largest multifunctional gallery. There, a beam of daylight from the skylight above silently yet powerfully fills the space.” 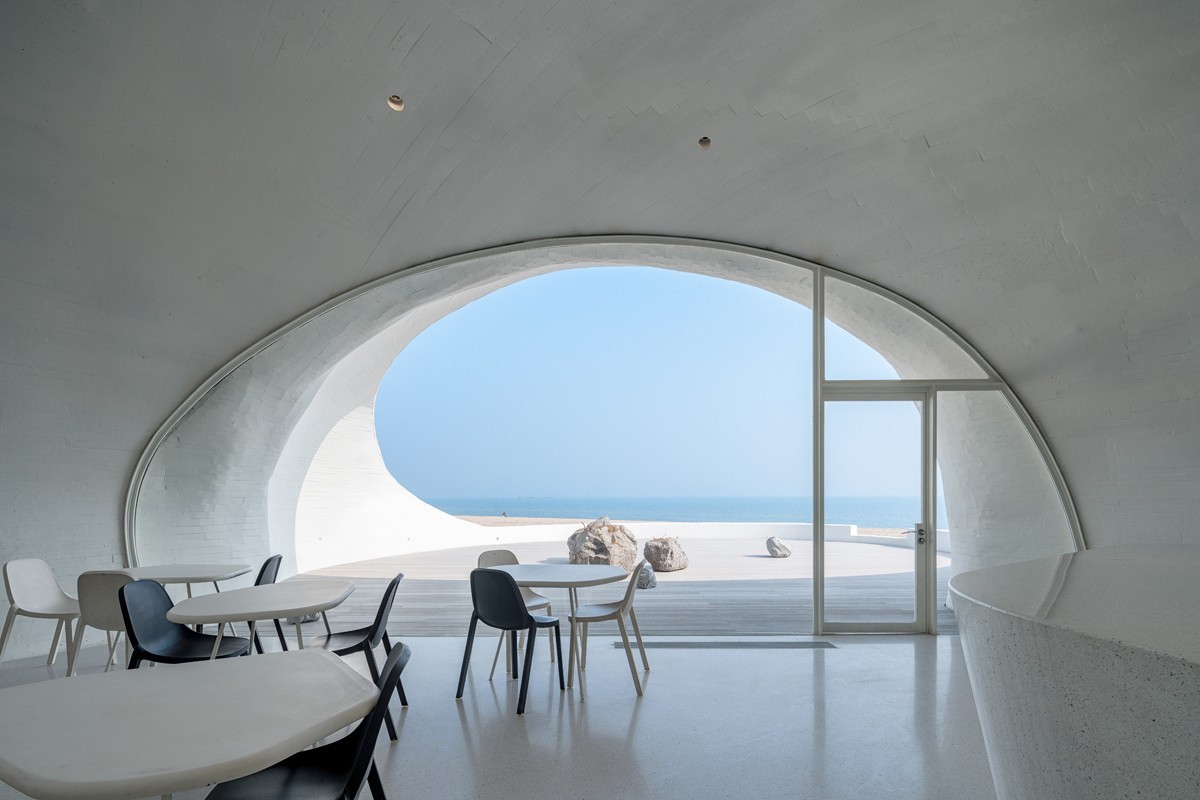 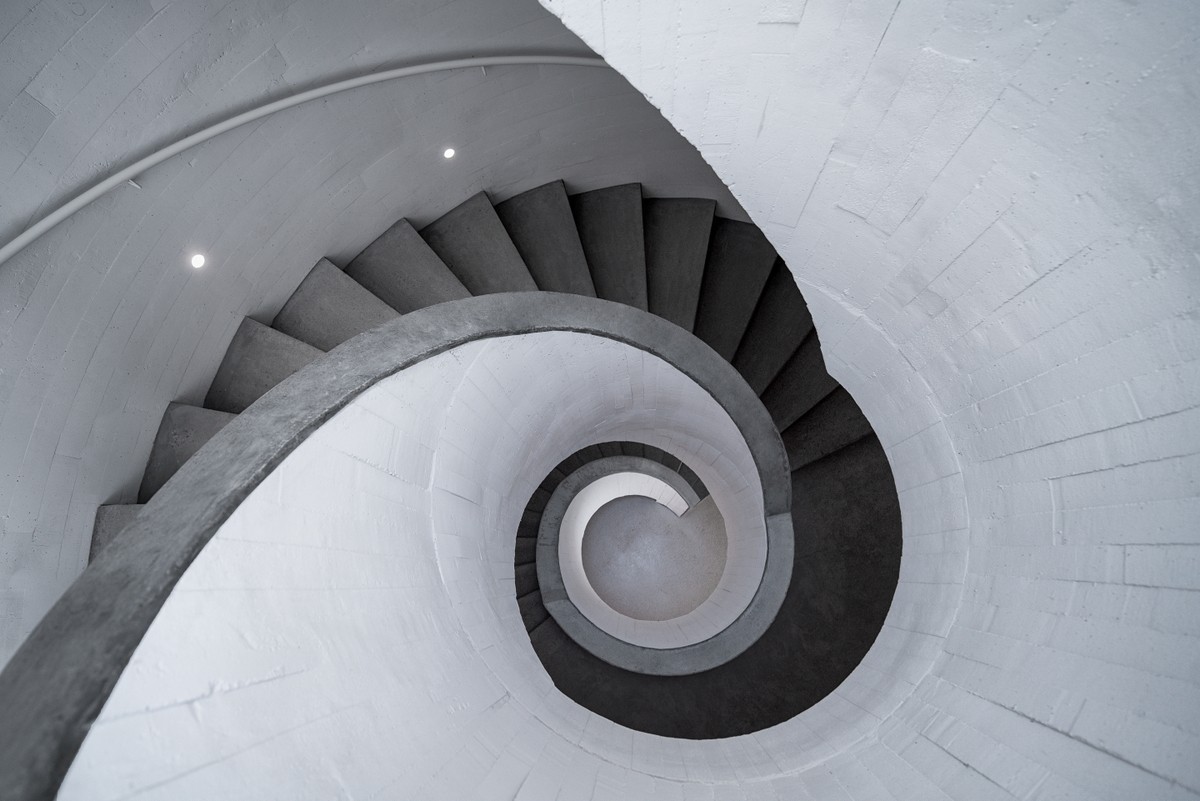 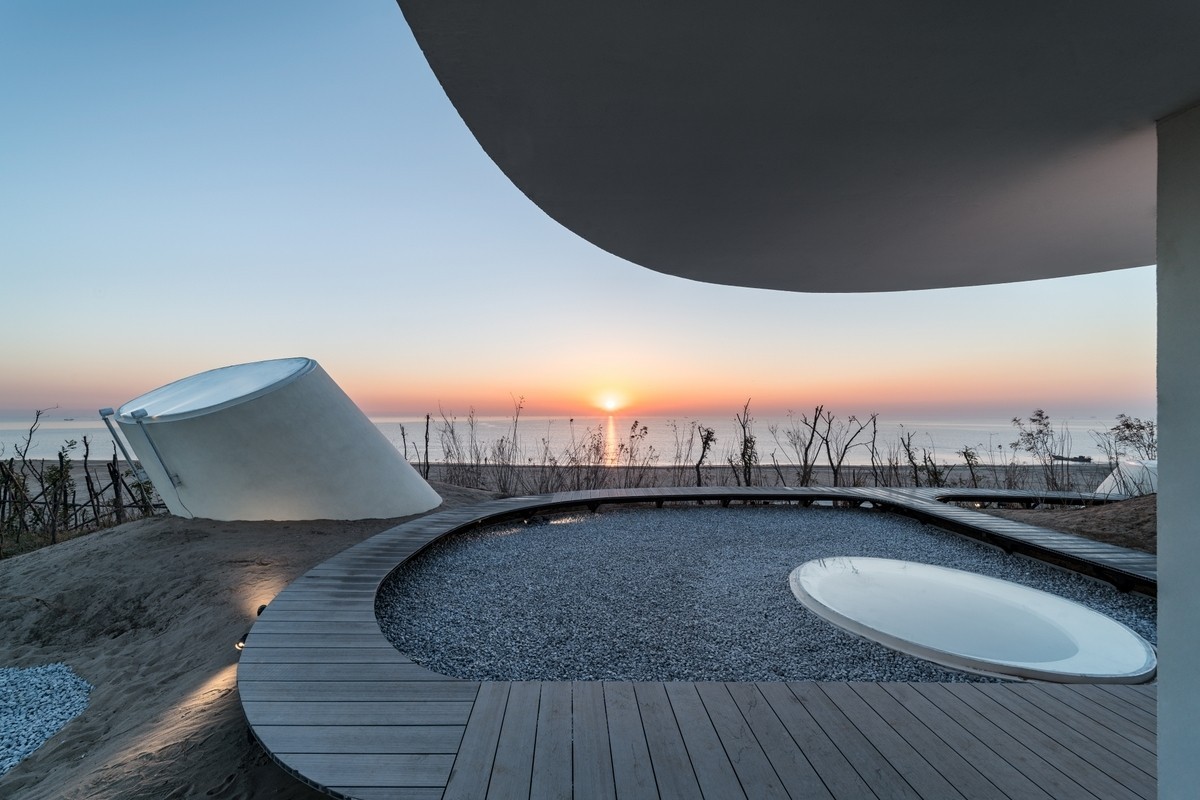 The sea, sand and sky join together with the sinuous curves of the building and its ovoid openings to interplay with the artwork on display inside, resulting in a singular experience that simply can’t be recreated when the art travels to different museums. Even varying weather conditions and times of day, with their varying levels and angles of light, alter the visitor’s perception of the art and how it feels in the space. 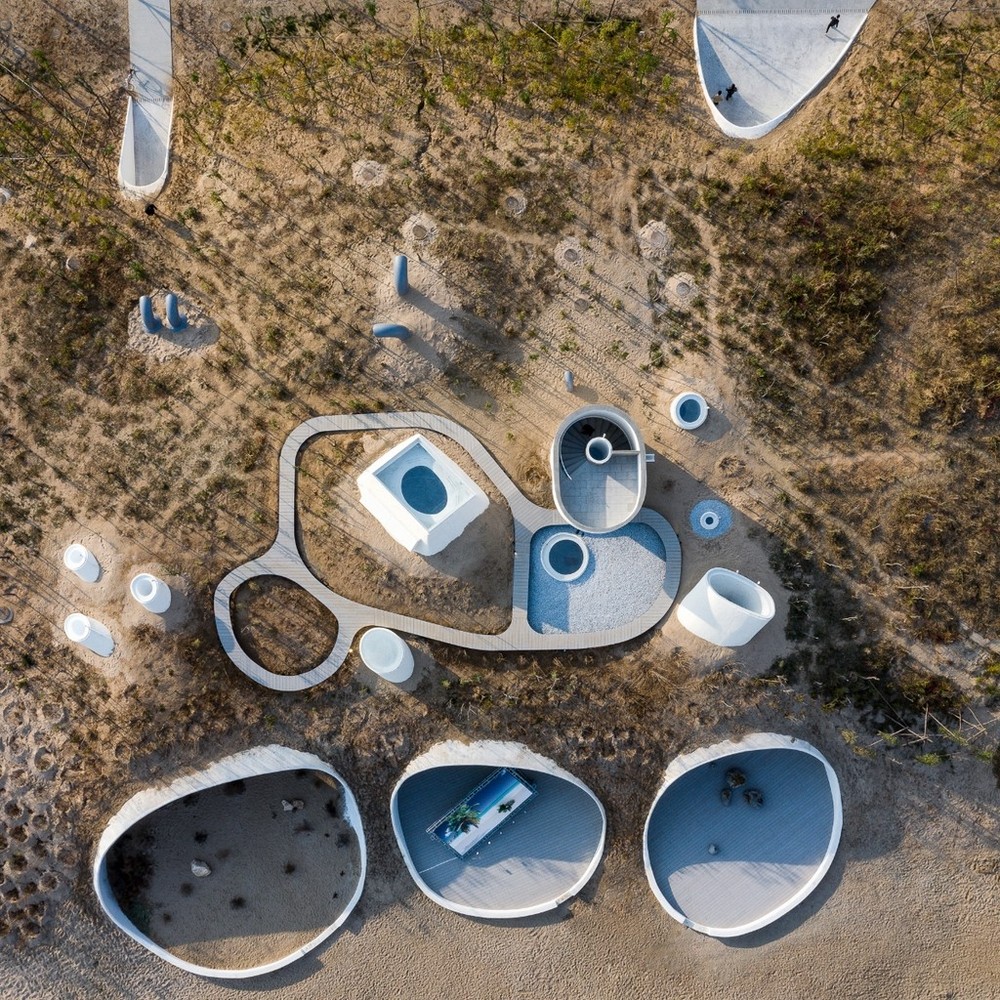 Walking through the museum’s interiors can feel like navigating a secret network of underground tunnels, and then the contrast of dark and light, under and over, interior and exterior is revealed at the top of a spiral staircase that opens up to the sky. In the near future, a companion museum called the Sea Art Museum will rise from the water itself, visible from the dunes.