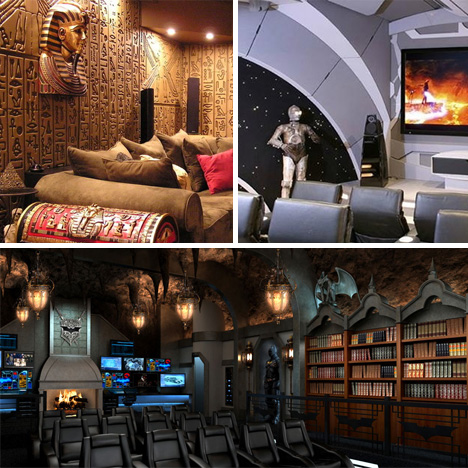 Theme parks are fun because of the rides, yes, but a lot of the joy comes from the atmosphere. Theme parks are designed like movie sets, and it feels like one has stepped into a different world. Wouldn’t it be great if that feeling could be brought home? It can be. Creating a themed home theater is increasingly popular with those that have the money, or the obsession, to make it worthwhile. 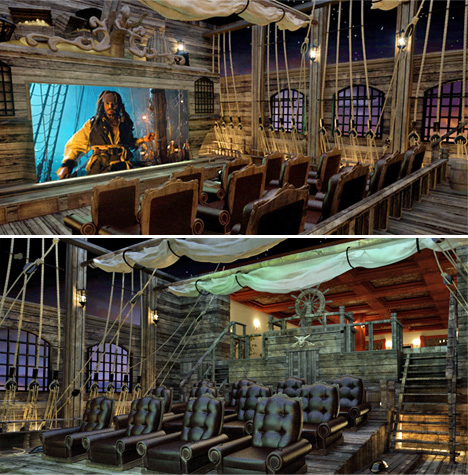 Elite Home Theater Seating is one of the strongest voices in the themed home theater business. This particular offering is a pirate themed project that showcases their skills to great affect. These theaters are incredibly detail oriented, with a star studded sky completing the illusion of being on an open air ship on the high seas. 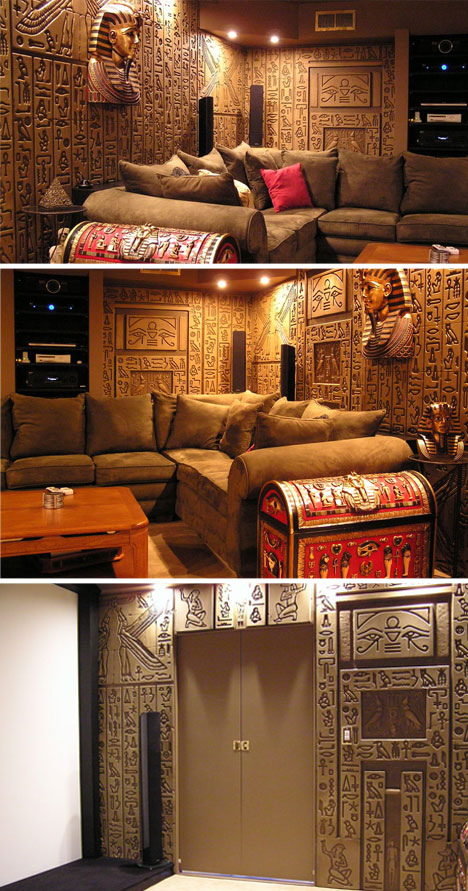 Florida-based AVS Forum contributor Venomnusss shared his incredibly detailed Egyptian tomb-themed home theater. According to his description, the theater took 1.5 years to complete, which isn’t surprising considering the incredible detail. Symmetric sides encase a large U-shaped couch that can seat the entire family, whether it’s time for the next episode of a TV show, or a thrilling film. 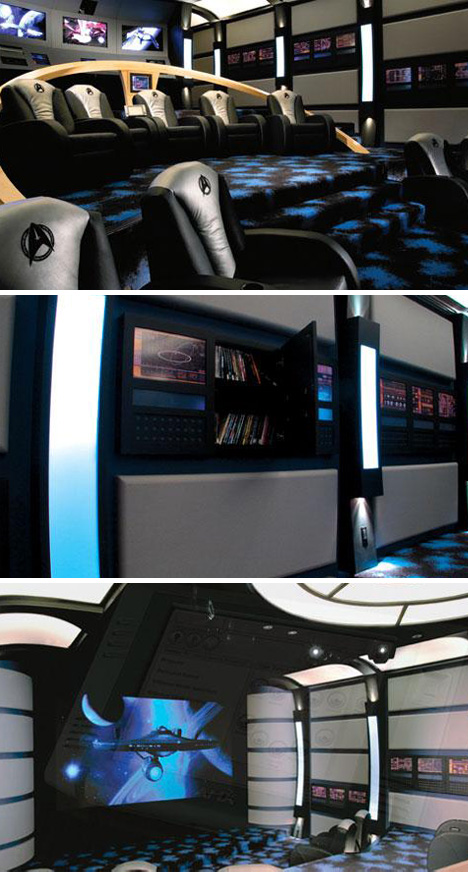 Electronics masters ESC designed and implemented this intense Star Trek themed theater for a private homeowner. With an incredible amount of detail (apparent to any fans of the show) and a difficult set up, ESC pulled out all the stops, including motorized doors and concert-type lighting.