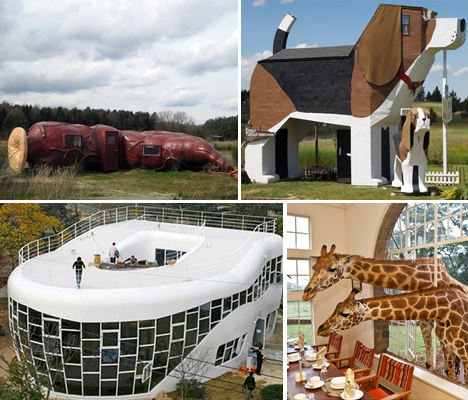 There are art hotels with unusually creative and strangely-themed decor, and then there are hotels shaped like giant anuses, which are in a different class altogether. Hotels so strange and unusual that they qualify as roadside attractions whether you spend the night or not include a massive toilet, an operable crane, a survival pod with disco decor, a giant beer can and a manor where you can eat breakfast with giraffes hovering over your shoulder. 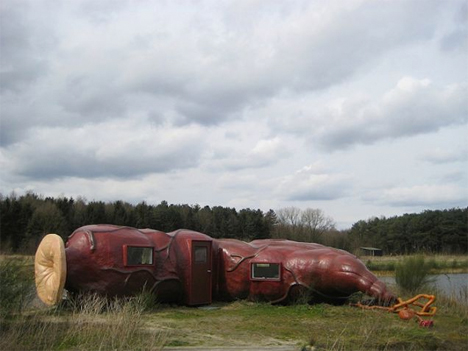 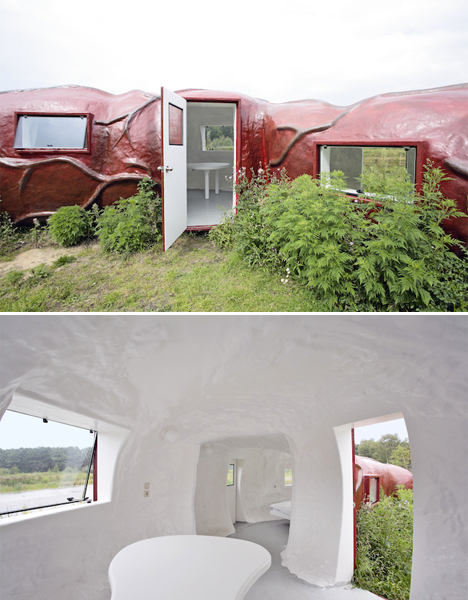 It’s unlikely that you’ve ever thought to yourself, “Gee, I’d love to spend a night or two inside a giant anus,” but you have that opportunity anyway if you’re ever traveling through Antwerp, Belgium. Hotel Casanus began as a tongue-in-cheek work of art but is now actually a functioning rental on a small, isolated island as part of the 30-acre Verbeke Foundation Sculpture Park. 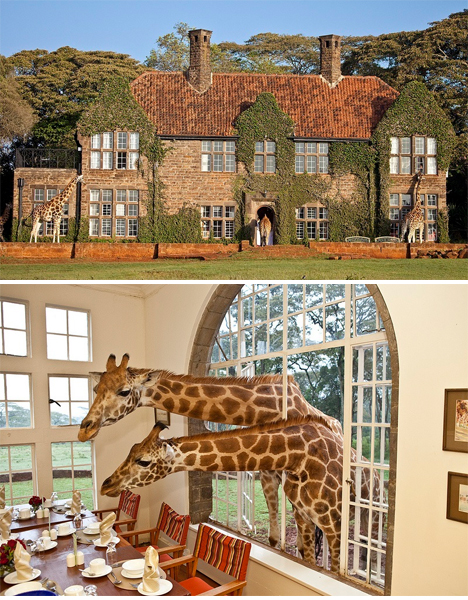 It’s certainly not every day that you can enjoy a gourmet meal in a quaint historic mansion as giraffes lean in through the windows over your shoulder. Giraffe Manor is located on a 140-acre sanctuary for one of the most endangered subspecies of giraffes in the world, Rothschild’s giraffes. The manor, which has ten guest rooms, offers up plates of giraffe food that you can feed to these hungry guests so they don’t go after your breakfast. 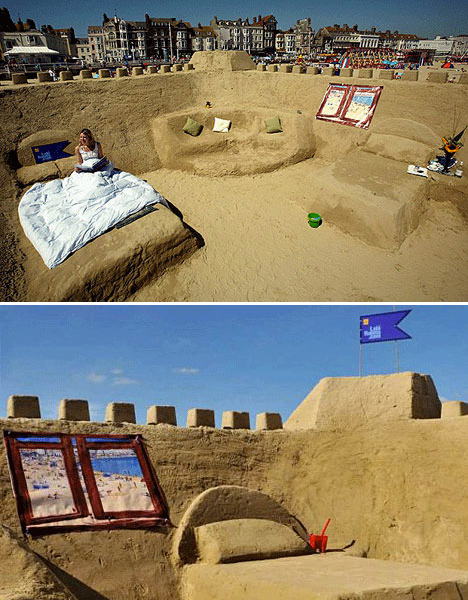 What’s the opposite of an ice hotel? A hot-weather alternative that’s no less ephemeral is the Sand Hotel in Dorset, England. Made of 1,000 tons of sand by British sculptor Mark Anderson, the hotel featured open ‘rooms’ that could be rented for only $21 a night. 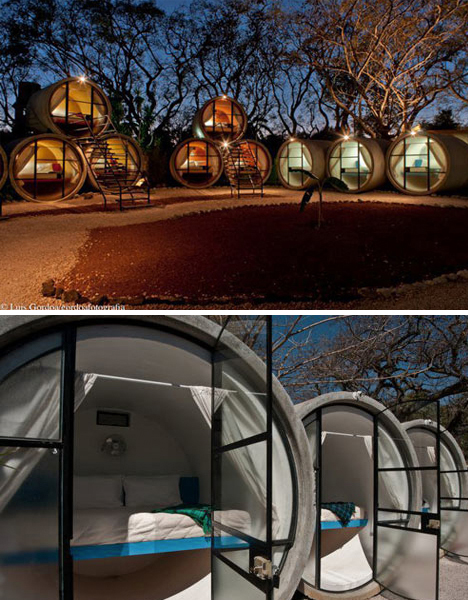 In case staying inside an anus sculpture is too extreme for you, perhaps a sewer pipe will be more accommodating. Mexico City’s TuboHotel is made up of stacked, reclaimed concrete sewer pipes with little more than a queen bed and a lamp inside. 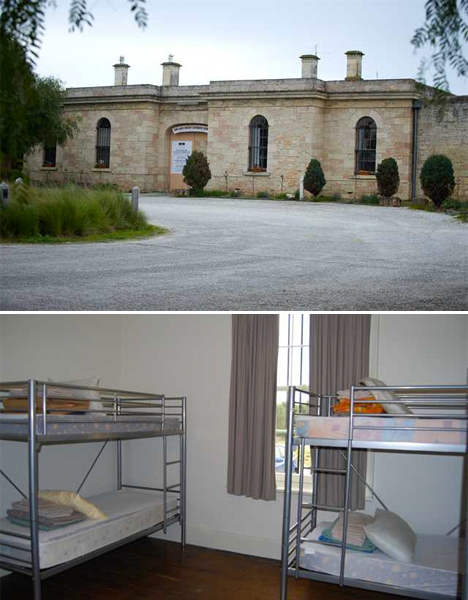 The spartan rooms of the Mount Gambier Jail hotel in Australia don’t look much different than they did when actual prisoners were staying there, and little has been changed about the entire facility since it was a functioning jail. It’s far from luxurious, but that’s kind of the point: the hotel markets itself as an ideal place to stay for penny-pinchers and the broke.