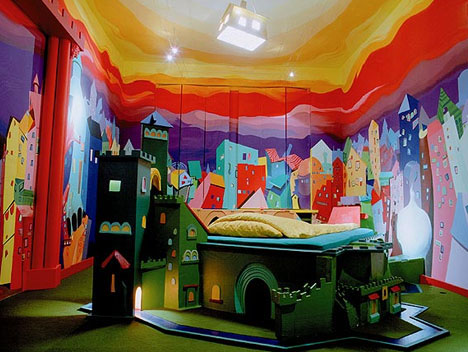 [above: Kids fortress bed with full mini-golf room from the Propeller Island Hotel]

Ever wonder what it would be like to be stuck in prison, live in a museum or stay in a hotel room in space? Art and concept hotels and hostels have begun addressing every fantasy you may have had … and some you probably haven’t. These twenty rooms range from playfully artistic to mind-bogglingly surrealistic with everything in between. Also be sure to check out the original 16 incredibly creative and sexy hotel rooms and see 70+ Amazing Theme, Castle, Jail and Art Hotels. 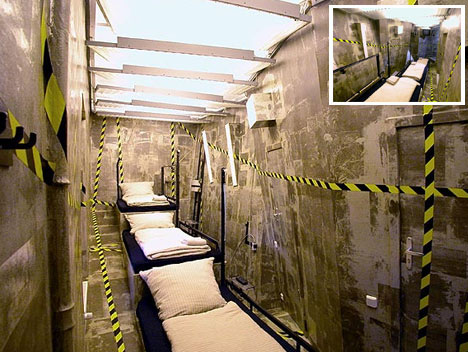 This room at the Propeller Island Hotel is something of a strange cross between prisoner and miner quarters. The harsh physical environment and somewhat uncomfortably sloped sleeping arrangements are augmented by the all-or-nothing harsh overhead lighting and thin slotted windows that are the only way to see outside the rooms. 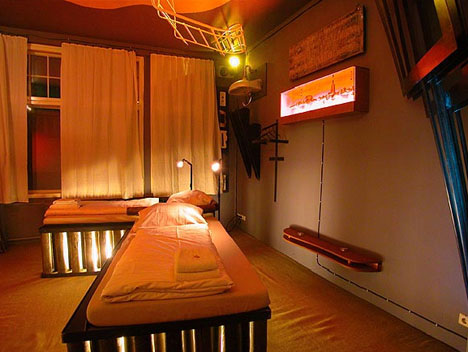 This room may look like it is merely cluttered with antiques but its interior design actually tells the history of the Propeller Island Hotel with artifacts dating back to the hotel’s inception. Various objects on the wall range from early fixtures to pieces of failed structural supports all reworked to fit various purposes both functional and decorative. 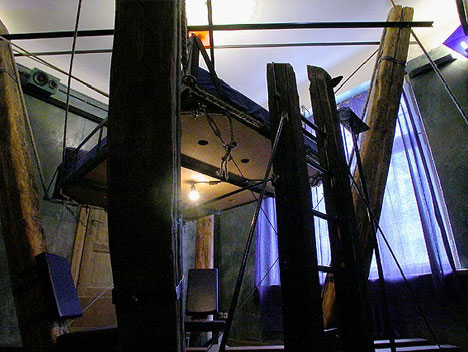 Want something a bit more exotic? This room features a suspended bed and also incorporates structural members from the hotel’s past. The raised bed creates an intimate (if strange) gathering space below it and the bed itself can be raised or lowered manually via a series of pulleys mounted in the corners of the room. 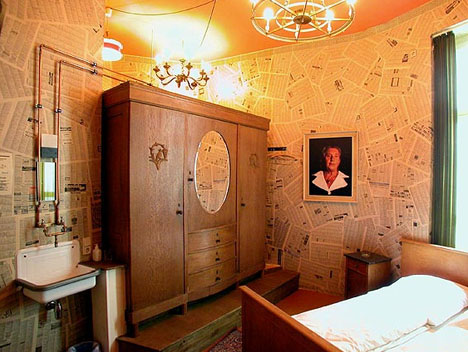 Why anyone would want to stay in a room that reminds them of their grandmother’s house is anyone’s guess but perhaps that home-away-from-home is just what some people are looking for in their hotel stay. The room is fitted with antique fixtures and furniture and comes complete with an (albeit creepy) image of a generic grandmother. 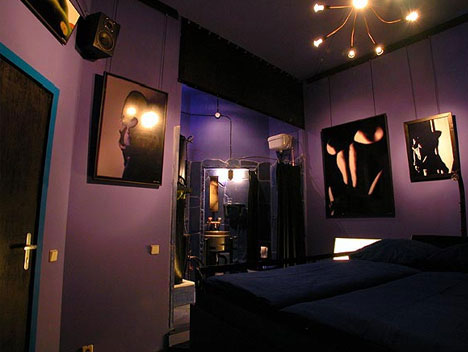 At the quite opposite end of the spectrum from the previous room this sensual and sexy hotel room interior is decorated with nude portraits as only the sexually liberated Germans could imagine. Part art and part erotica, the plush purple interior and other decorations clearly cater to a more romantic clientele. 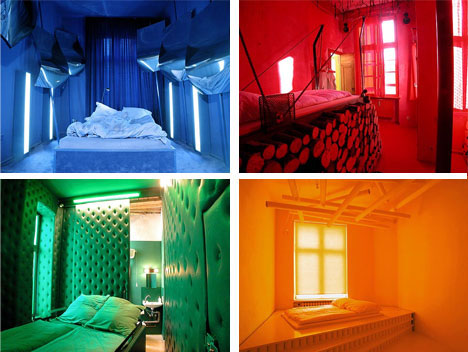 For those less interested in a particular conceptual theme but enamored with a specific color (and the mood it creates) this series of brightly colored hotel rooms might be just the thing. Their decorations and materiality play off the colors and reference various parts of the world and times of year with different light conditions. 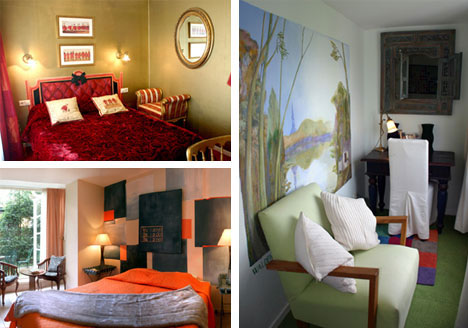 The Philosopher’s Hotel features a series of rooms that are perhaps less overtly amazing but equally compelling for the right clientele: each room revolves around the life, work and philosophy of a particularl philosopher. The above rooms, for example, respectively play off Georges Bataille’s concepts of sexuality and eroticism, Ludwig Wittgenstein’s philosophies of language, ethics and mysticism and Henry David Thoreau’s obsession with time, age and nature. Other rooms revolve around famous thinkers such as Nihilist Friedrich Nietzsche and pseudo-Taoist Confusious. 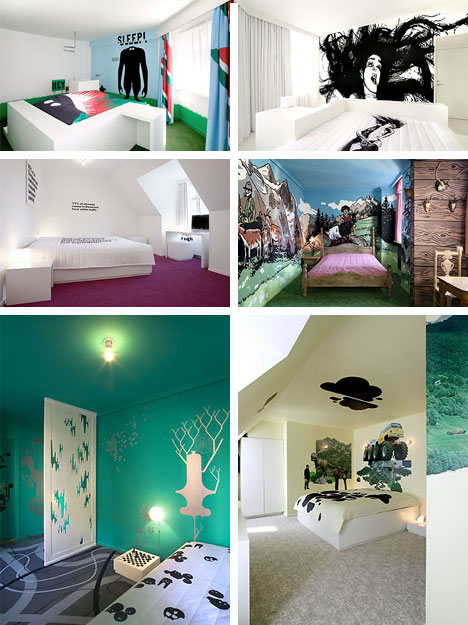 The Hotel FOX in Copenhagen has dozens of rooms featuring the interior design work of a wide range of graphic designers, sculptors, photographers, animators and graffiti artists. One artist describes their room as a “flip-book in motion” while another describes hers as “The glorious, technicolor-dream-coat room where rocking horse people eat marshmallow pies.” Each room reflects the personality and artistic approach of its creator who, in each case, was given free reign to design. 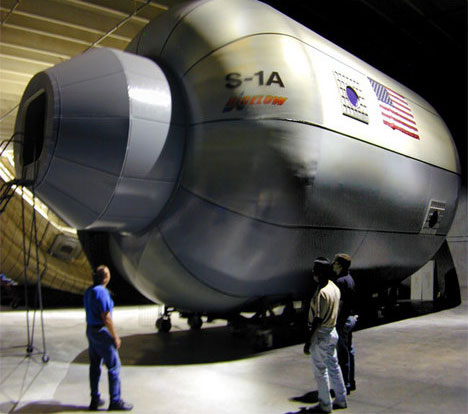 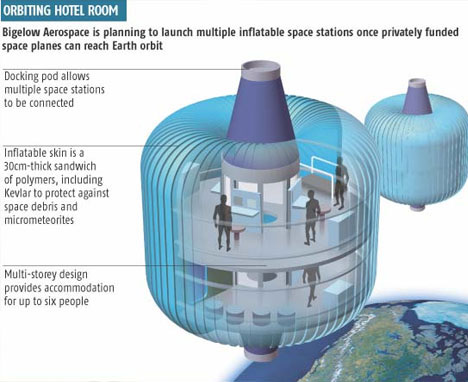 Bigelow Aerospace was once involved directly with NASA in developing space-based residences related to the United States space program. Since parting ways with NASA, the company has already launched prototypes of its inflatable space hotel rooms that are slated to be open to (at least rich members of) the public in less than a decade. And if that isn’t creepy and cramped enough for you, check out this crazy collection of the 7 of the Smallest Hotels and Hotel Rooms in the World!

Next: Crazy and Kinky Hotel Rooms