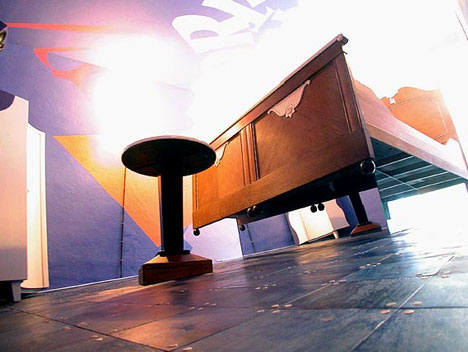 Ever want to sleep suspended in mid-air, stay in a barn loft or live out some other strange fantasy you’re afraid to tell anyone? If you can think of it, chances are someone has created it – be it related to Japanese fantasy or time-lapse photography. From the artistically painted to elaborately decorated, here are eighteen more unusually artistic, crazy and kinky hotel rooms from around the world. Ever stay in one of these? Be sure to describe your experience in a comment below! If you’re new to our series of 70+ Amazing Theme, Castle, Jail and Art Hotels be sure to check out these 16 creative and sexy hotel rooms and 20 unusual and unconventional hotel rooms. 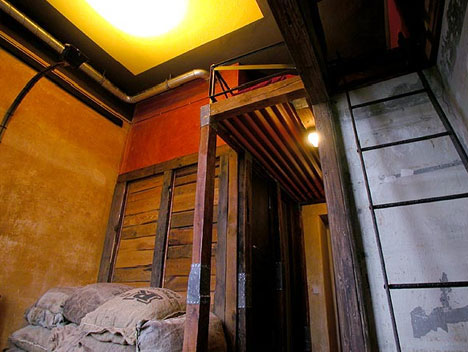 One can really never get enough of the Propeller Island Hotel – it would be tempting to stay there for a month just for a chance to stay in every single room. As kids, a lot of us enjoyed climbing into the loft of some distant relative’s barn on the outside edge of nowhere when we were taken on trips outside of the city. Now the Propeller Island Hotel has recreated this experience in one of their rooms – complete with sacks of grain and authentic rustic timber. 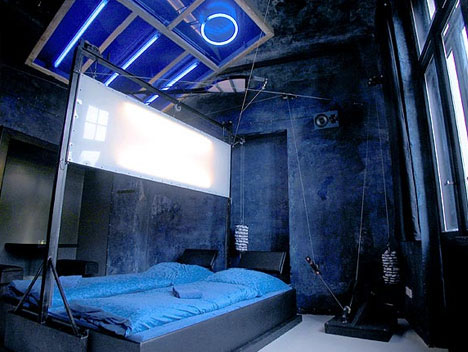 The above room has a built-in divider that allows visitors to determine their level of intimacy or privacy within a seductively painted blue interior. Why anyone would want to stay in such a wonderfully decorated space and yet not share the same bed is, however, something of a mystery. 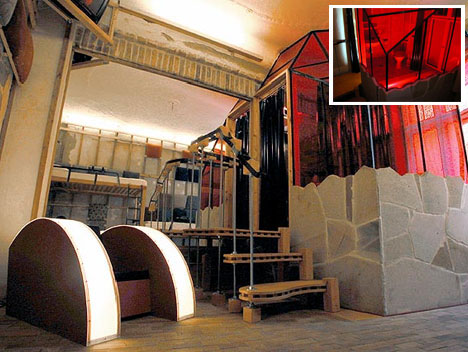 Why anyone would want to be able to see into a red-tinted bathroom may be beyond us all but apparently someone thought this would be an interesting feature to add to this indescribably eclectic hotel room. Bunk beds are also raised to the point where a direct view into this strange WC is possible.

range all the way from disturbing to artistic with everything one could want plus many options most of us don’t. Shown above are six of the rooms featured in Misty Keasler’s book Love Hotels including a somewhat creepy school classroom and Hello Kitty room. Not pictured are rooms covered in more lewd decorations and other themed interiors including a doctor’s office and alien space ship. 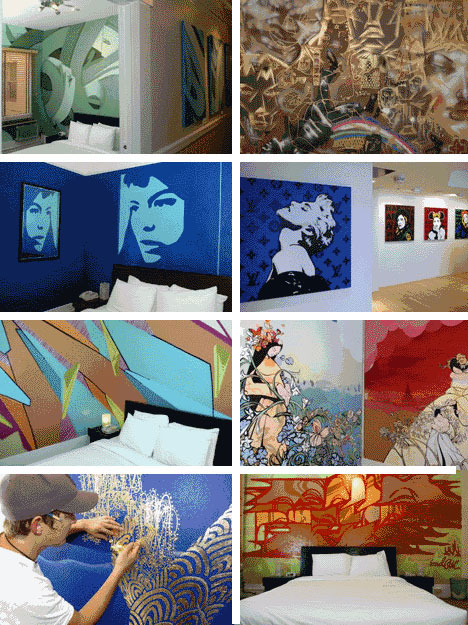 The Hotel des Arts is no stranger to artistic hotel rooms. However, one room is ‘artistic’ in a rather unconventional sense. Photographer Jonathan Keats is engaged in the strange process of creating an unusually long time-lapse photograph of a single hotel room set to span 100 years. As to privacy issues: well, supposedly you’ll be dead by the time those troubling photographs are released to the public.