This bizarre new take on the Strandbeest bicycle isn’t going to get you from point A to point B much faster than a casual stroll, but it’s fun to watch, with the rear mechanical mechanism ‘walking’ in spider-like motions. Borrowing from the wind-powered kinetic sculptures pioneered by Dutch artist and engineer Theo Jansen, this new creation by Californian collective Carv is half bike, half beast with a front wheel, three functional legs and over 450 handmade components. The designers started with a simple blueprint of Theo Jansen’s rod-linking technique, which he describes as “skeletons which are able to walk on the wind.” 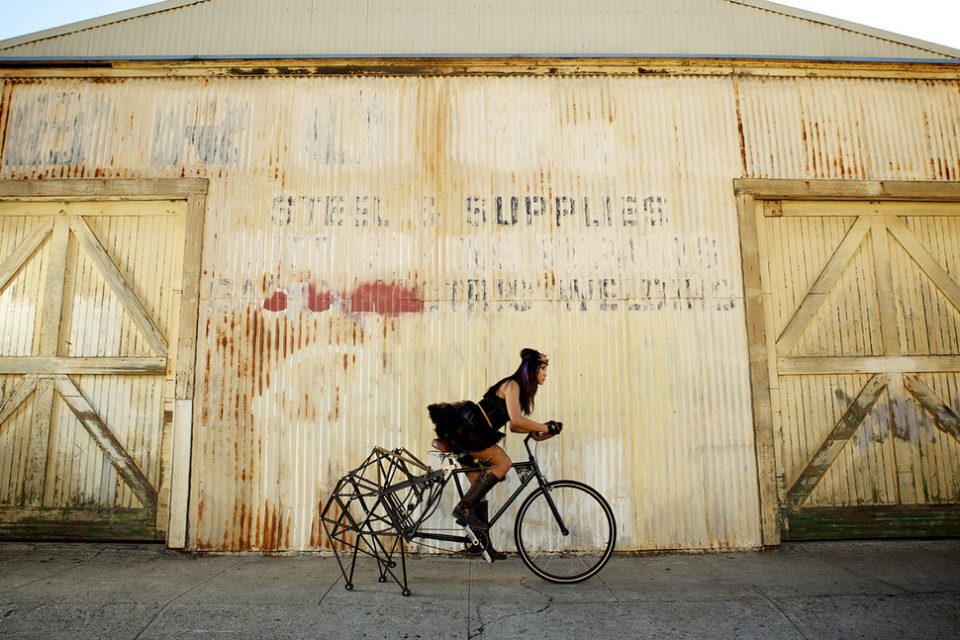 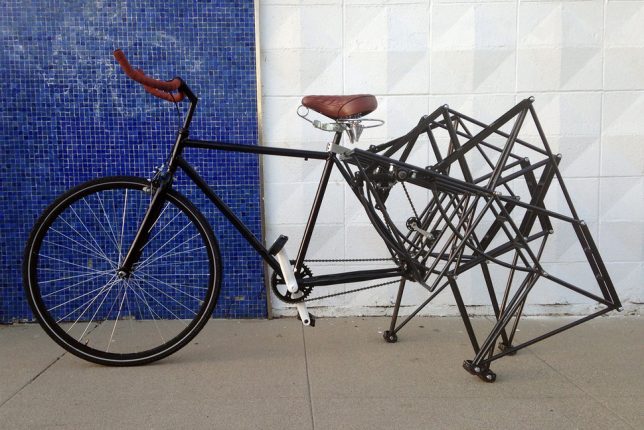 It took Carv a whole seven months to develop and build the bike, with the assembly of the rods alone taking three days. Whereas Jansen’s walking sculptures use sails and wind to generate movement, the bike uses pedal power. The designers used a single-speed bike from Walmart as the base and added the rear linkage. Get the technical details here.

An earlier version of the ‘walking bicycle’ by Hanno Smits also uses pedal power, but takes out both wheels, opting for a full walking mechanism that seems to navigate a little more smoothly. The Panterragaffe, a third version, is a two-person pedal-powered walking machine conceived as a public performance piece.

It’s hard to deny that Jansen’s original sculptures are just plain cooler and more interesting, though, no matter how many hybrid knock-offs people try to make. Still tempted to try it, or just want to know more about how they work? Jansen sells a few books as well as DVDs and miniature ‘beasts’ on the Strandbeest website.