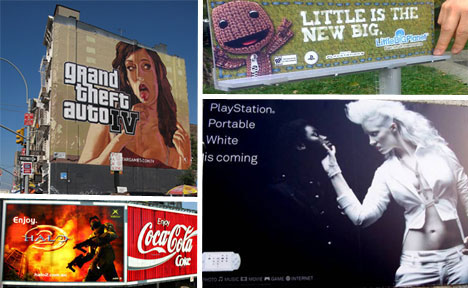 Either you’re a gamer or you know a gamer. This popular hobby, or obsession in some cases, is a multi-billion dollar business with a wide audience. Game manufacturers know fans feel the need to be on the cutting edge and have the latest titles as soon as they are released. For the most sought after games, it is not unusual for lines to form early and fans to camp out in anticipation of being the first to get their hands on a new release. Advertising these games is also big business. Billboard ads around the world splash news about upcoming game releases, and strive to use creative tactics to hook the attention of casual gamers and the obsessed alike. 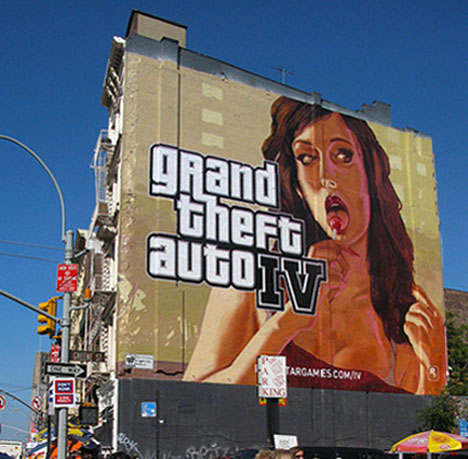 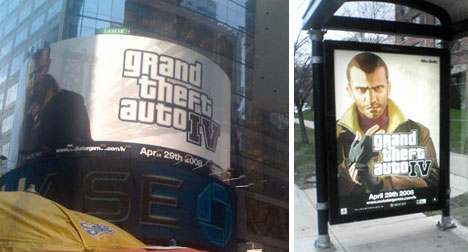 Every new release of GTA is hot and instantly sought after.  Grand Theft Auto billboards are often rough and gritty, mimicking the essence of the game itself.  If a new release of GTA is imminent, you can find creative billboards that build excitement in every major city.  These ads are often larger than life, artistic and interesting.  An incarnation of the GTA lollipop girl was sexy and artistic, yet abstract, as it featured her with six fingers on one hand. 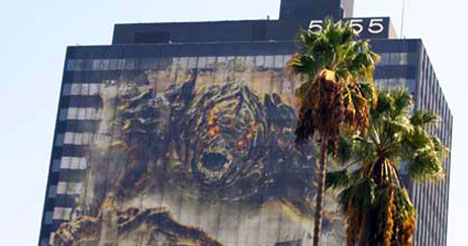 Imagine seeing this on your daily travels. This Resistance 2 advertisement depicts an invasion by an imposing red-eyed monster. The ad appeared on the side of the Wilshire Building in Los Angeles, California and didn’t miss its mark when it came to attracting attention.  After all, what ten-story monster wouldn’t turn your head? 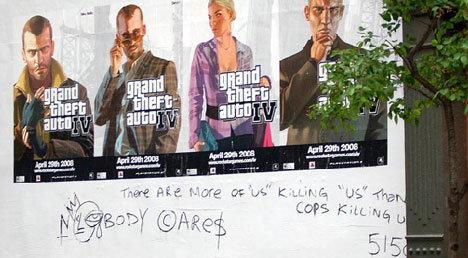 In New York, graffiti artist TMNK defaced a GTA IV billboard ad in protest of the perceived cultural disparities and indifference toward violence among blacks. The artist chose a medium for his work that he knew would draw attention and used it as a platform to convey his political point.  Although the method may be unusual, the message comes through clearly. 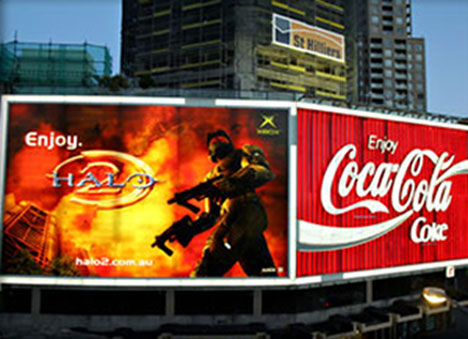 Would you like fries with that? In some cases, the best way for a game to be marketed is in conjunction with another popular product. You feel good about Coke, right? Then you’ll love Halo 3 too. That seems to be the strategy with this brand of piggyback marketing, and if we didn’t fall for it, it would disappear.

Going Big in a Small Way 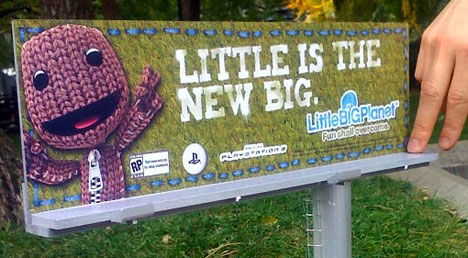 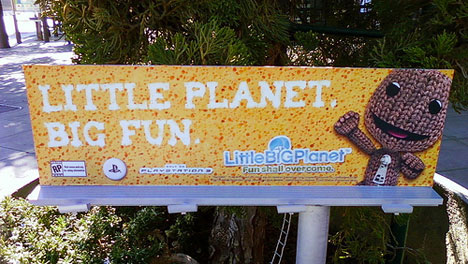 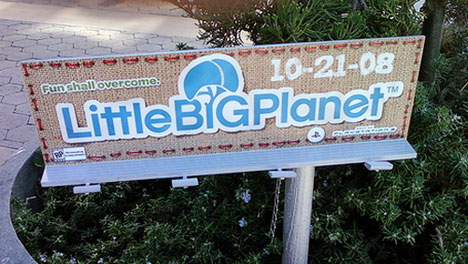 Some billboard ads don’t have to be gigantic to draw eyes.  Little Big Planet launched a fitting campaign of tiny billboards, which were scaled miniatures of their larger comrades.  Touting the message “Little is the New Big,” these cute ads popped up everywhere, seemingly overnight.  The message about Little Big Planet was quickly and effectively spread through this viral marketing gimmick. 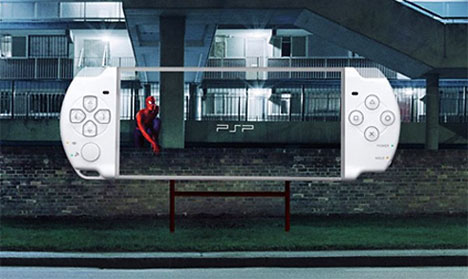 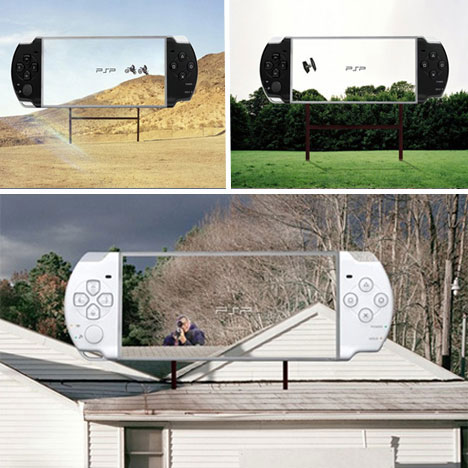 Images of these creative Playstation Portable ads circulated on the Internet and created a buzz about the product.  The problem is, as it turned out, they were a hoax.  Sony actually never created these clever billboards to promote PSP.  An artist by the name of Schizo, who is apparently proficient with Photoshop, created these transparent, yet fake, billboard ads and duped us all.

Games on the Go 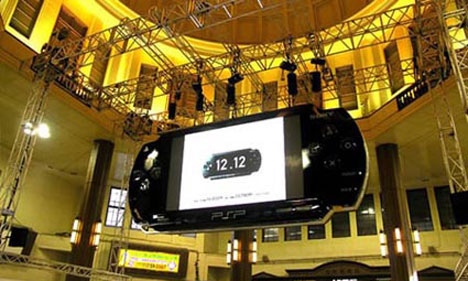 The real PSP billboard advertising campaign that Sony launched around the world may not be quite as exciting as the transparent billboards, but still do a good job at getting attention to the product.  Consoles that look fit for giants appear in nearly every major market and appeal to a wide demographic.  PSP celebrates a return in popularity of games on the go. 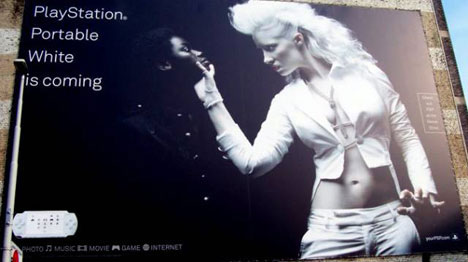 There’s a lot to be said for shock value in advertising. However, when Sony ran this billboard ad in the Netherlands, it sparked shock and outrage with its bold racist undertones. Sony pulled ads that were deemed offensive in other markets, but defended this advertisement for Playstation Portable White, citing its use of artistic imagery.