In 1990, a new species was born.  It was not formed from the cross-breeding of existing creatures.  It didn’t evolve from a simple to a complex organism.  It sprung from the hands of a Dutch artist whose imagination and technical knowledge somehow turned plastic yellow tubes into graceful beach faring creatures. 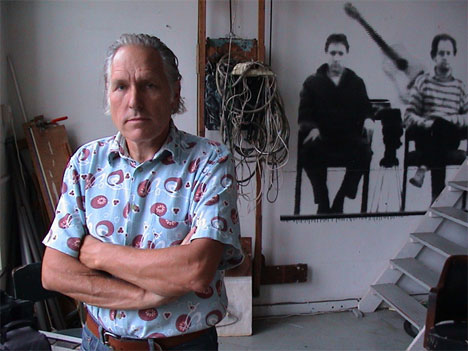 Theo Jansen calls his kinetic sculptures “Animari.” The creatures walk in herds on beaches, powered only by the wind. Some of them are able to capture and store the wind, then keep moving for extended times. Some even have the ability to anchor themselves in the sand when the wind threatens to blow them away – allowing the plastic-tube critters to engage in active self-preservation. 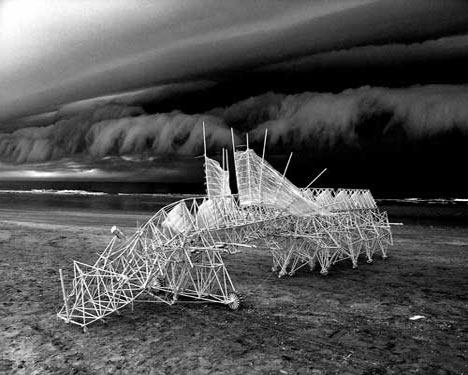 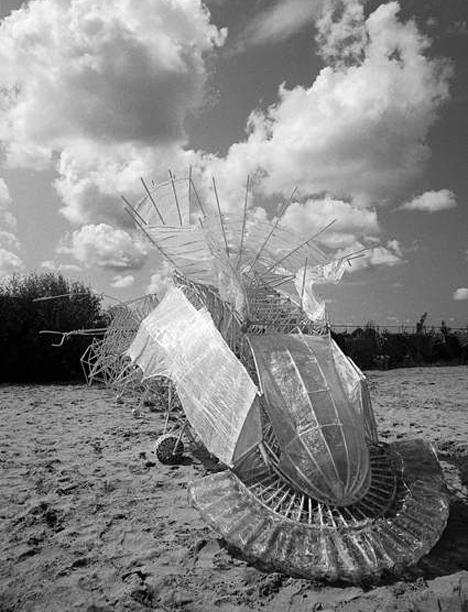 Jansen wasn’t always a creator of life. He once studied physics, later quitting to become a painter. He caused near-panic in a town with his homemade “UFO” and invented an amazing painting machine in the following years. In 1990, he found the happy medium between physics and art with the creation of Animari. The number of tubes and the length of each tube determines the genetic “code” of each strandbeest (or beach animal), dictating how it will move and interact with its environment.

If you think the idea of wind-powered beach crawling creatures sounds odd, you’ll be amazed at the artist’s vision of their future. He theorizes that one day the animali will be able to evolve just like the organic beings on earth: by challenging each other. The winner will absorb the loser’s “DNA” and continue to grow and learn new things. Theo Jansen says that the creatures will one day have muscles, as well as brains complicated enough to allow them to perform complex actions. This video gives a glimpse into the lives of animari and their creator.

Whether these strandbeest continue to evolve or not, they are compelling on their own as art and as a beautiful example of inventive engineering.