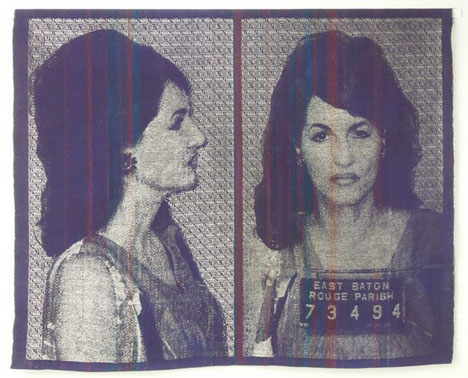 The cringeworthy moment at which one’s accused guilt is captured forever (and often disseminated on the internet) results in a telling portrait of the subject. Mug shots reveal the emotions, personality traits and sometimes visual vestiges of the crime that was committed, and they’re endlessly fascinating for the world at large to look at. Artist Joanne Arnett exploits those qualities in a series of stunning self-portrait mug shots woven on a loom. 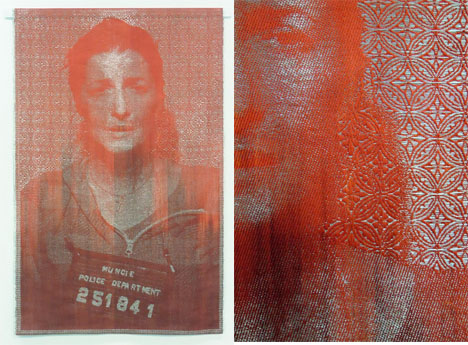 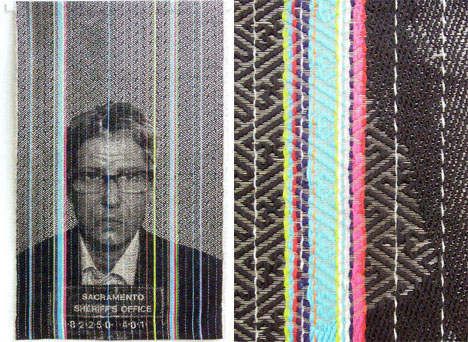 Arnett envisioned five characters, from a young celebutante type to a graying businessman, and transformed herself into them using makeup and props she already had on hand. She photographed herself in costume, digitally added the booking information, and then recreated each mug shot using wire and thread. 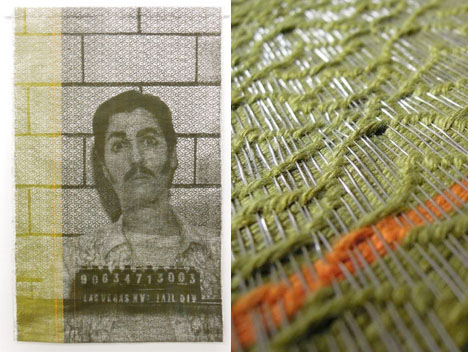 The artist, who experimented with weaving facilities while studying at Kent State University, translated all the elements of each photograph into a highly realistic textile. The background patterns and colors were carefully researched to reflect the personality of the character displayed. 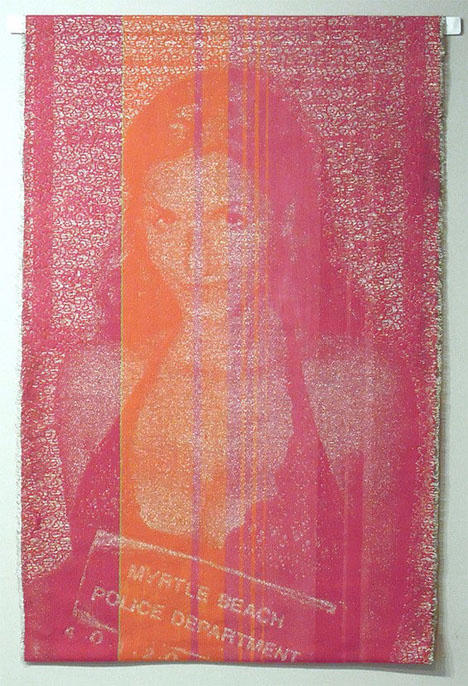 “Mug shots are taken at a point between conflict and resolution,” says Arnett. “The person being photographed is documented at a time where life has slipped out of control. There is no opportunity to prepare for the picture, and he knows it will be made public. So there is an interesting element of being alone yet also on display.”