Why scrap a decommissioned tank or self-propelled gun when it can easily be re-purposed as playground equipment, asked nobody ever. ALMOST nobody, that is. 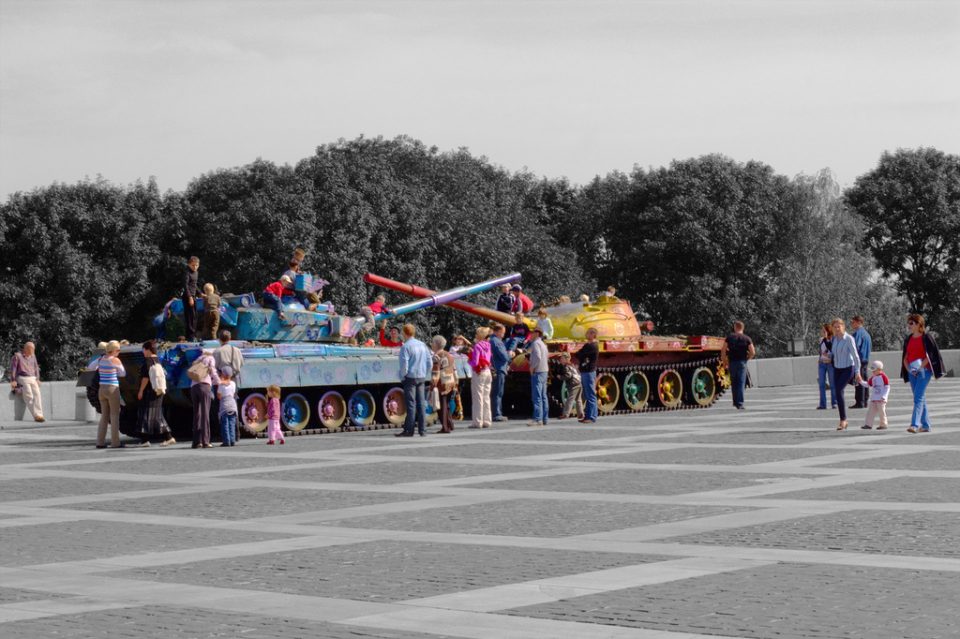 This pair of colorful ex-Soviet Army tanks are permanently caught in the crossfire, so to speak, in front of the Great Patriotic War Museum in Kiev, capital of the Ukraine. The orange tank is a T-55, produced in the tens of thousands between the end of World War II and approximately 1980 while the blue tank appears to be a T-72, first produced in 1973. Flickr members Colin Bourgeois (Colin Edmond) and Paul Honig snapped the popular (with kids, especially) display in 2010. 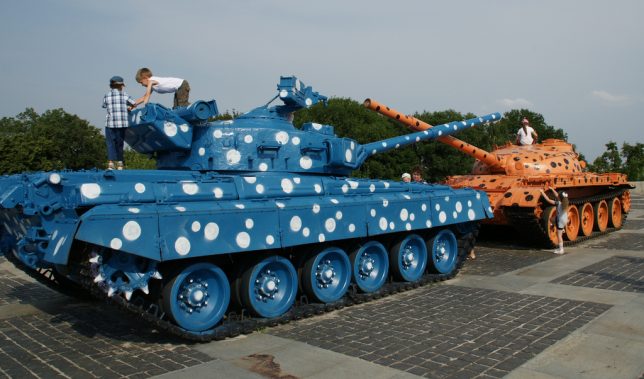 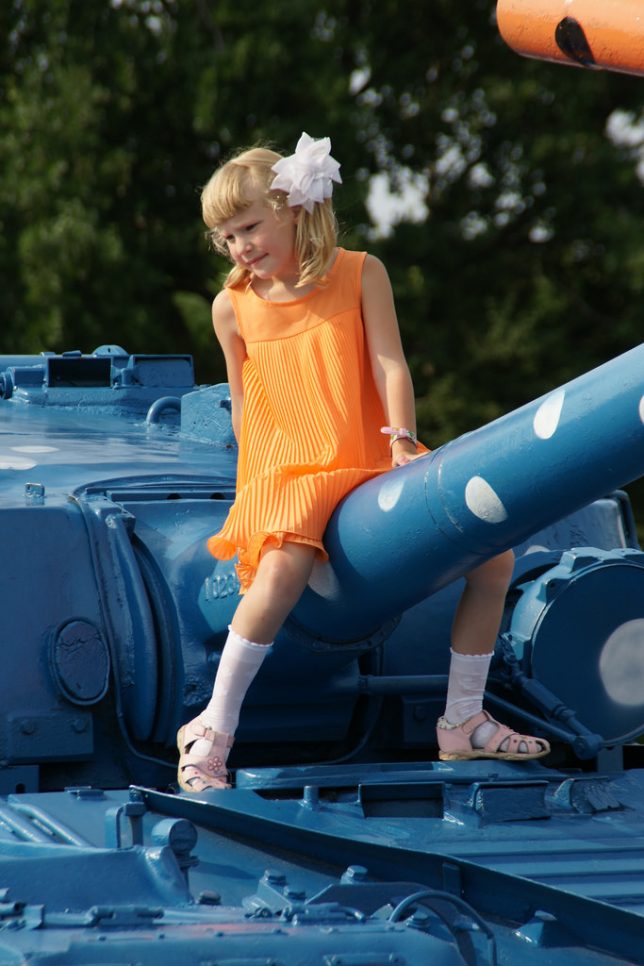 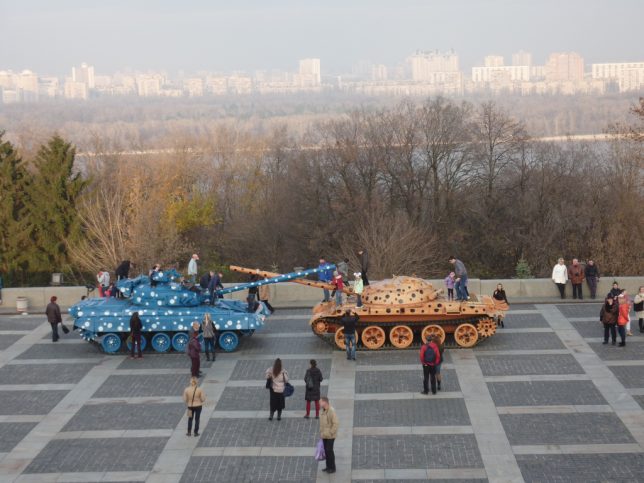 Can you “spot” these former war machines? Somebody sure did – these images from Flickr members Jason Risley and plutogno date from July and November of 2013, respectively, shortly after the tanks received a cosmetic makeover. 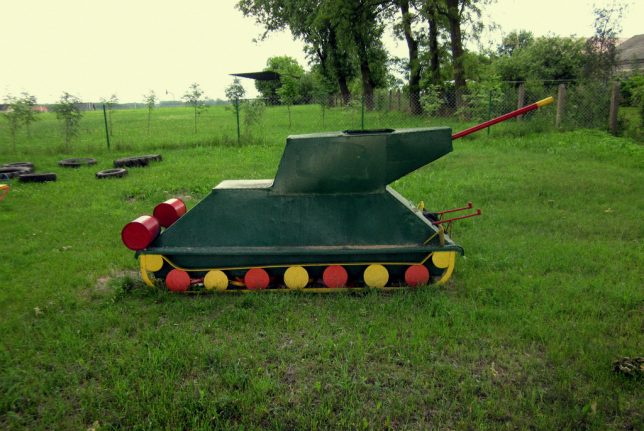 You’d think Poland, where tanks battled time and time again during the Second World War, would be awash in disused tracked vehicles. Then again, rebuilding a nation’s economy requires plenty of scrap metal. Evidently the small village of Holubla in eastern Poland’s Masovian voivodship didn’t rate an actual tank so local playground builders had to fashion one of their own. Flickr member porrectus caught this sharp-looking playground fixture in June of 2012.

Tanks for the Memories 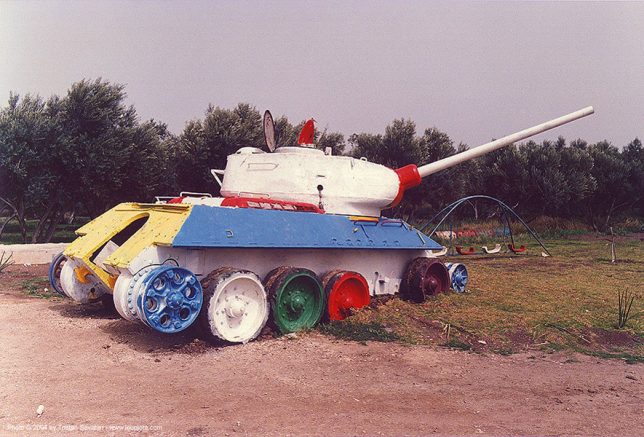 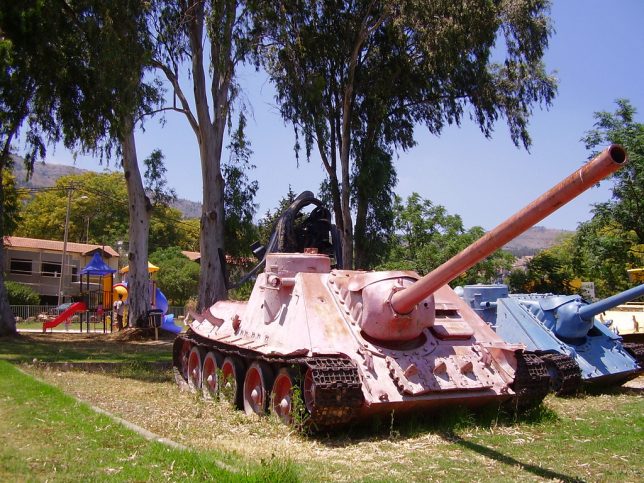 There’s no shortage of tanks in Israel after fighting major wars in 1948, 1956 and 1967. The multicolored tank at top is a T-34-85, likely captured from invading Egyptian Army forces during the Six Day War in 1967. The colorfully painted tank at top, snapped in 2005 by Flickr member Loupiote, has open hatches that allow children to enter the turret and even swivel the gun using a hand crank – Soviet engineering at its finest. The second image of two pastel-tinted self-propelled guns was taken in 2008 by Flickr member matull. One for the girls and one for the boys? 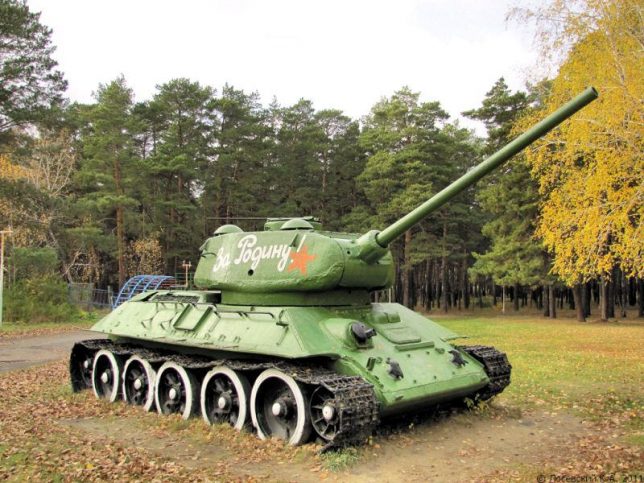 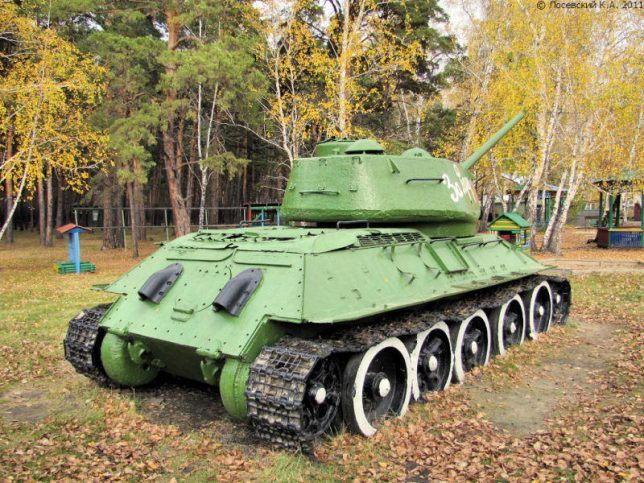 This smartly painted T-34 tank dominates a playground in the village of Chernoluchye, near the city of Omsk in southwestern Siberia. I triple-dog-dare anyone to touch their tongue to this old warrior’s skin on a wintery day. Flickr member Bron Pancerna captured the retired war machine in May of 2016. 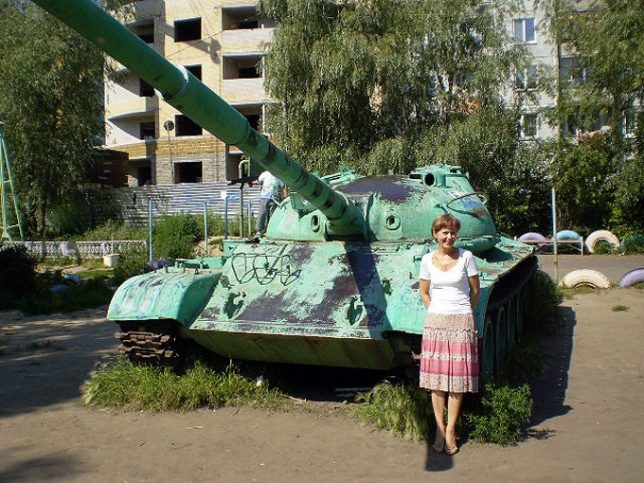 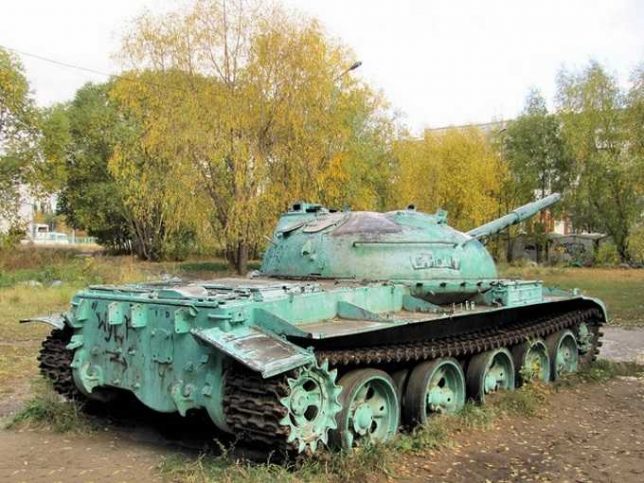 Omsk became a major tank-producing center after Nazi Germany invaded the USSR in 1941. The city’s location straddling the Trans-Siberian Railroad was ideal for the distribution of new tanks to the front lines hundreds of miles to the west. 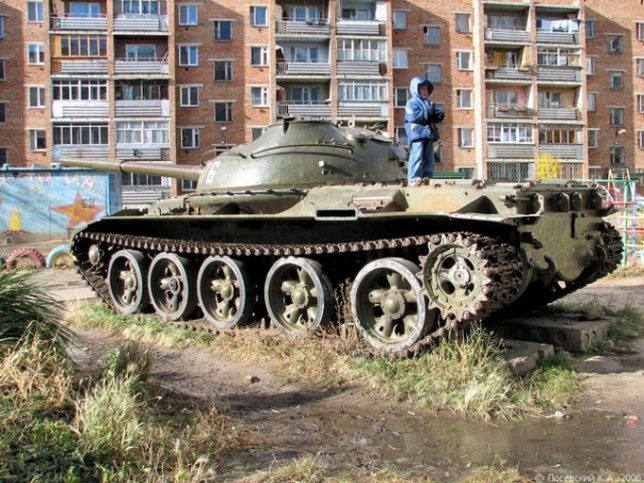 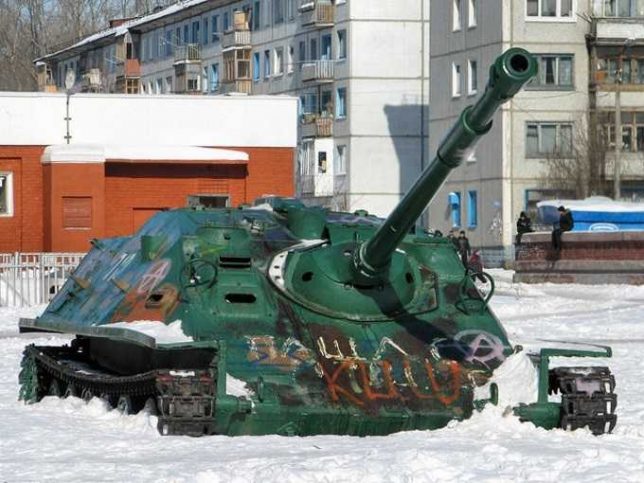 Not all tanks left Omsk, however – or perhaps, a few returned to their birthplace after being retired (re-tracked?). These hulking playground fixtures were snapped by Flickr member Stephen Powell (The Axarquian) in 2008 and by the website English Russia in 2012.