In theater, the ‘fourth wall’ refers to the imaginary barrier between performers and their audience – the work of this illustrator evokes a kind of ‘fifth wall’, treating the sky above as invisible canvass for drawing upon. 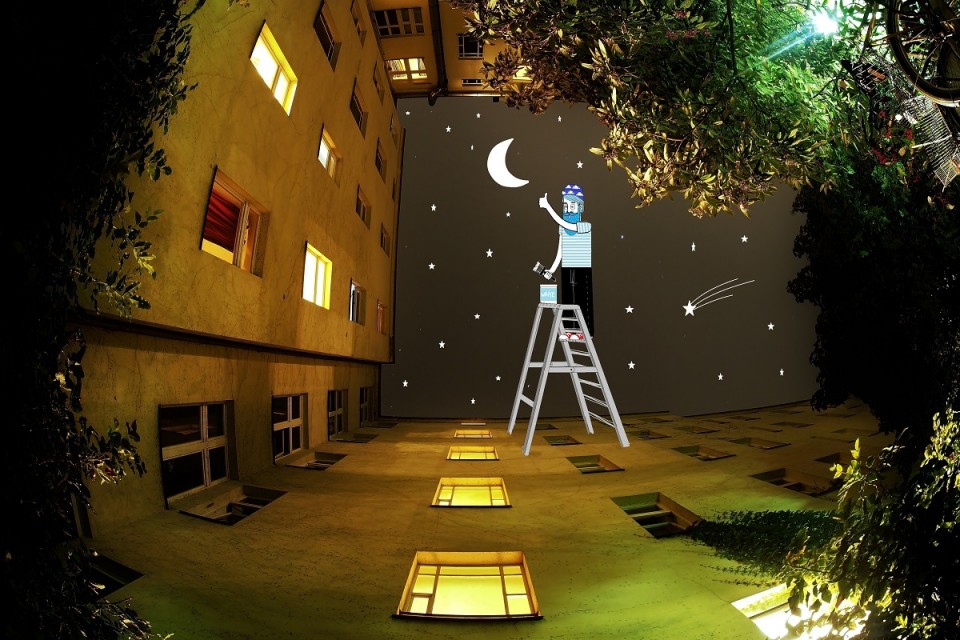 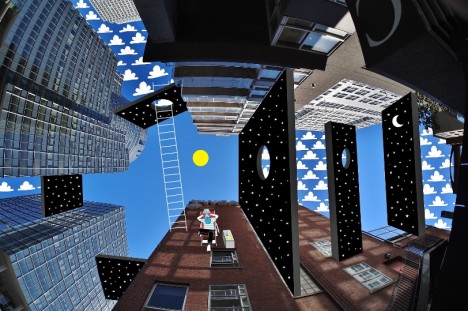 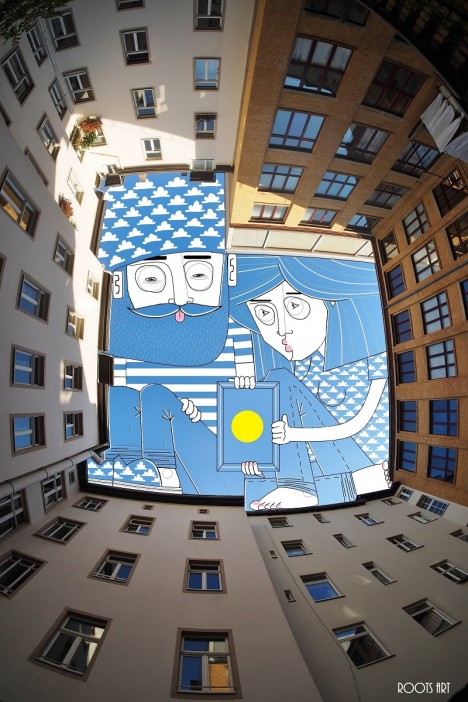 Featured previously, French artist Thomas Lamadieu is back with new sets (SkyDesign and SkyFace) as well as fresh work in his SkyArt series from around the world, with illustrated shots taken and drawn from South Asia and Europe to the United States. 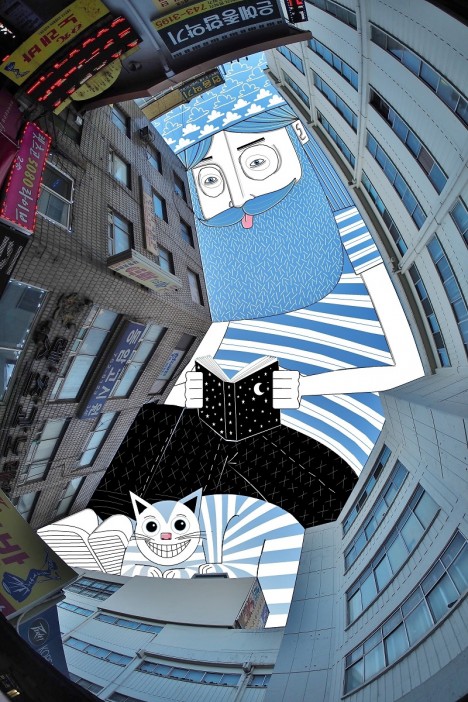 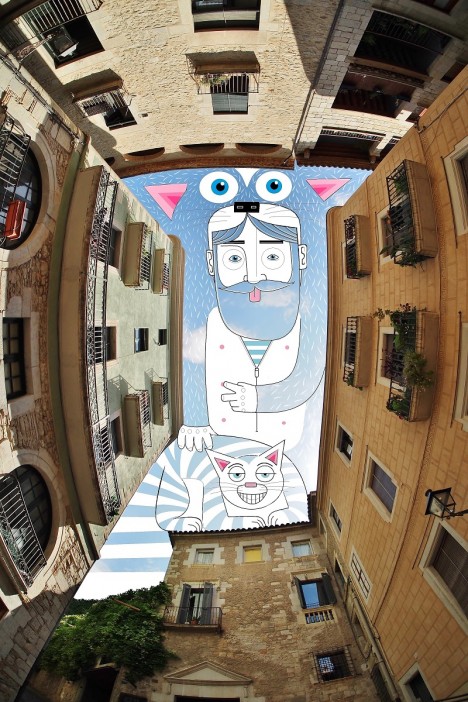 His recognizable style is pushed in new directions as he explores difference spaces and ways of filling them in, including some cartoons that breach the sky barrier and start interacting with infrastructure and spatial elements beyond the central area of focus. 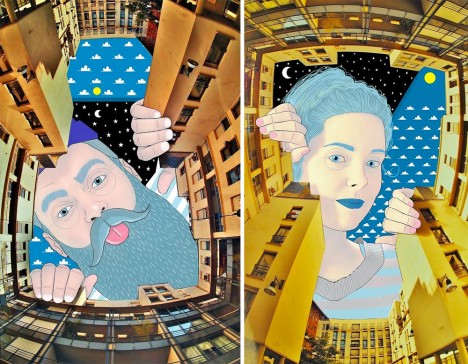 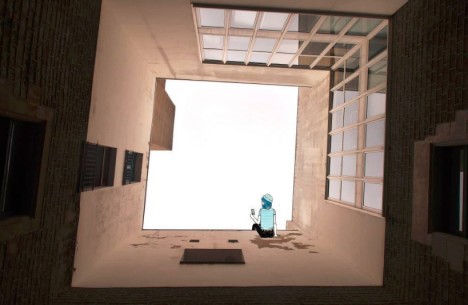 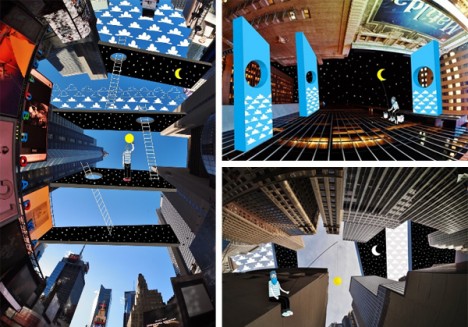 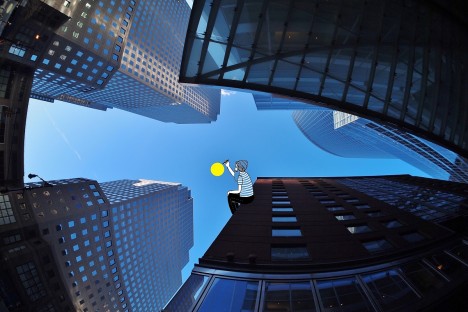 In SkyFace, his portraits seem to push out from their frames, filling up their allotted space and then some, pulling back buildings to be revealed. In SkyDesign, his creations begin building out their own aerial infrastructure, crafting fanciful structures in the sky and manipulating the sun, moon, stars and other celestial elements seemingly at their fingertips.