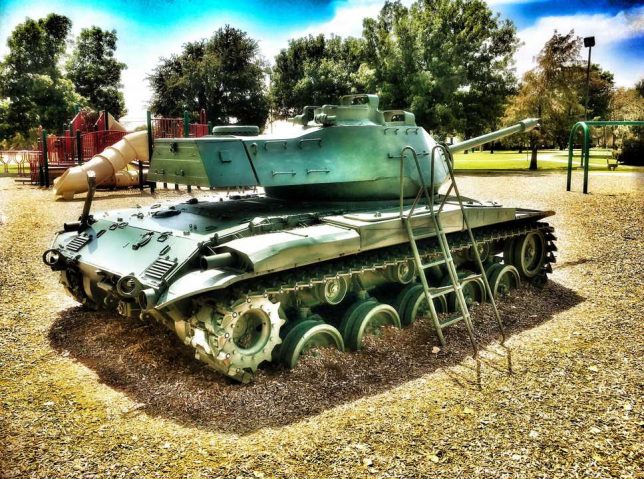 First world problems? Let’s not assume that so-called “playground tanks” are exclusively the products of wartime battles in war-torn nations. This decommissioned M-41 Walker Bulldog was one of roughly 5,500 light tanks manufactured for the US Army by GM’s Cadillac Division in the early 1950s. This “de-toothed” Bulldog, spectacularly photographed in HDR by Flickr member Tim Blackburn (zetetics) in late 2017, has been retired to a playground and helpfully equipped with a ladder to facilitate climbing by children. 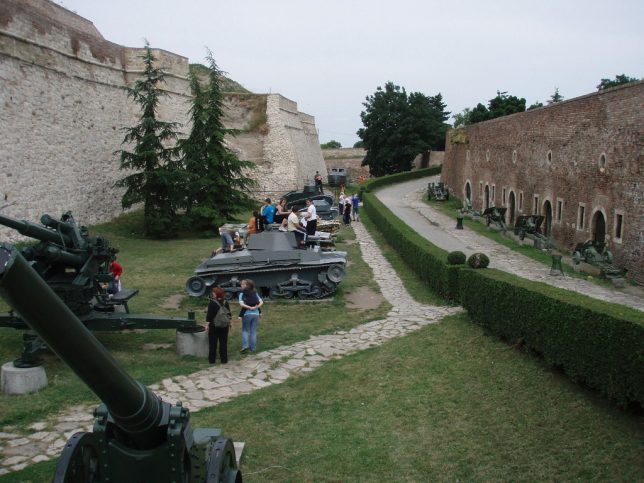 A variety of tanks and other armored vehicles help provide entertainment and outdoor recreation to Belgrade’s children while offering adult tourists an interesting photo opportunity. 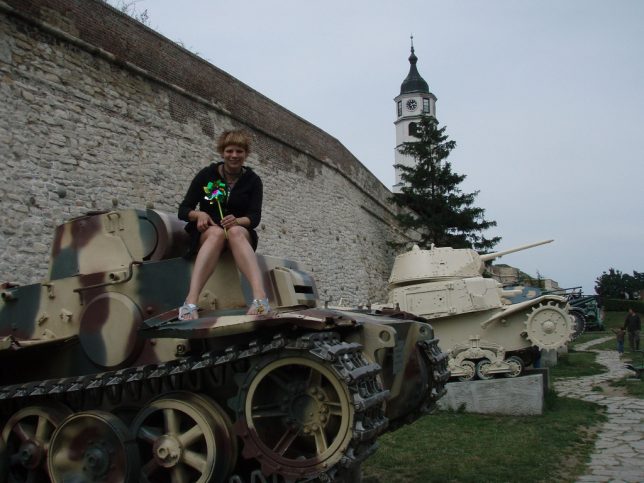 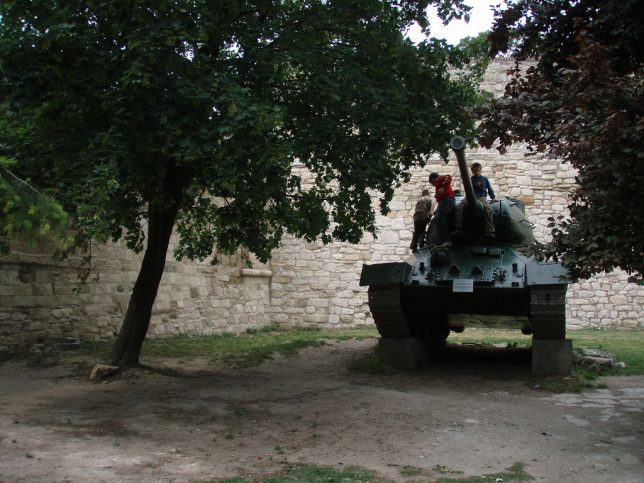 Flickr member christtine managed to capture both uses during a visit to the Serbian capital’s Kalemegdan Park in June of 2008. 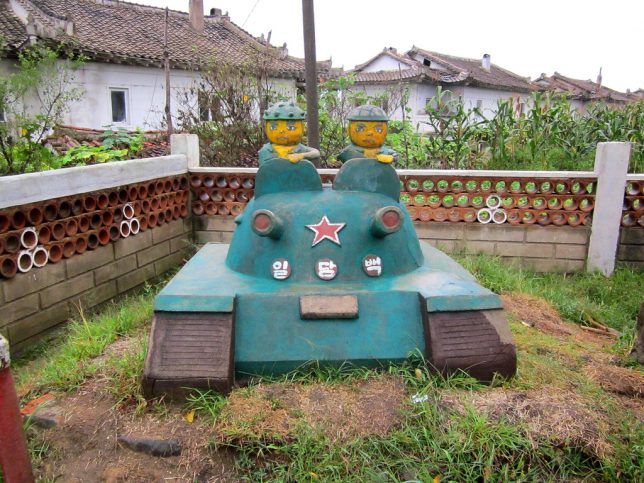 When the whole world’s oppressing you, there’s not a single tank to spare, right North Korea? Even so, children need to be indoctrinated against the ever-looming threat from the bad ol’ USA, and this curiously double-gunned faux tank is a great way to channel childhood hate away from the regime. 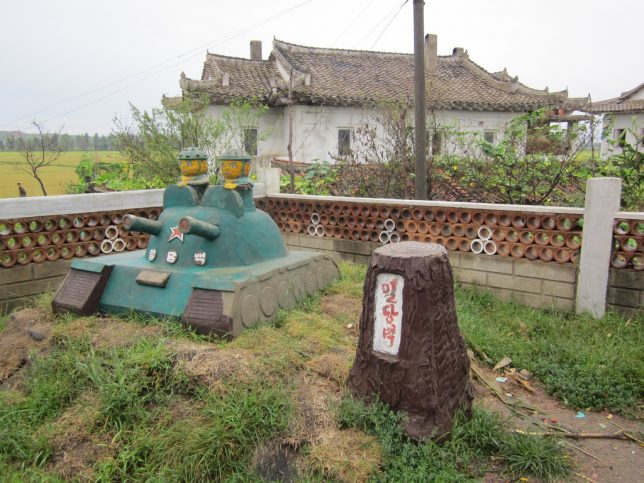 Flickr member moreska captured this poorly landscaped playground in September of 2011 at the Tongbong Cooperative Farm near Wonsan. Bongs optional but not recommended. 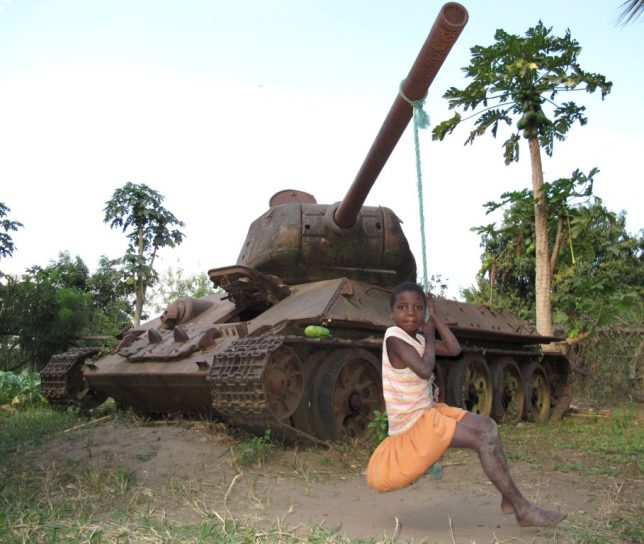 Mercy Air is a non-profit organization providing aid and transportation to people living in the poorer regions of sub-Saharan Africa. These images, dating from 2011 and 2012, feature a disused T-34 tank that kids in the small town of Marromeu, Mozanbique think is “the best climbing frame and swing ever.” 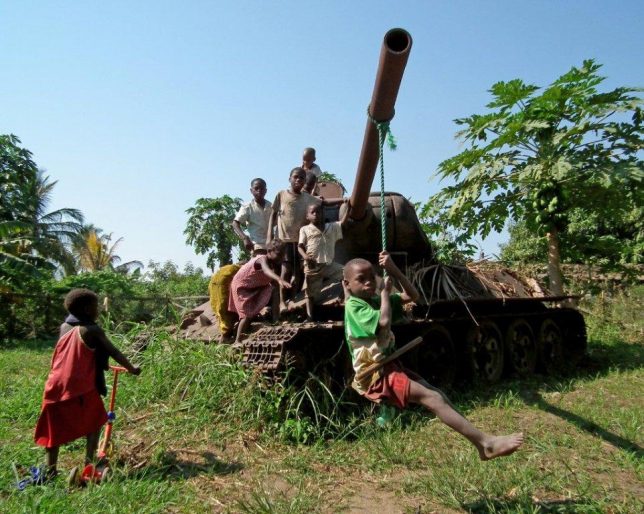 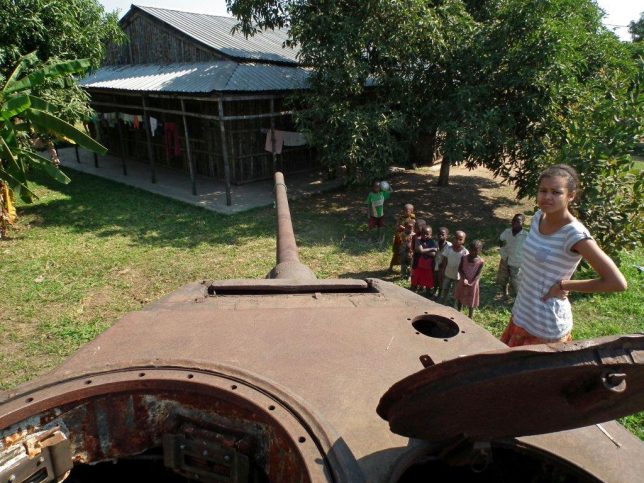 Mozambique and its people suffered terribly during a violent civil war between 1977 and 1992 – even today, countless land mines are a constant deadly hazard. This old and rusty tank serves to channel the joy felt by children who just want a safe place to play, regardless of appearances. 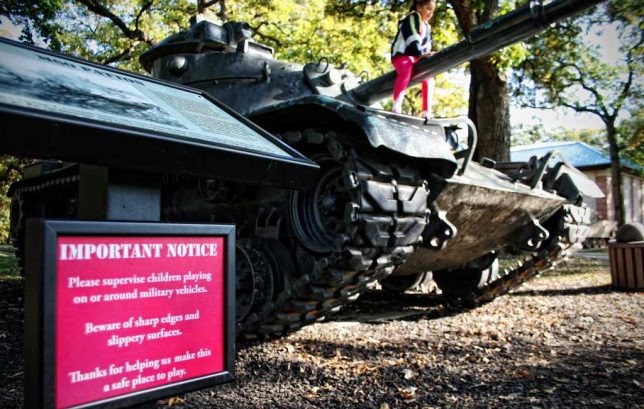 Speaking of safe places to play… playground tanks may be an endangered species, their cannons and armor powerless against the stifling combination of helicopter parents and opportunistic lawyers. Won’t somebody think of the children? At least one such child, playing atop a retired tank in Cantigny, IL’s McCormick Park and snapped by Flickr member Dave Mathis (ElDave), would miss these old warriors when they’re gone.