At a glance, it would be impossible to guess that the finished houses in Panama’s Plastic Bottle Village featured walls packed with recycled drinking containers. What started as a recycling initiative by a expat Canadian entrepreneur has become an architectural adventure that will ultimately reuse over a million plastic bottles. 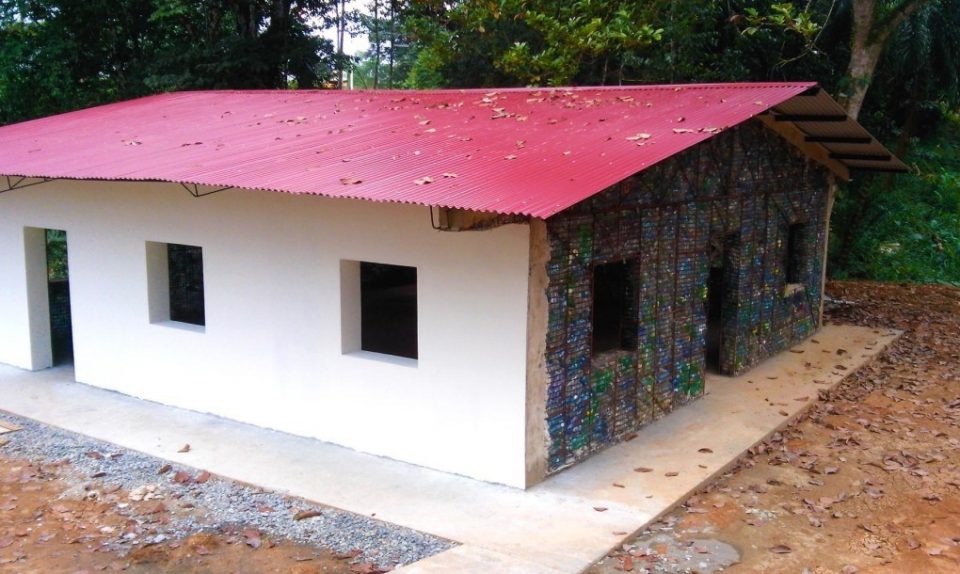 Since 2012, tens of thousands of bottles have been brought to the growing town to make buildings. These are stacked in steel cages with stones to fill in gaps and provide rigidity. Cement plaster covers the structures inside and out, making them appear like solid concrete or finished stucco.

The bottles, meanwhile, provide insulation while allowing airflow, keeping interiors in the hot climate a full 17 degrees cooler than the ambient outdoors. 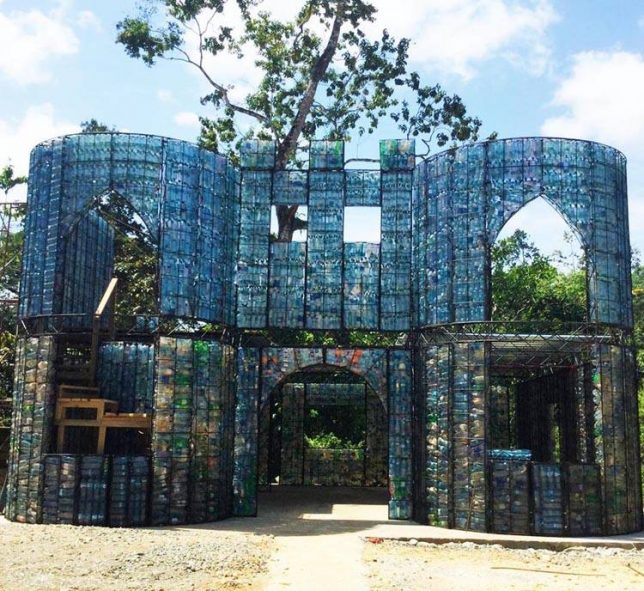 Multiple bottle-based houses already constructed on nearly 100 acres of lush tropical jungle land purchased for the Plastic Bottle Village, which will eventually be home to over 100 such structures. Also in the works: a small public park, retail operation and yoga pavilion. 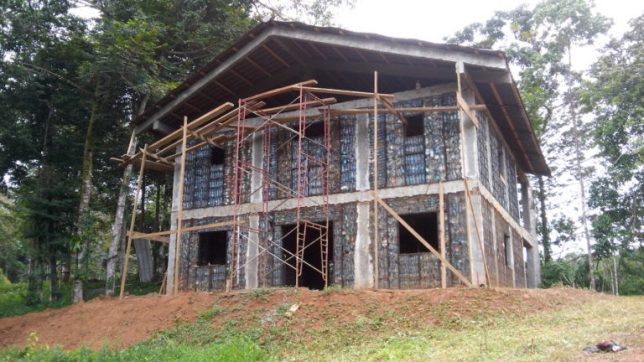 The steel-framed structures provide a balance of strength and flexibility, helping them stand up and support roofs but also to resist earthquakes. The Plastic Bottle Village is about more than just one place, too: its founder is educating others about how to build with this cheap and ubiquitous material that many see simply as waste. 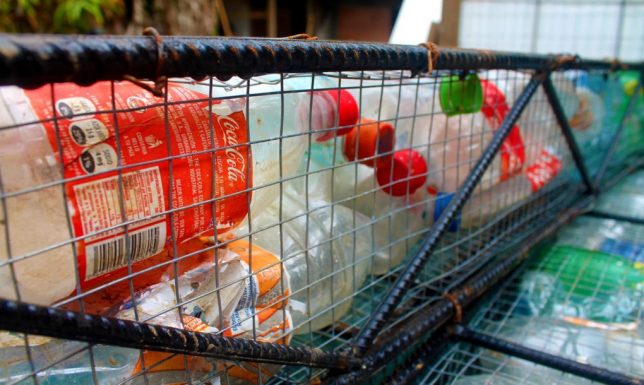 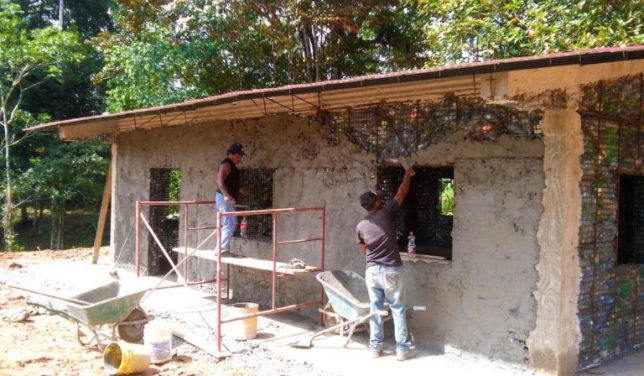 The project puts consumption in context: “Average humans can consume 15 or more drinks in plastic bottles a month. If you were born after 1978, and live until 80 years old, you will leave behind a minimum of 14,400 plastic bottles on this planet.”

“These bottles take hundreds of years to break down into tiny pieces of plastic, never to completely disappear. Most of the waste is consumed by fish and birds, which has shortened their lifespans greatly.” 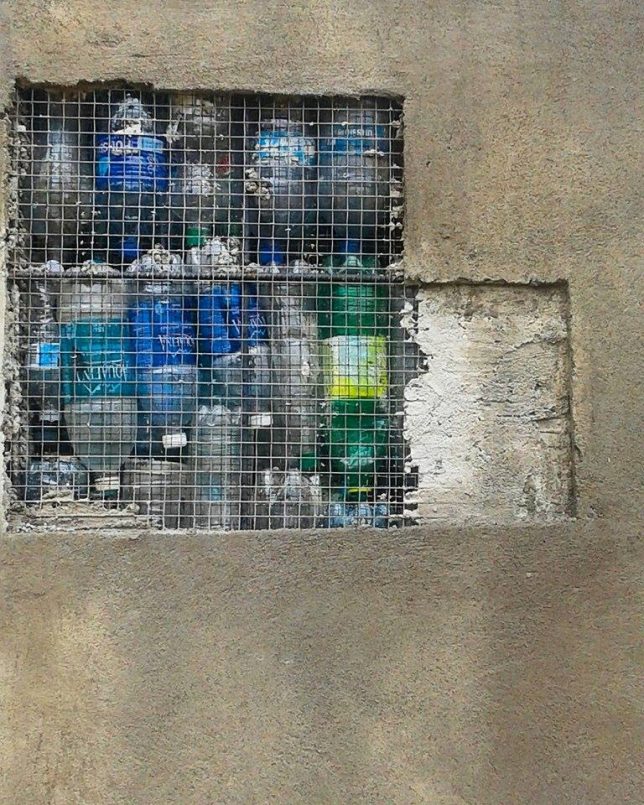 It also illustrates the potential offsets: “If you live in a two story plastic bottle house of 100 square meters or 1,000 square feet per floor, then your house will be built reusing 14,000 plastic bottles. These recycled bottles could neutralize the negative effect of your passage on this planet,  and move closer to leaving only your footprints.”