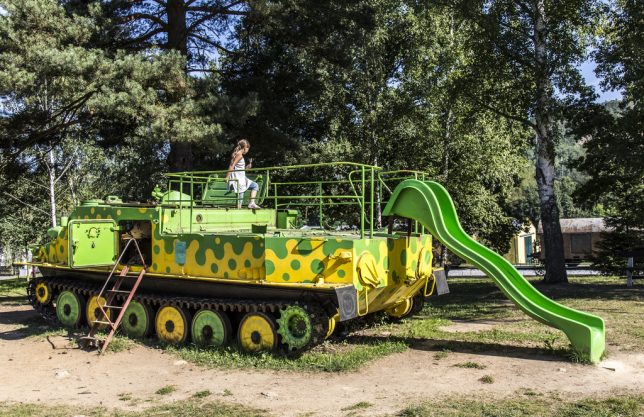 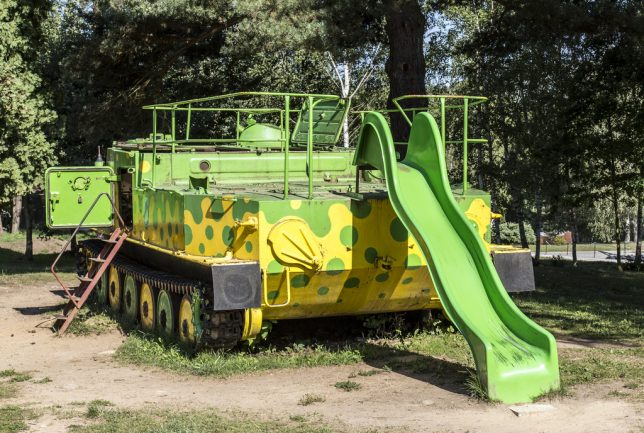 This OT-62 “Topas” tracked troop transporter once served with the feared and formidable Warsaw Pact. These days, it serves quite a different purpose: entertaining kids whose families visit the Lesany Military Technical Museum in Prosecnice, Czech Republic. Indeed, going into battle with that eye-popping paint job, not to mention the attached slide, would be rather uncouth to say the least. Flickr member Massimo Foti photographed the charmingly re-purposed cold warrior in the summer of 2012. 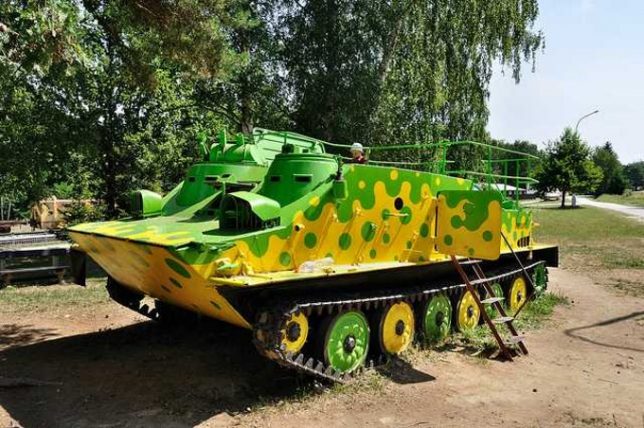 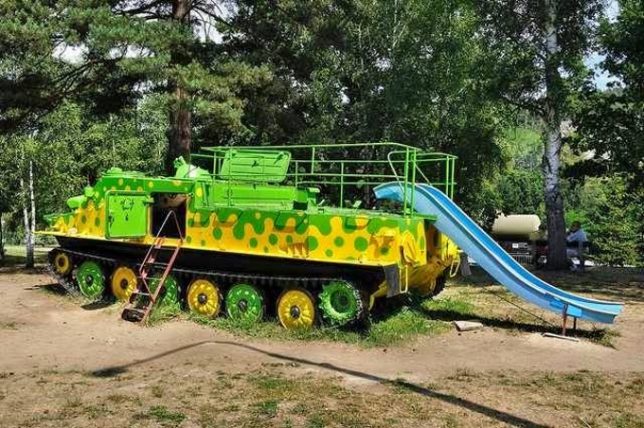 Later photos from Flickr member roopesh k and InventorSpot indicate the slide, at least, suffers plenty of wear & tear causing it to be replaced every few years. One wonders what Patton would say.

Mongol Only Pawn in Games of Kids 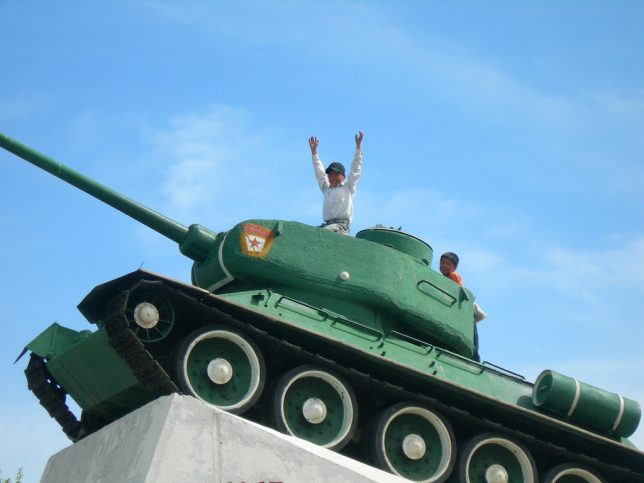 The city of Sainshand is located on the Gobi Desert steppes in eastern Mongolia. Its location just off the Trans-Mongolian Railway turned Sainshand into a strategic transportation hub and no doubt enticed the USSR to construct a military base on the outskirts of town. 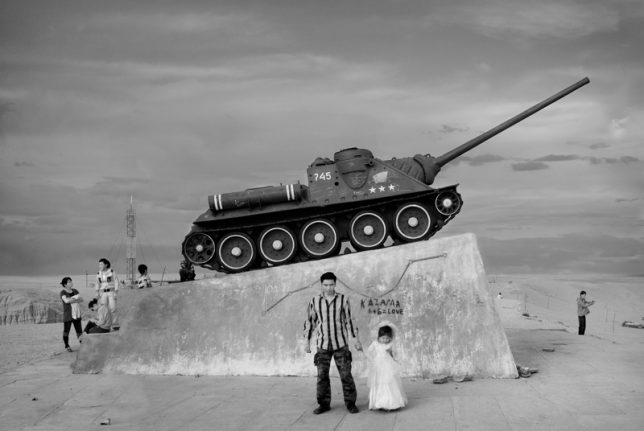 Several restored tanks and tracked vehicles have been cosmetically restored and mounted on concrete ramps, to the delight of the local kiddies – they also make fine backdrops for holiday photos. These images dated 2007 and 2008 come courtesy of Flickr members tom.keogh2335 and Frank Ward (culturalvisions). 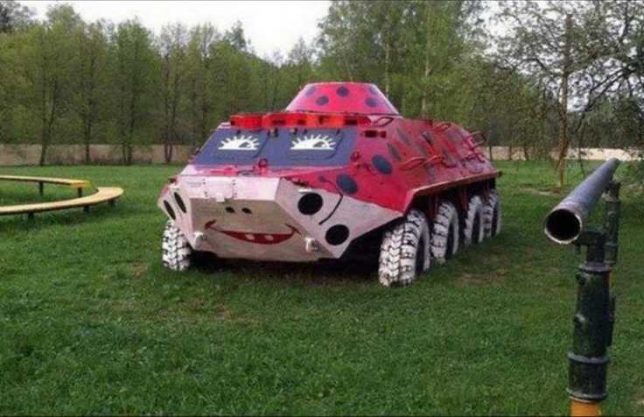 This goofy painted APC marks quite a contrast from the respectful Mongolian display though you can be sure kids would still want to clamber all over it. 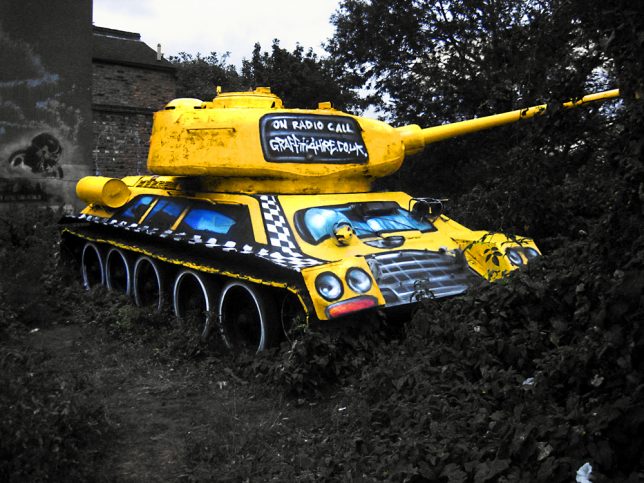 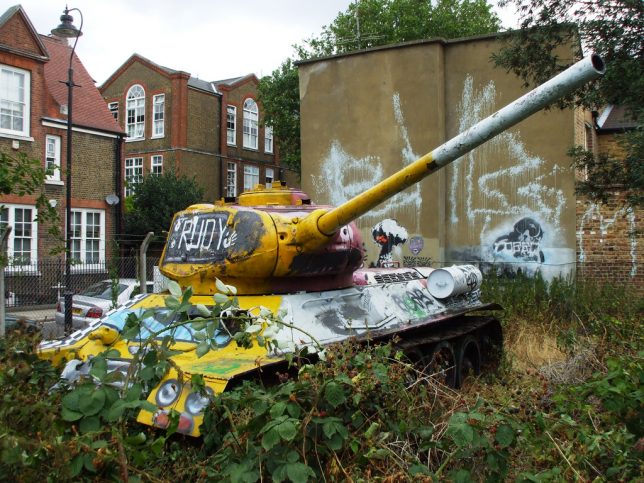 According to Flickr member Angus Stephenson (Dr. O’Bear), this ex-Red Army T-34 tank was “bought privately and sits on private land at the corner of Pages Walk, the Old Kent Road and Mandela Way” in Bermondsey, central London, UK. Have we really reached the point where taking a taxi requires armor-plated protection and and a cannon? Thanks, Brexit. 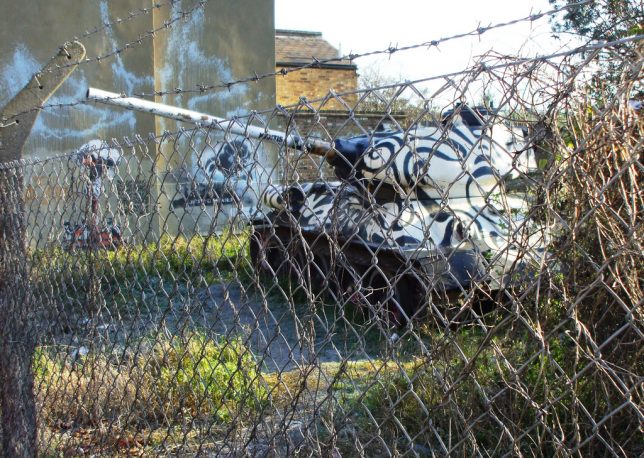 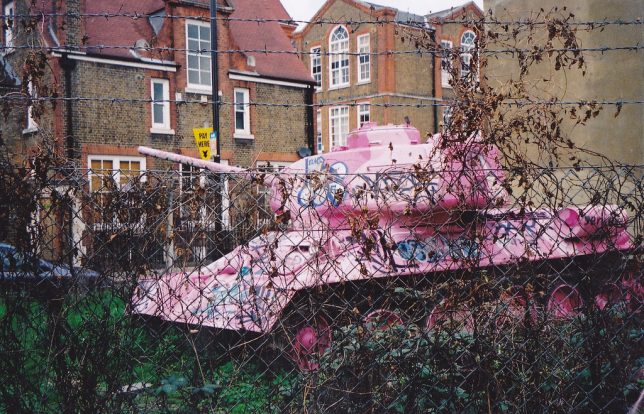 Though screened with a metal chain fence topped with a strand of barbed wire, the tank appears to be easily accessible and has been repainted many times over the past few years. The turret seems to be movable as well.