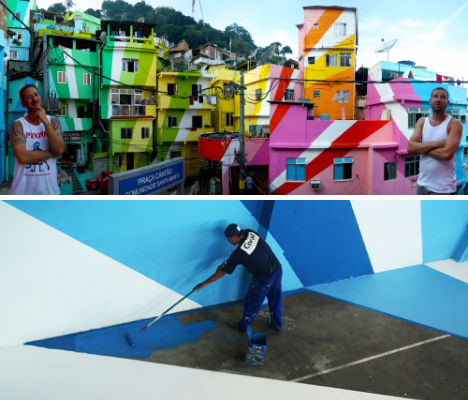 It’s no surprise that Brazil’s favelas, or slums, can be bleak places to live. In one neighborhood, a sign on a wall ridden with bullet holes reads, ‘Attention neighbors. In days of war, avoid leaving the house. Thank you, Comando Vermelho.’ But two Dutch artists are hoping to give neighborhood residents something to smile about. The duo, along with a huge team of trained locals, has turned several slums into massive canvases covered in every color of the rainbow. 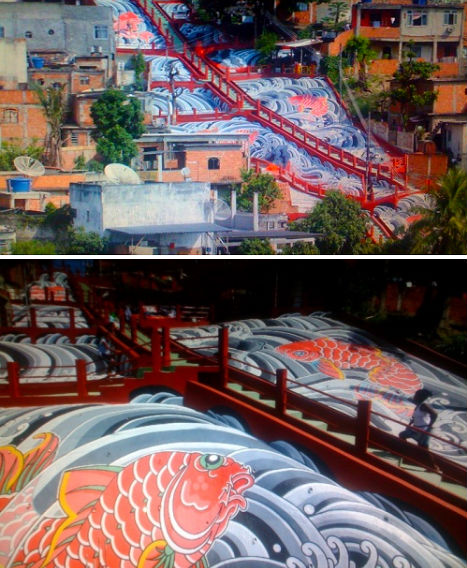 Jeroen Koolhaas and Dre Urhahn, known as Haas & Hahn, saw potential in places that most Brazilians view as unsightly, undesirable and terrifying. Favelas like Vila Cruzeiro and Santa Marta drip with sewage and ring with gunshots and police sirens, but Haas & Hahn wanted to give local residents a source of pride. The Favela Painting Project started with a huge mural called ‘Boy Flying a Kite’ and expanded into covering nearly every surface in Santa Marta with cheerful shades of green, blue, pink and yellow. 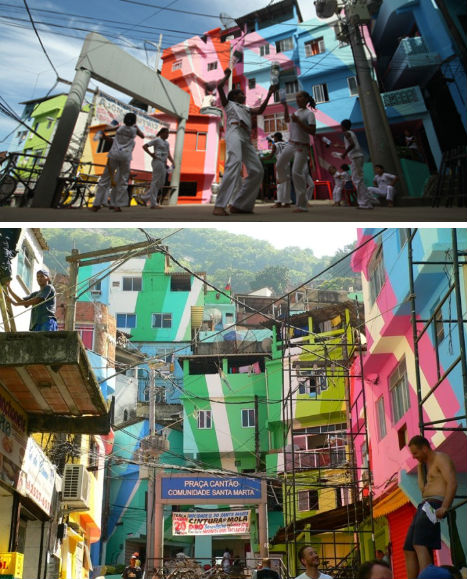 “Using a flexible concept of colourful rays which can easily be expanded, we made a design for the houses around the square and part of the street, including the local Sambaschool,” reads the Favela Painting website. “A group of local inhabitants where instructed by trainers from TintasCoral as part of the project ‘Tudo de Cor para Santa Marta.’ They where taught everything from different types of paint to safety measures about working on scaffolding. During the hard month of work they received an education as well as a paycheck.” 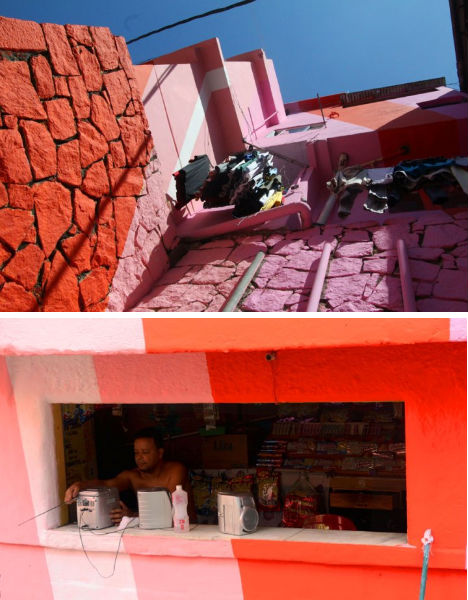 Many more photos of Santa Marta in progress can be seen at the Favela Painting Facebook page, and CNN has an image gallery of the favela after painting was completed.