As the Ukraine strives to break free from all things Russian, some unlikely allies – Soviet-era statues of Lenin – have been enlisted to wave the flag. 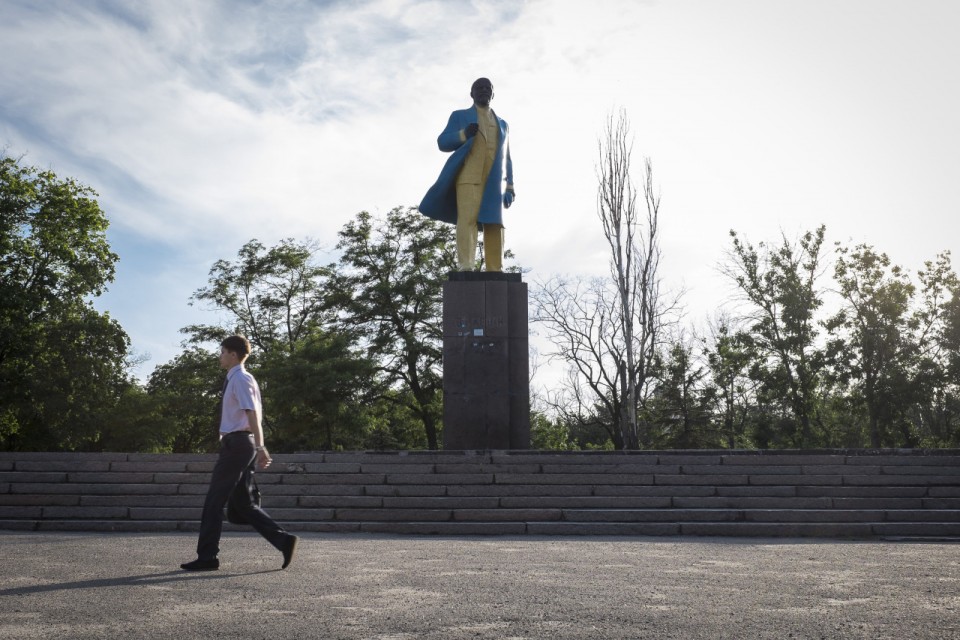 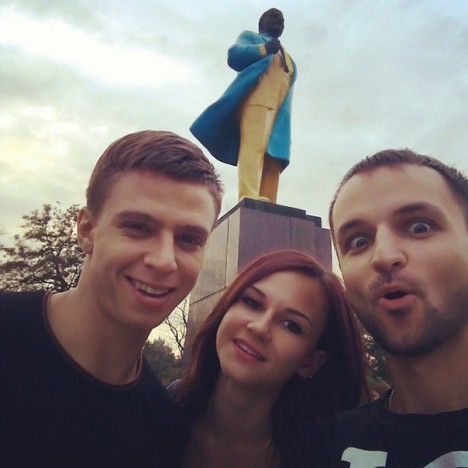 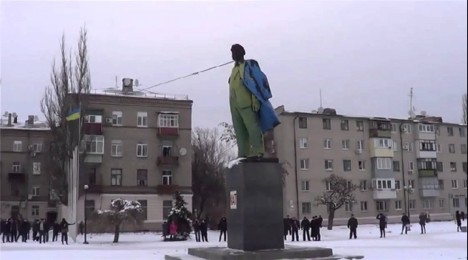 Or “wear” the flag, as the case may be, and the easiest way to do that is by liberally (pun intended) applying blue and yellow – the colors of the Ukrainian flag – to bronze tarnished by decades of weathering. Lenin, as depicted above in Nikopol, wouldn’t be caught dead sporting such an ensemble back in the day. Not to worry, it wasn’t long before nationalistic protesters with plenty of rope put Dayglo Vlad out of his misery. 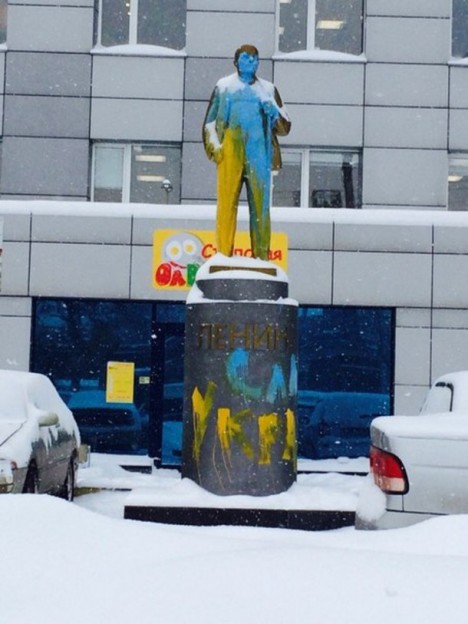 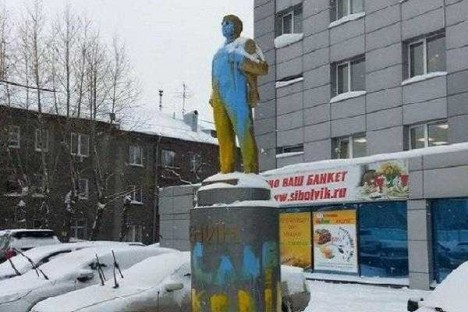 Not all Ukrainian-themed Lenin statues are in the Ukraine, mind you… take the above hastily colorized example from Novosibirsk, a city of 1.5 million in southwestern Siberia. According to a Radio Free Europe/Radio Liberty report carried by KyivPost, “Authorities in Novosibirsk say suspects accused of painting the colors of the Ukrainian flag on a monument to Lenin in the Russian city have been detained.” Hey, at least they didn’t tape his butt cheeks together. 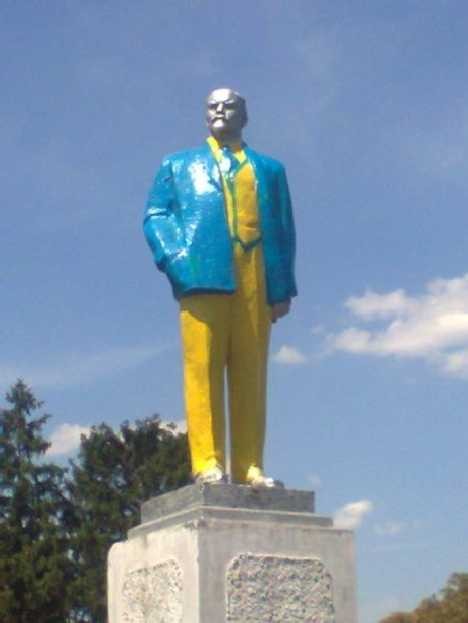 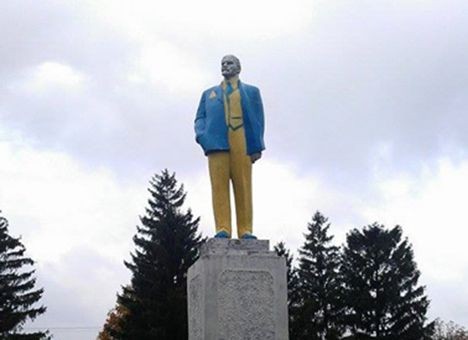 Back in Kiev, however, anyone wanting to Ukrainianize a Lenin statue need not fear the police though a fear of heights would be a hindrance. The stylish statue above displays all the marks of an unhurried artist – ol’ Vlad looks dapper enough to work at IKEA! 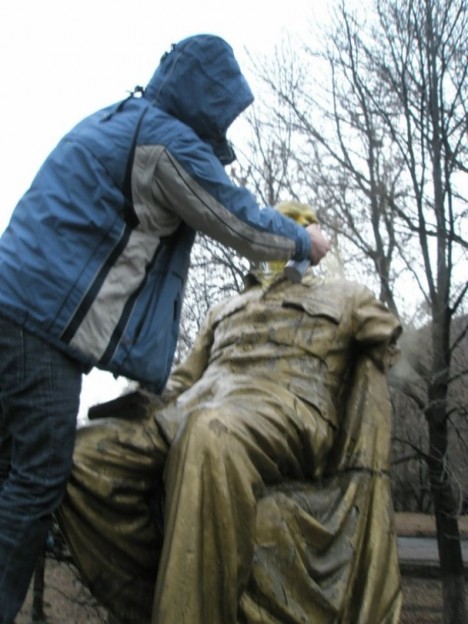 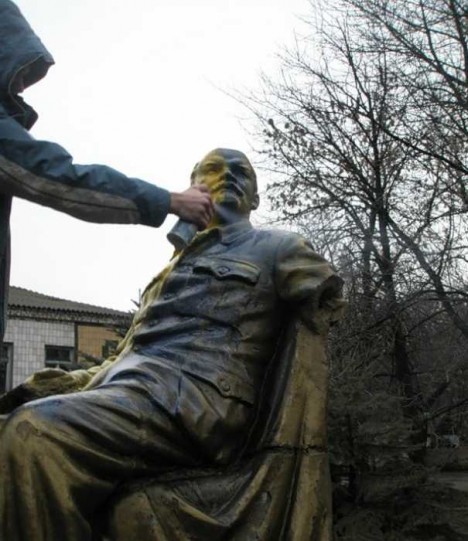 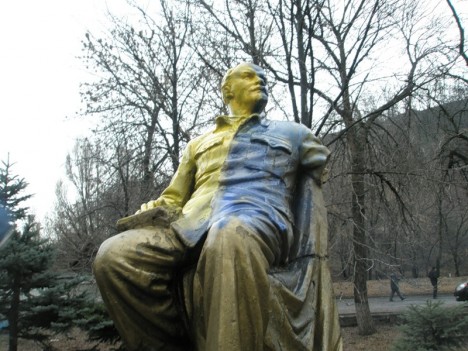 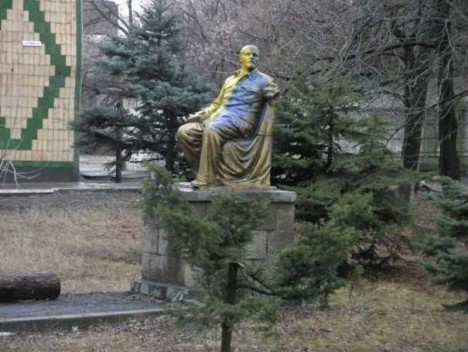 You don’t see many “Seated Lenin” statues like the one above, located in eastern Ukraine’s Donetsk region. There’s no rest for the wicked, however, and the Communist icon’s relaxed pose just made things easier for those wanting to make a political statement in blue and yellow spray paint.