Artist Nikita Nomerz is giving abandoned buildings and structures in Russian cities a new look… and the eerily expressive edifices are looking back! 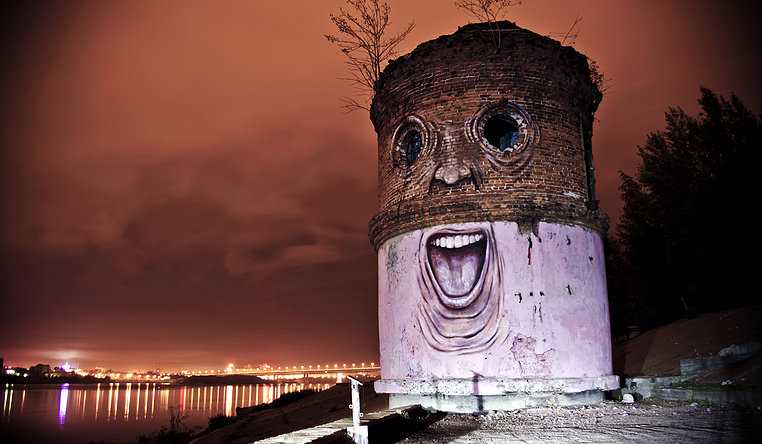 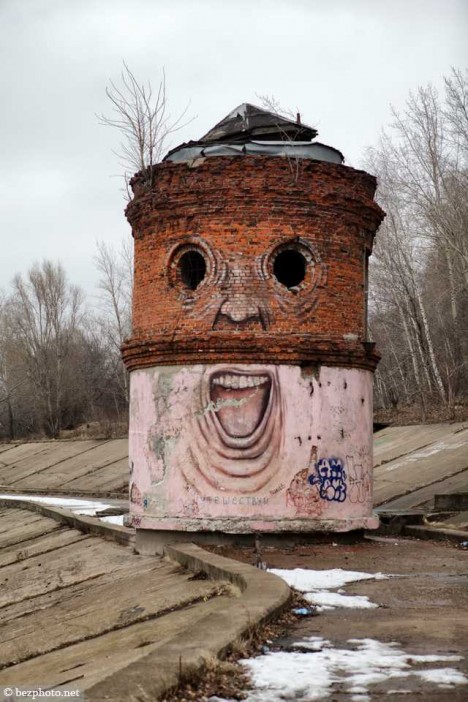 Hailing from the northwestern Russian city of Nizhniy Novgorod, Nikita Nomerz cut his artistic teeth in the field of hip-hop graffiti. For the past few years, however, his focus has been on street art of a different sort. Nomerz gets his inspiration from the buildings and structures he paints, seeing the inner “soul” of the edifice much as a sculptor imagines the finished statue before the first chip of the chisel. “The Big Brother”, above, is one of Nomerz’ earliest such works dating from 2010. The lowest of the three images was taken in April of 2015 – darned graffiti artists! 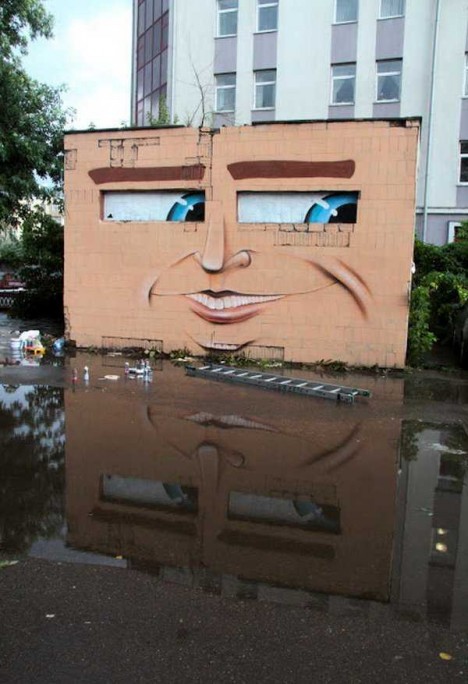 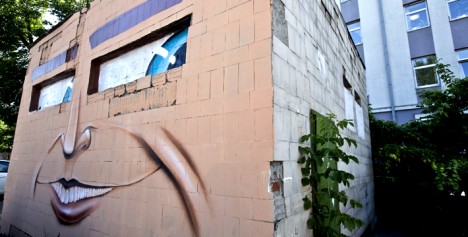 “When you are doing street art, you create a dialogue with passersby, architecture, nature and with other artists,” explains Nomerz. “Maybe on streets, art is not so durable, but it’s for real alive. Works which has been done on the streets are living their own life.” Since not everyone can see the life still couched within these derelict structures, Nomerz employs his own talent and creativity to bring it to the forefront. 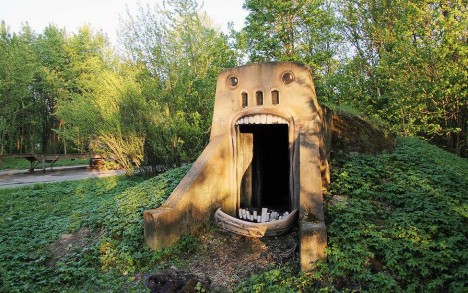 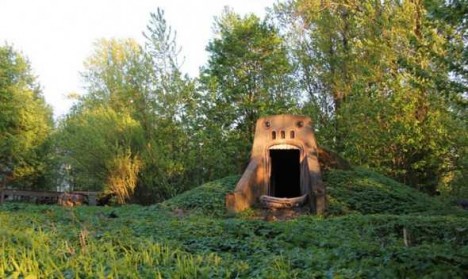 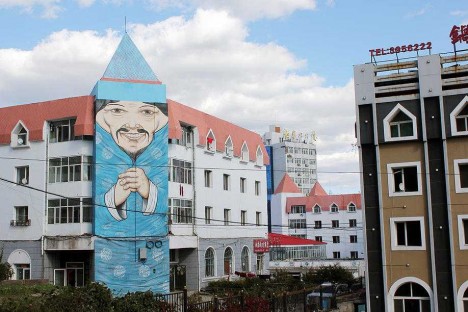 Since 2010, Nomerz has been engaged in a wide-ranging project he calls The Living Wall. From St. Petersburg eastward to the Chinese border city of Mudanjiang, Nomerz has left his mark – often quite a large mark – upon cities and towns in need of a little extra character. The bizarrely disturbing piece above is titled The Glutton; the striking installation below, The Chinese Residents. The latter stands out for NOT being created on an abandoned structure. 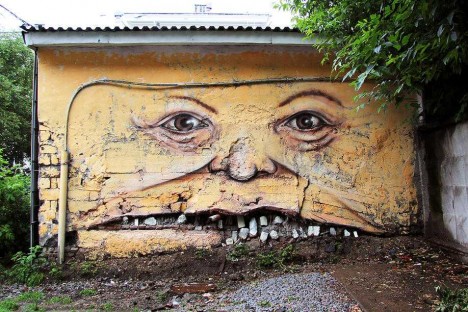 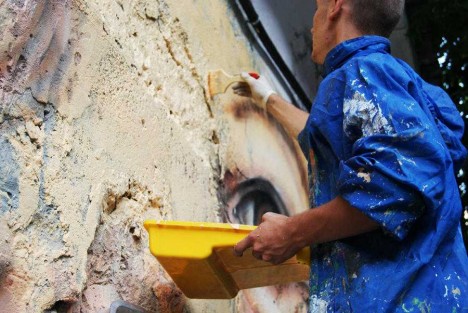 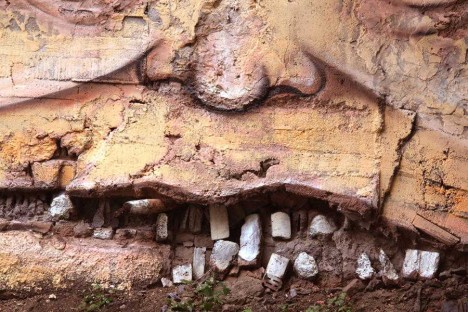 Nomerz’ main medium is spray paint but in some of his works, a little added plaster and some shifting of stone and/or brickwork is performed to enhance the composition. It’s startling how a row of decaying bricks can approximate a grinning mouth, as seen on The Toothy Man above – no doubt the building’s original constructors would be shocked at the transformation! 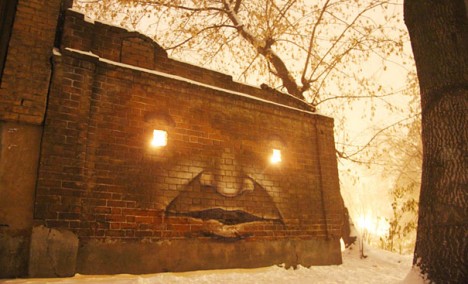 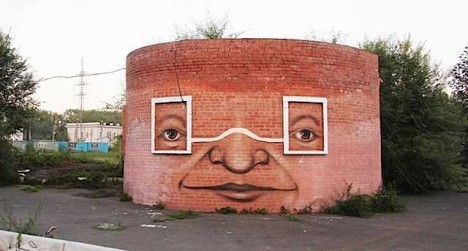 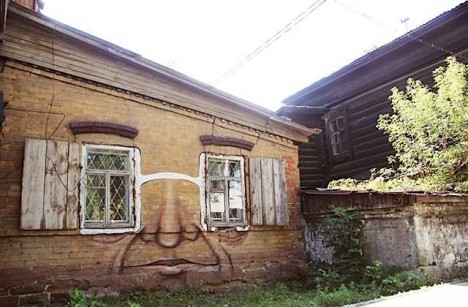 If the eyes are the windows of the soul, then the windows of abandoned buildings must be… OK, let’s not go there. Nomerz has no qualms about bringing out the inherent “personalities” of his inanimate subjects, mind you.