Blending fiction and reality, art and history, this series of superimpositions takes ‘then-and-now’ imagery all the back to the 18th Century on the streets and rivers of England’s capital city. Most of the added classics (spliced with Google Street View shots) are largely unedited, a few are strategically cropped but many show a naturally stark contrast in colors, tones, lighting, and of course: street life. 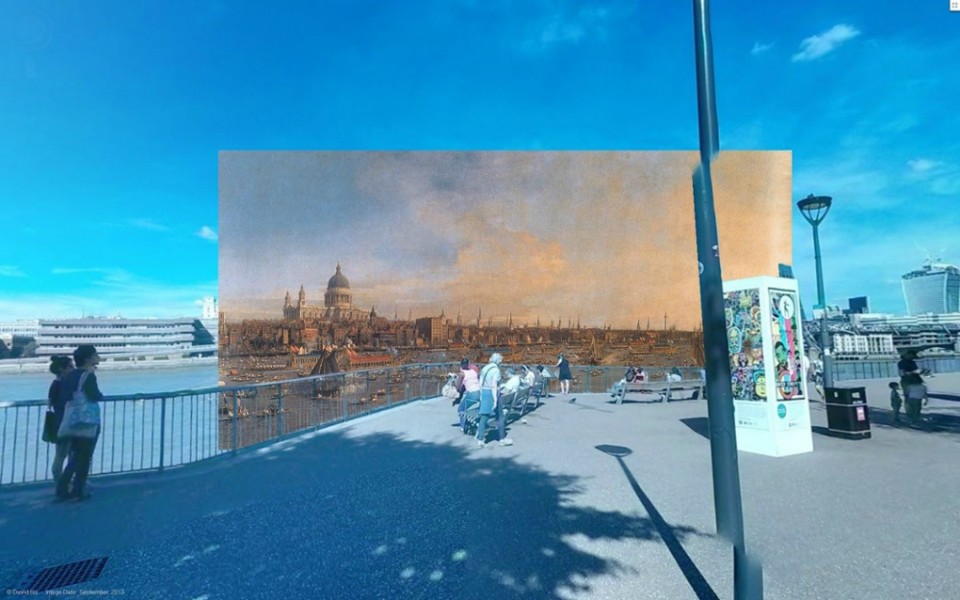 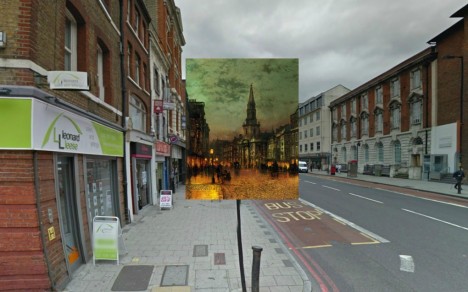 Collected and collaged by Halley Docherty, these hybrids show historical structures in their built environments like St. Martin in the Fields, shown at the top (painting by William Logsdail in 1888), a church situated on the opposite side of Trafalgar Square to Northumberland House, pictured directly below (painted by Canaletto in 1752 and since demolished). 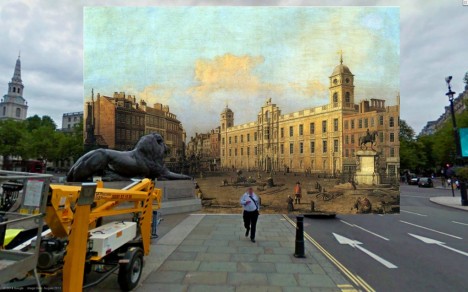 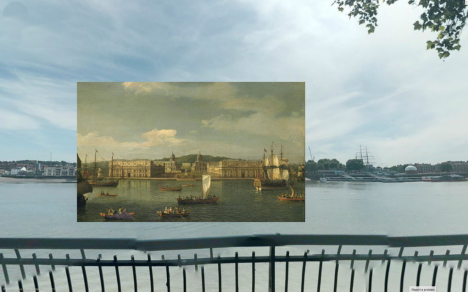 Various views of the River Thames show how the riverfronts, skylines, ships and boats and shifted in type and number over time, or highlight key points and storytelling scenes of local history set against the everyday backdrop captured by Street View vans. 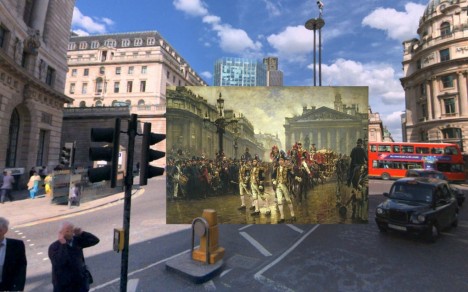 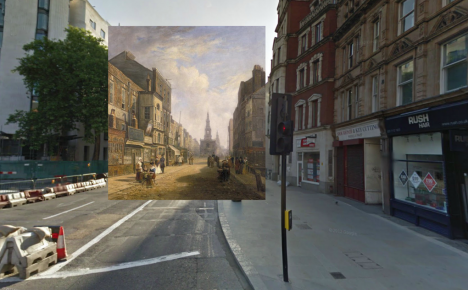 Many major streets are shown at least partly as they were, albeit with some embellishments or artistic license here and there, as well as the vehicles and people that populated them (just surrounded by contemporary persons and contexts). 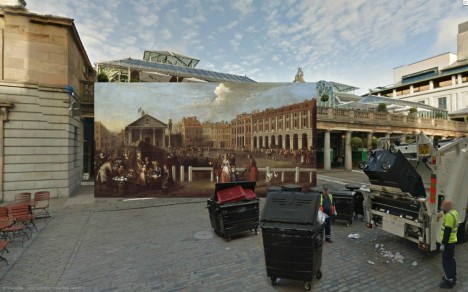 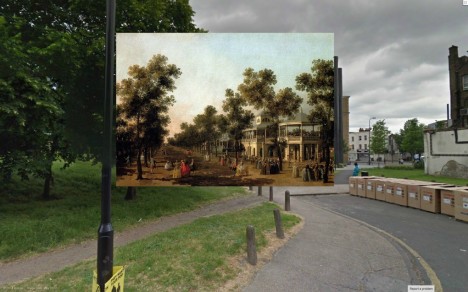 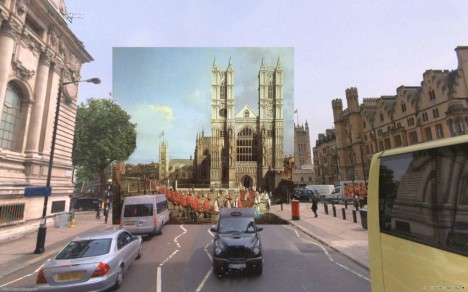 Other paintings shown in this collection include: A View of Greenwich from the River by Canaletto (1750–52), Blackman Street London by John Atkinson Grimshaw (1885), View of The Grand Walk by Canaletto (1751), The 9th of November, 1888 by William Logsdail (1890), The Strand Looking East from Exeter Exchange by Anonymous (1822), Covent Garden Market by Balthazar Nebot (1737), The River Thames with St. Paul’s Cathedral on Lord Mayor’s Day by Canaletto (1746) and Westminster Abbey with a Procession of Knights of the Bath by Canaletto (1749).