Often viewed as the domain of women within the home, the art of cross-stitch embroidery escapes its boundaries and finds a new footing within the modern world in works by Aheneah, also known as Ana Martins. The 22-year-old Portuguese artist and graphic embroiderer fell in love with textiles while working on her bachelor’s degree in graphic design, and now she works to “deconstruct, decontextualize and transform a traditional technique into a modern graphic, connecting cultures and generations.” 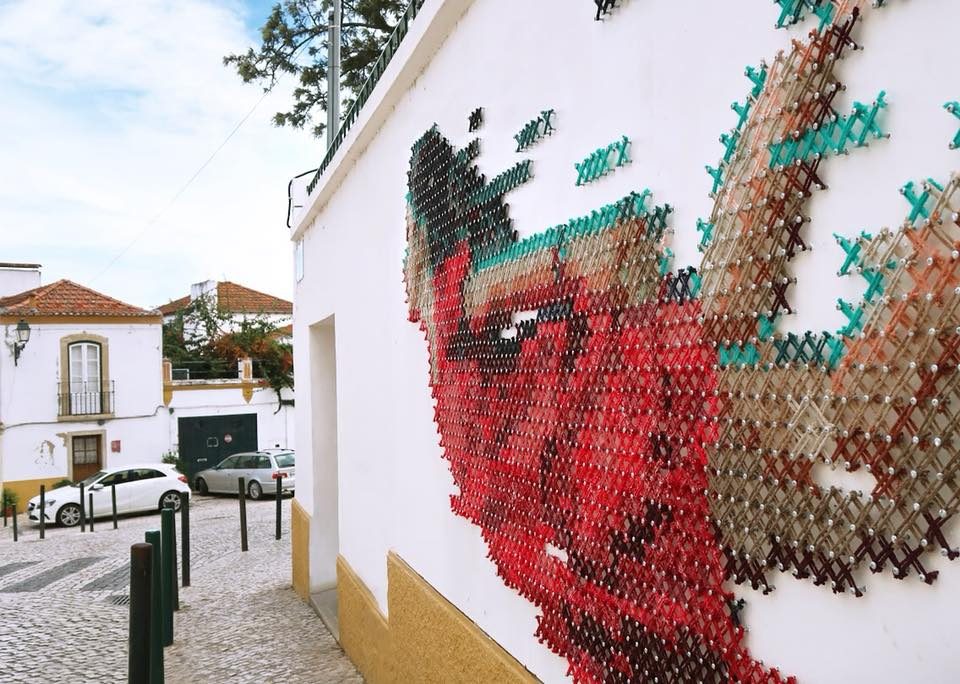 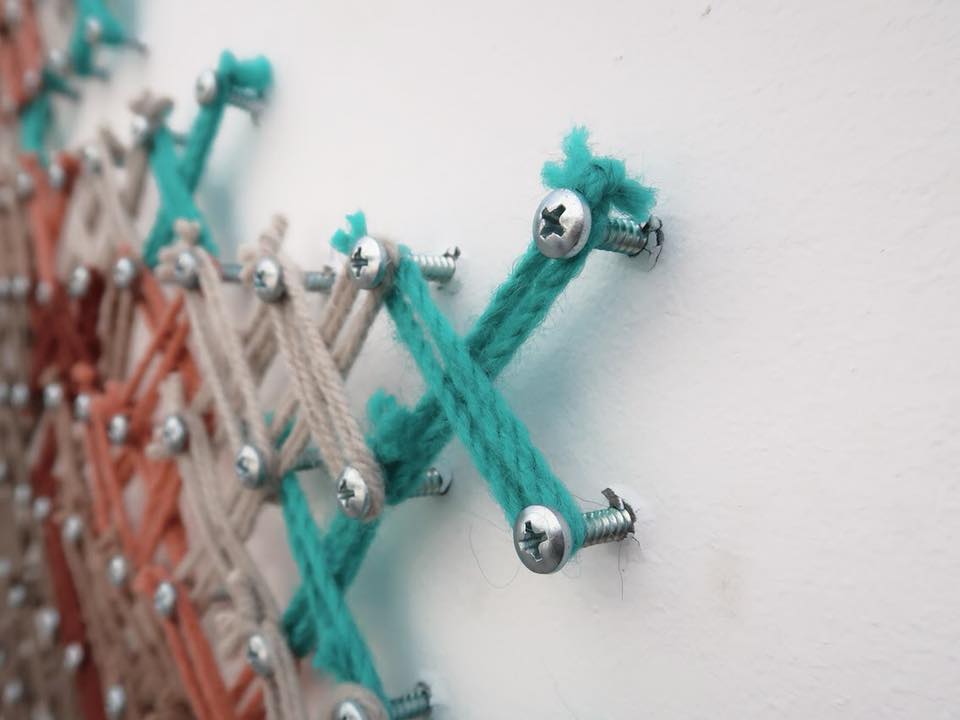 Aheneah’s most recent work is among her most arresting, installed on a wall in Vila Franca de Xira, Portugal using over 2,300 screws and almost 760 yards of yarn. She chose this particular location because it’s located along a popular route to and from a local school. She hopes kids will pause to take a look at it, taking in a real-world example of an ‘old’ textile craft retaining relevancy, even if it’s subconscious.

Matriz by the night? At Covilhã, Casa dos Magistrados, in the heart of historic center. A textile piece that takes the cross stitch technique to a new scale. After 1,5 kg of natural wool from @rosapomar and about 700 nails Matriz came to life. Once again, thanks to the amazing team of @wool_urbanartfestival, you have made this even more special ? ? @pedroseixorodrigues . . #streetart #streetartportugal #covilha #textileart #crossstitch #handmade #embroidery #wool2018 #wool #urbanartportugal

Previously, the artist installed a bright pink cross stitch mural in the heart of the historic center of Covilhã, Casa dos Magistrates in Portugal, calling it “A tribute to all great-grandmothers, grandmothers and mothers who teach things which we carry for our entire lives. A special homage to Narcisa, my great-grandmother, to whom I owe all the teachings that I continue to practice and promote in my daily work. A textile piece that takes cross stitch to a new (big) scale. After 1.5kg of wool and about 700 nails, Matriz came to life.” 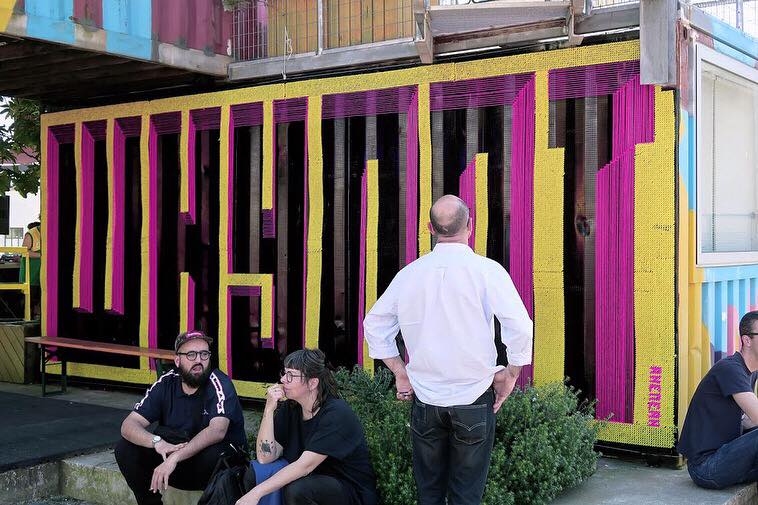 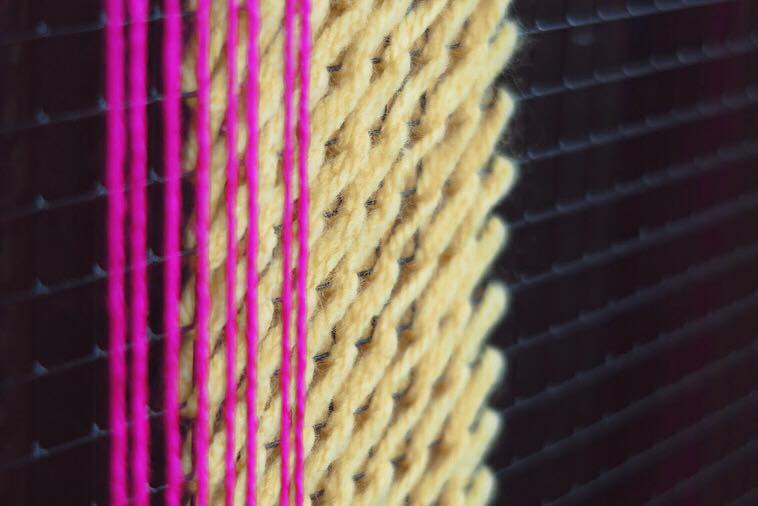 In addition to cross stitch works, Aheheah plays with textiles in other ways. An installation called “Why Not?” stitches lettering onto the facade of a shipping container at the Village Underground Lisboa, an international platform for culture and creativity, for the creative incubator space’s 4th anniversary. 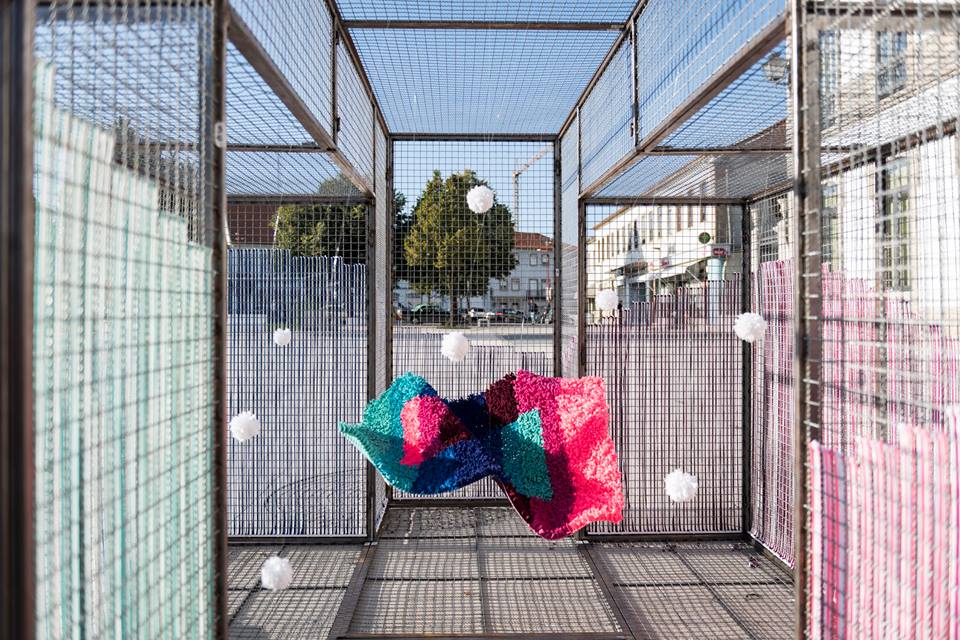 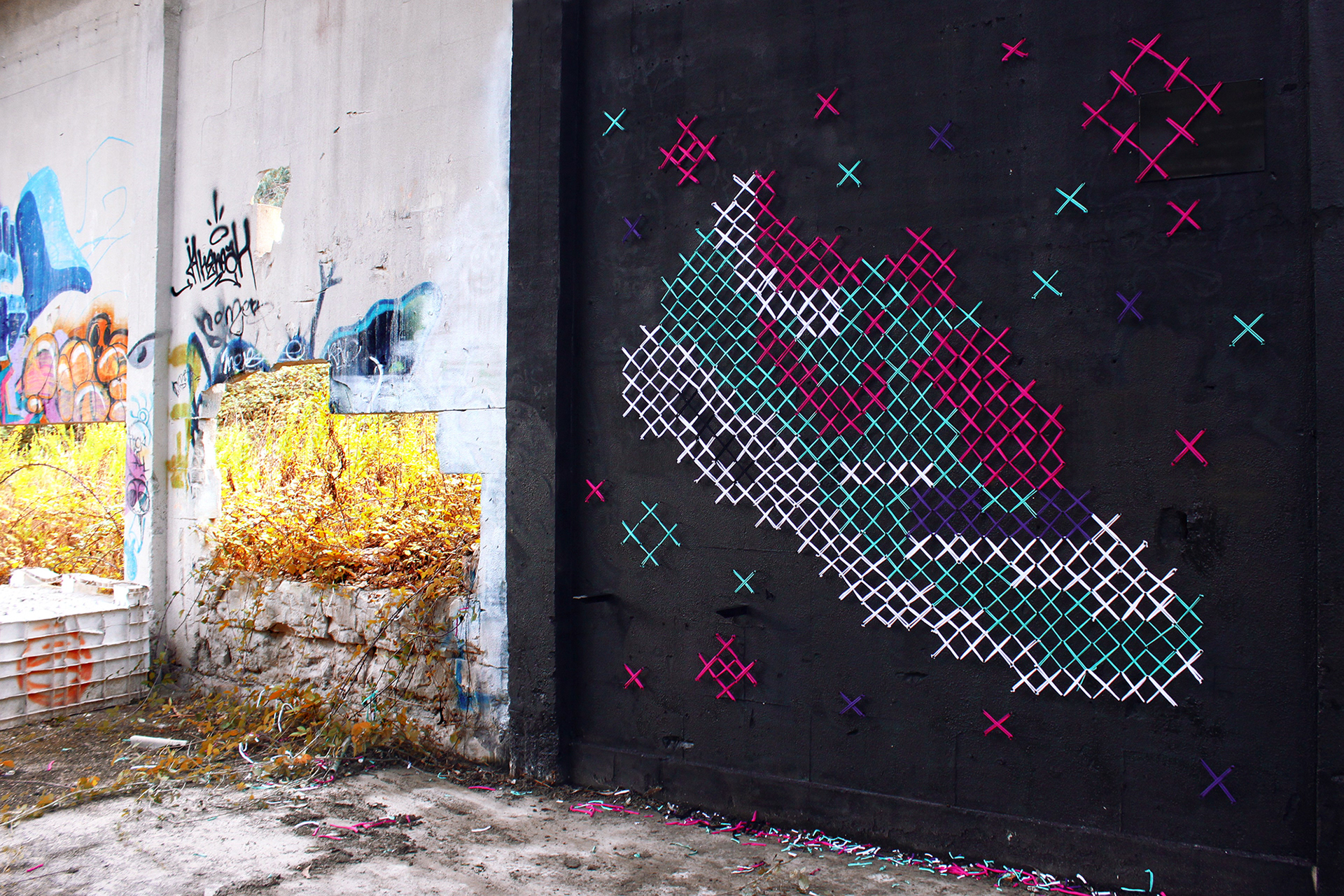 The artist also created an installation for the ESTAU street art festival in the city of Estarreja, challenged to “invade” a scenic structure produced by the Companhia de Dança Contemporânea de Évora to celebrate a local tradition of using fabric yarn as a material for carpets.