What looks like no more than an unweildy mass of Lego bricks stuck together into an abstract shape reveals itself to be not just one but two separate intricate shadow-casting designs. Artist John V. Muntean mounts his unusual sculptures on a special table to rotate them into just the right position in front of a spotlight so we can see what’s hidden within the positive and negative spaces created by the bricks. 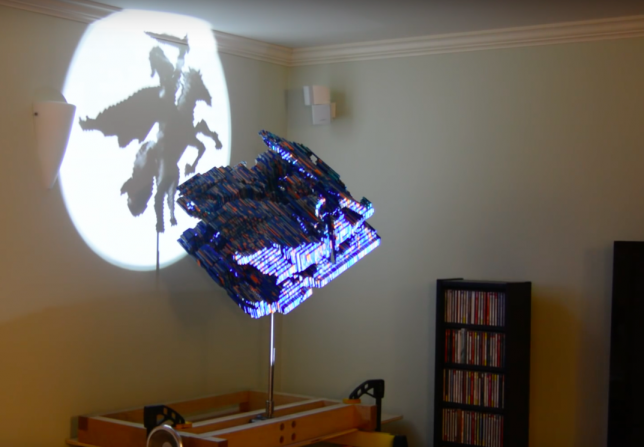 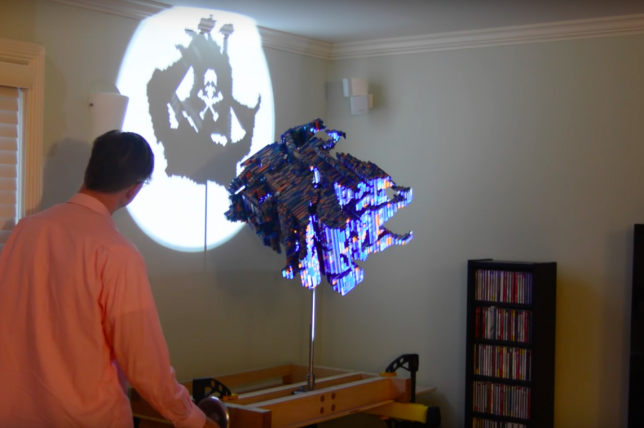 The artist calls it a ‘magic angle sculpture,’ and it’s just the latest of an impressive collection he’s created over the past couple decades. This appears to be the first time he’s worked with Lego bricks, though – the rest are sculpted wood. 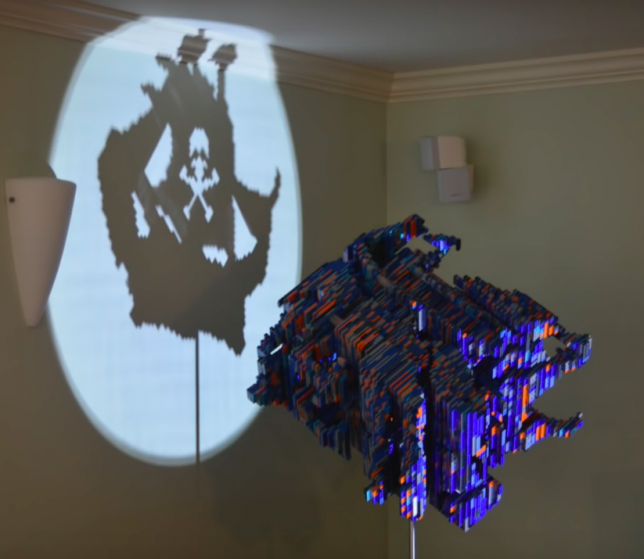 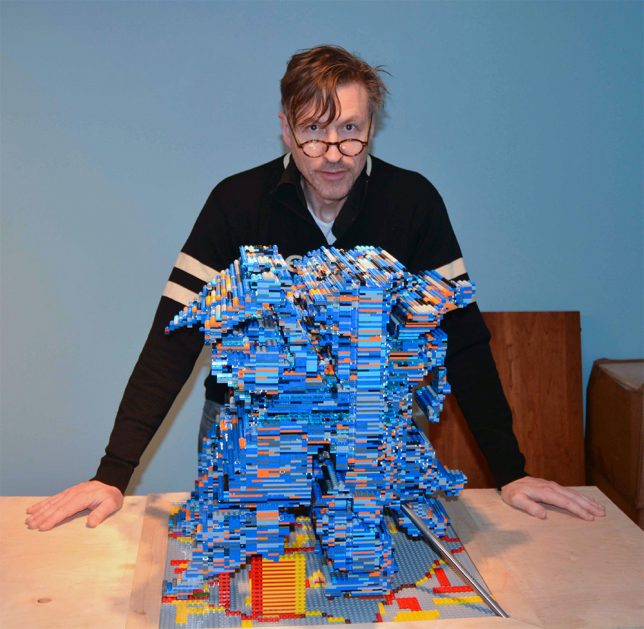 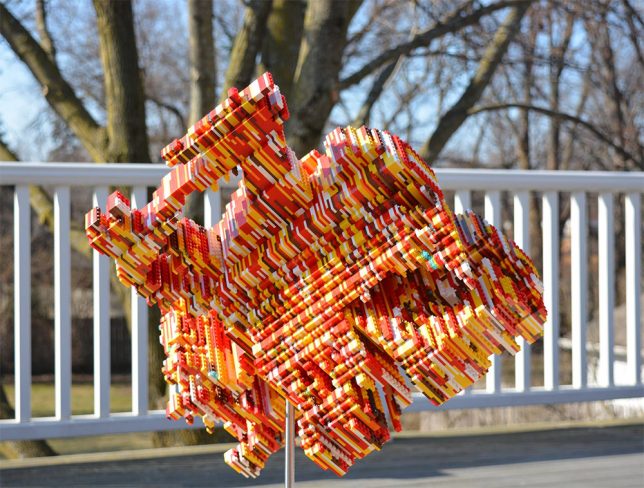 “As a scientist and artist, I am interested in how perception influences our theory of the universe,” says Muntean in his artist statement. “A Magic Angle Sculpture appears to be nothing more than an abstract wooden carving, skewered with a rod and mounted on a base. however, when lit from above and rotated at the magic angle (54.74 degrees) it will cast three alternating shadows. Every 120 degrees of rotation, the amorphous shadows evolve into independent forms. Our scientific interpretation of nature often depends upon our point of view. Perspective matters.”