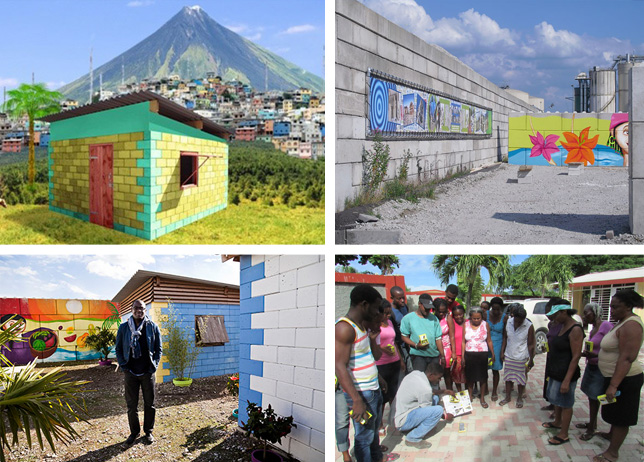 In the wake of intentional demolition or unexpected disasters, the Mobile Factory system can be shipped inside just two cargo containers and begin to turn rubble from ruins into building blocks for reconstruction.

Developed in The Netherlands, the technology filters concrete from other rubble, which is then cast into interlocking blocks (like LEGO bricks) that require no joinery to form stable walls. These units can be stacked without specialized training or equipment, making it possible for communities to rebuild efficiently and cheaply.

The resulting structures are earthquake-resistant, held together in part by bamboo rods threaded through voids in a certain subset of the wall blocks (which can also be used to thread in utilities, including plumbing and electrical lines). 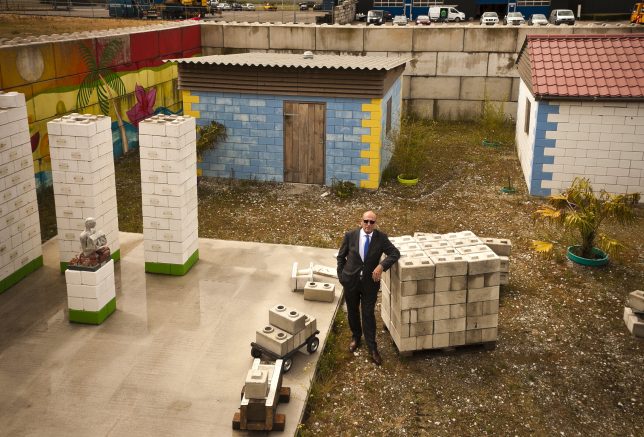 Since the system fits into a pair of shipping containers, it can easily be transported from site to site, building blocks close to where they will be used and reducing transit time and costs. The reversibility of this construction approach also means that temporary buildings can be erected quickly in the wake of a disaster. In turn, these can be disassembled or adapted easily in the weeks, months and years following an emergency situation.

Consider the 2010 earthquake in Haiti that left hundreds of thousands dead and millions homeless. Over five years later and the country is still littered with 25 million tons of construction debris, which technologies like this can help turn into affordable housing. Indeed, the Mobile Factory organization is looking into expanding their work in Haiti, Peru and other countries in need of this tech. 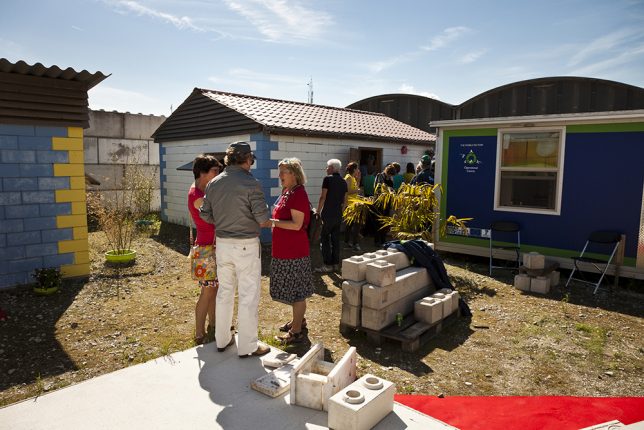 “In disasters, you have piles and piles of rubble and the rubble is waste. If you are rich, you buy more bricks and rebuild your home,” said one of the organization’s founders. “But what happens if you are poor? In disasters it is the poorest people who live in the weakest houses and they lose their homes first. I thought, what if you recycled the rubble to build back better homes for poor people?”

Beyond wars and tsunamis in nations further afield, there are potential urban applications in densely-built places like the Europe and the United States: cities like Baltimore and Detroit spend vast amounts of money demolishing buildings (and in some cases: entire blocks), then clear the rubble and put it in landfills. This technology suggests an alternative: reusing on or close to the demolition site, reducing material and energy waste as well post-demolition transportation costs.