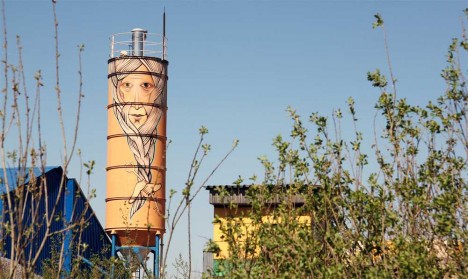 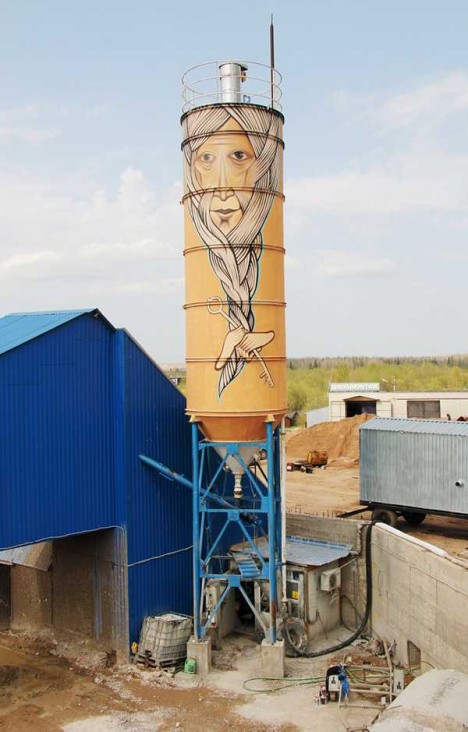 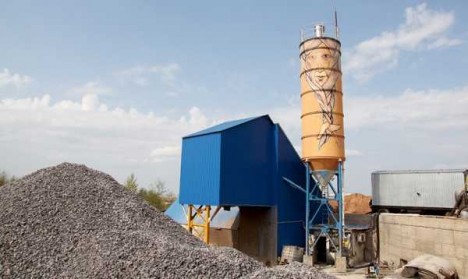 Not all of Nomerz’ works gaze out from abandoned structures. Take “The Keeper of the Keys”, for instance. Located at a factory in Pikalevo, near Moscow, Nomerz’ image of a bearded sage lends a sense of wisdom to an otherwise unremarkable storage tower. 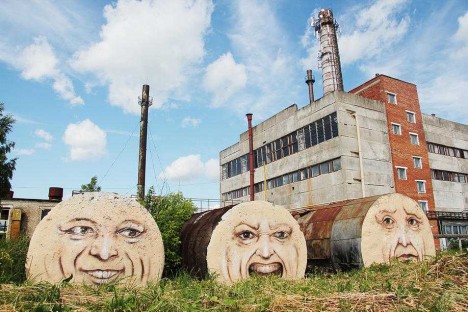 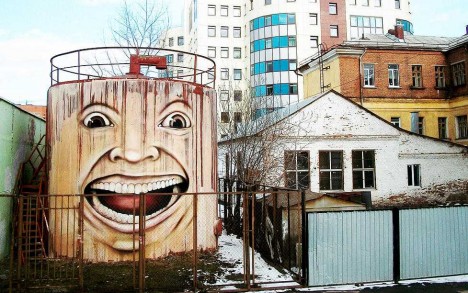 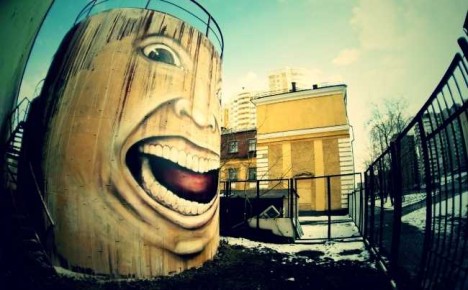 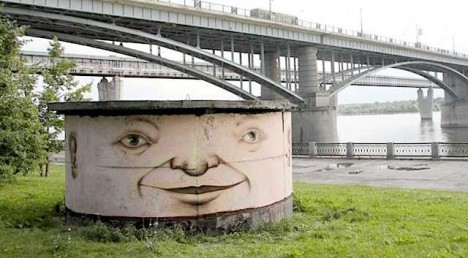 Was Nomerz channeling some Thomas the Tank Engine while arting up a trio of tanks at an abandoned factory in Perm? The faces on the tanks exhibit a curious range of emotions, possibly typical of anyone stuck at an abandoned factory in Perm. It would seem Nomerz is quite partial to tanks of all kinds – all kinds of tanks across Russia have felt the cool caress of his spray paints. 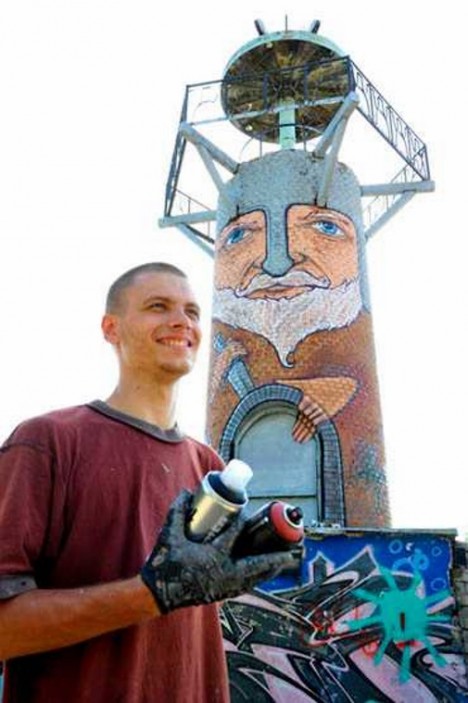 They say one night in Nizhniy Novgorod is like a year in any other place… or maybe it was Bangkok, who can really say? Nomerz spent more than one night (but less than one year) in the Russian city painting “The Bogatyrs” on three metal-roofed storage sheds. As bogatyr is Russian for knight, one might say Nomerz DID spend On more than one knight. 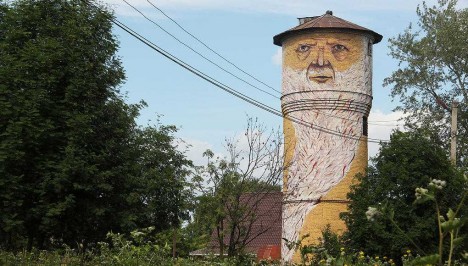 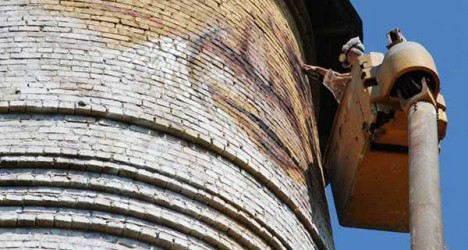 “The Tower Man” in Perm – when naming his works, Nomerz calls ’em as he sees ’em – appears also to be a product of its roof in that, like The Bogatyrs, the style of roofing dictates the face painted below. 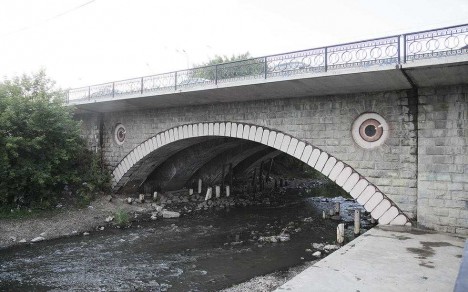 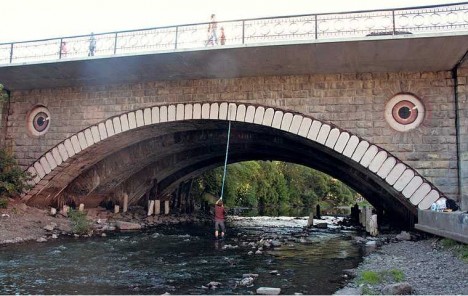 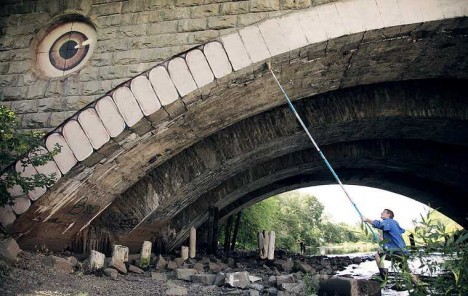 Ever have a nightmare in which your boat is sailing beneath a bridge when the span comes alive, flashing a row of chomping choppers that… and then you wake up. We advise anyone taking a river trip in Ekaterinburg, Russia, not to take any naps anywhere in the vicinity of “The Mostr”, an underpass you don’t want to pass under. 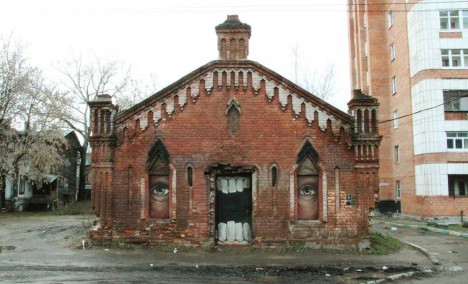 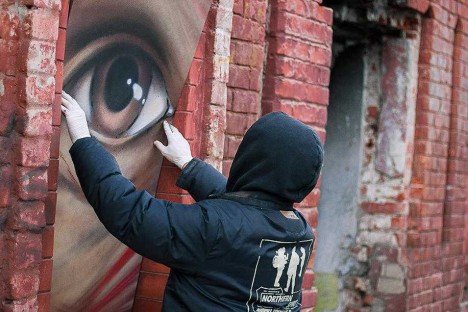 Speaking of mostrs… well, monsters at least, we’ll leave you with “Monster House” in Nizhniy Novgorod. Composed upon an abandoned church, the work combines a clever mix of media to create a rather less than welcoming home. On the bright side, we’ll bet the occupants (if any) are rarely troubled by Mormons, Jehovah’s Witnesses or Girl Scouts: in post-Soviet Russia, Monster House trouble YOU!