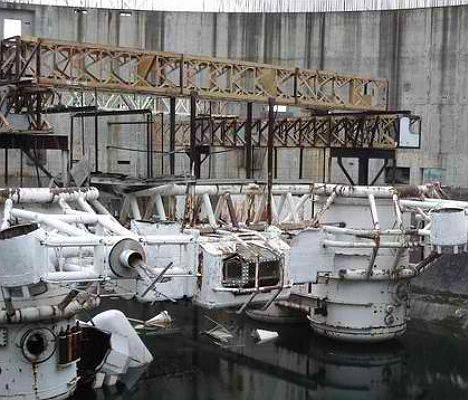 The psychological stress and real-life danger of being stuck on an experimental underwater oil platform, teetering on the edge of a deep-water trench, was captured with eerie perfection in James Cameron’s 1989 film The Abyss. Set in the Bahamas, the movie was actually filmed at the abandoned Cherokee Nuclear Power Plant outside Gaffney, South Carolina. Cameron’s massive set remained at the facility before it was finally demolished in 2007. Urban explorers have provided io9 with a glimpse of that rusting set, in a series of photos taken in 2003 and 2004. 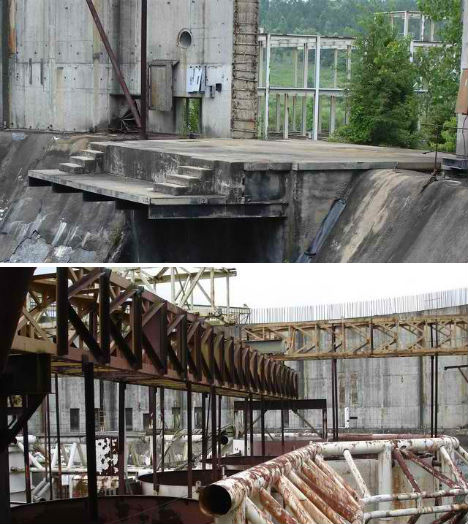 Stalled by economic problems since its construction in the early 1970s, the Cherokee Nuclear Power Plant sat empty for over two decades before Cameron used it and one of its tanks – at the time, the largest freshwater tank in the world – as the set for The Abyss. The filmmakers modified the original containment vessel for the reactor chamber so that it could hold an astonishing 7.5 million gallons of water. This tank was used for the main exterior of Deepcore, and the full-sized exterior Montana missile deck, while a smaller tank was used for submarine interior shots. 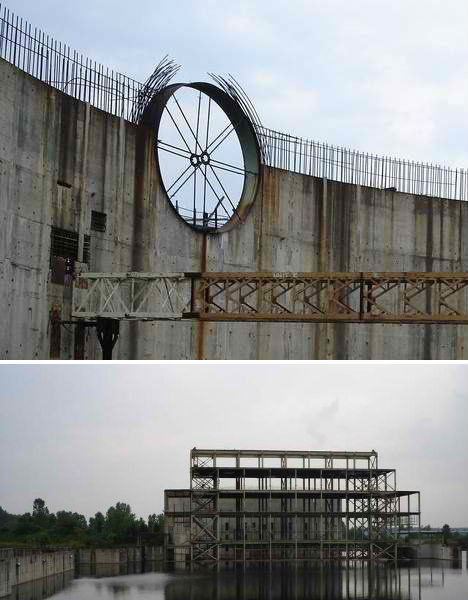 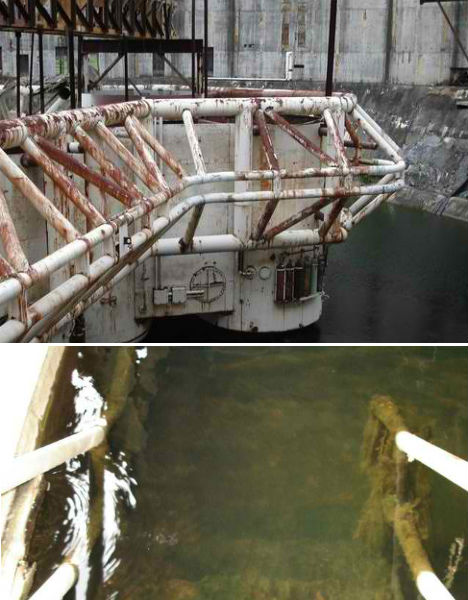 Cameron’s sets were so large and complex that disassembling them was too expensive. They remained inside the tanks, marked with signs that proclaimed them the property of 20th Century Fox and prohibited photography. That didn’t stop explorers from finding their way inside and documenting these modern ruins. In addition to the photos at io9, you can check out some images of the Deepcore exterior, the decompression chamber, the central control area and more, taken in 1994 by Mike Prendergast. 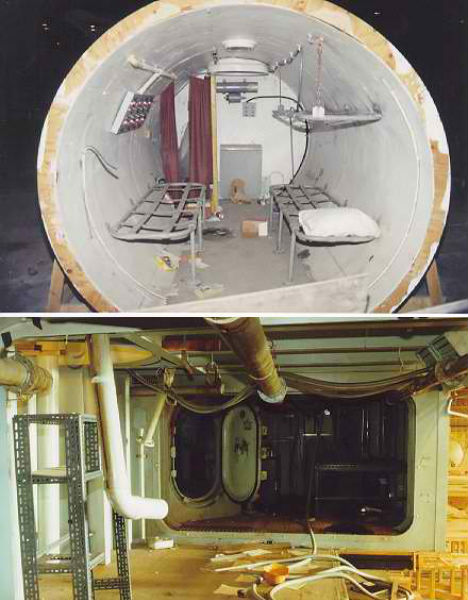 Luckily for those of us fascinated both with the process of building this set and with the abandoned nuclear plant in which it was built, there’s also documentary footage of the construction. See part 1 of ‘The Making of the Abyss’, which was included on the special edition of the DVD, above.