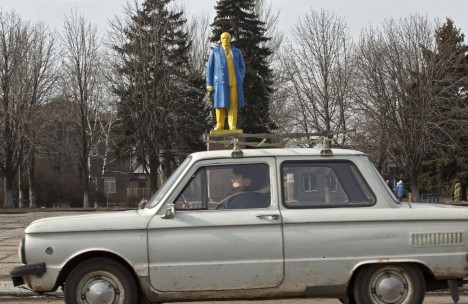 In photographer Vadim Ghirda’s photo above, “a man rides in a car by a statue of Lenin, painted in the colors of Ukraine’s national flag, in Velyka Novosilka, Ukraine, Thursday, Feb. 19, 2015, near the border between Russia backed rebels and Ukrainian held territories, on the Ukrainian side.” Umm, yeah, you’re not likely to see such a thing on the pro-Russian side, amiright? As for that “car”… well, no wonder they’re mad at Lenin. 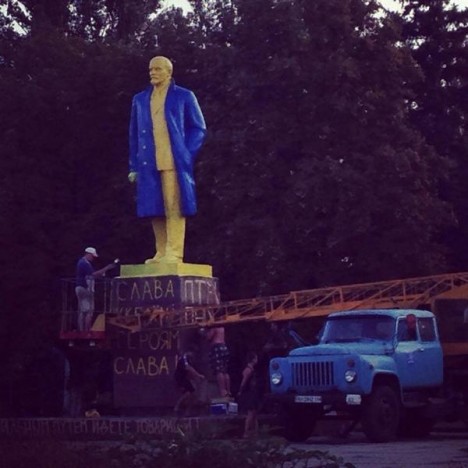 The brightly painted Velyka Novosilka Lenin statue is one of the best-known examples of protest-by-paint, for want of a better term. Relatively quiescent Velyka Novosilka offers photographers the peace and quiet needed to compose their shots, and the statue itself is painted quite nattily – obviously the artist or artists enjoyed similar conditions and could paint at their leisure… hey, these dudes look more like city workers than revolutionaries. Just sayin’.

From Bust To Boom 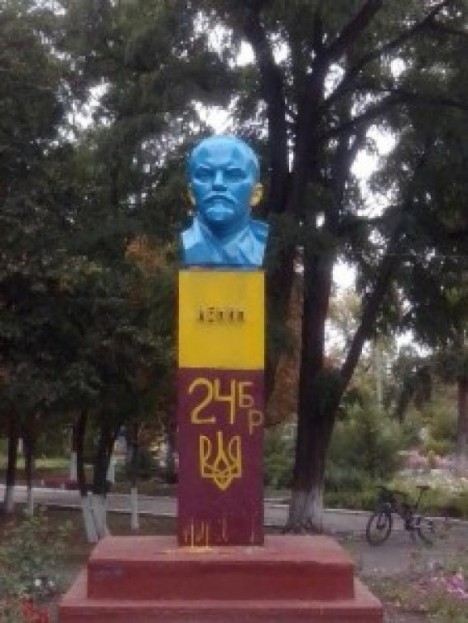 This bust of Lenin in Starobilsk, eastern Ukraine, sports a bright blue face highlighted by contrasting yellow ears… the better to hear the proletariat with! A report from Espreso.tv dating from early September of 2014 describes the statue as having been painted by “unknown patriots”. Can we call them “paintriots” instead, because that would be awesome. 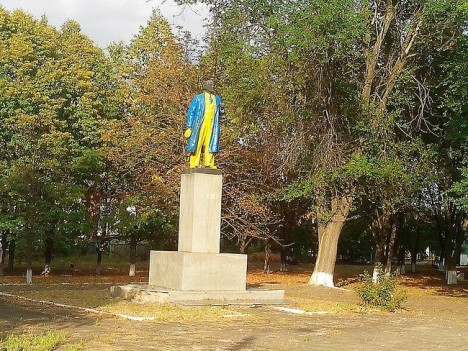 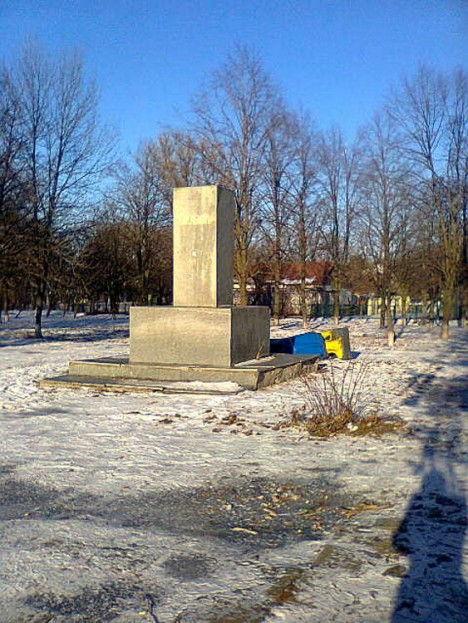 Ukraine boasted hundreds of statues of Lenin during the Soviet era but one by one, they’re all coming down. More than a few are coming down with a nasty (depending on your POV) blue & yellow rash before they kick the bucket, though. 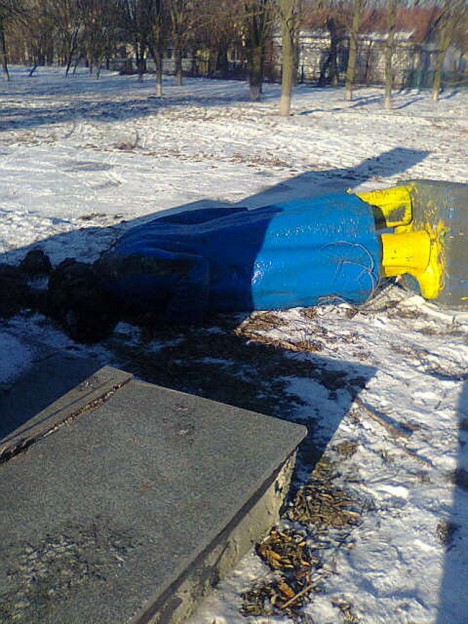 The above example stood proudly in a small town in rural Zaporozhye region before “unknown persons” first painted it, then pulled it down.